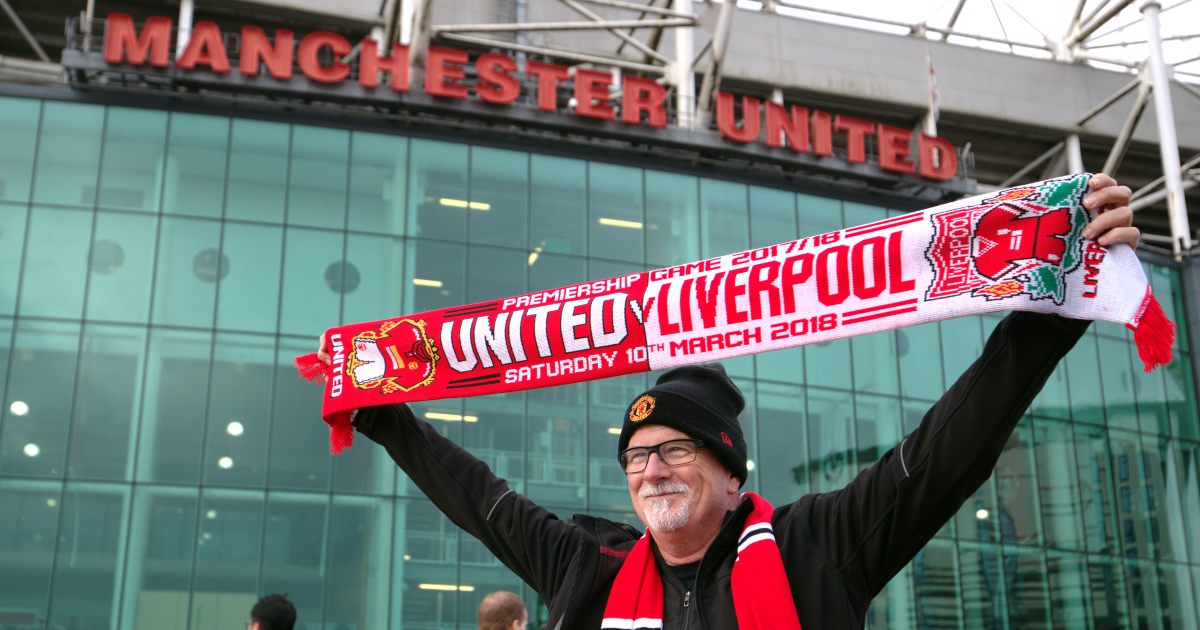 On Monday, UEFA was set to approve the new, awful Champions League format: one big league of 36 teams playing 100 extra games, invented to head off a European Super League. Ah but hold on, too late, that’s already happening. In a move which suggests massive duplicity, six English clubs have agreed to form a European Super League, presumably while simultaneously agreeing with UEFA to take part in the new Champions League which will surely not now happen.

And what’s more they want to play this ESL midweek and go back to domestic football on the weekends. Well they say they do, but they must know this will not be tolerated.

But wait, now the rest of football, UEFA, FIFA, the FA and federations have all had an attack of the vapours and say they will ban players who take part in a breakaway competition from the Euros and World Cup. Oh, scary. Let’s see, £350k a week or playing games against Slovenia? As a threat it’s impotent. Half the players hate playing for their country anyway.

They must think we’ve had our eyes shut for 30 years and this is some sort of fall from grace rather than inevitable development of the insatiable greed culture they themselves initiated or tolerated. The moment it went behind Sky’s paywall in 1992, this was all inevitable. Sleep with the devil and the devil will take you away, preferably in an air-conditioned coach.

In a breath-taking, butter-wouldn’t-melt retort UEFA said: “This persistent self-interest of a few has been going on for too long. Enough is enough.” They must think we’re stupid. Self-interest is shot through the whole of football and they’ve been proactive in feeding it. Their feigned innocence is pathetic. They’re as drenched in sin as anyone.

To say either of these options is unpopular with their supporters is to understate it massively. 17 fans’ groups from 14 clubs who are represented on the European Club Association board wrote a brilliant open letter last week to address the Champions League changes, but it can be taken as a pin-sharp excoriation of both of these proposed changes and of the morals and drivers behind them.

‘Your plans to restructure the Champions League by increasing the number of games, introducing qualification based on past achievements, and monopolising commercial rights present a serious threat to the entire game.

‘Instead of realising your supposed goal of ‘building a successful, sustainable, and socially responsible football industry’, you will only make the gap between the rich and the rest bigger, wreck domestic calendars, and expect fans to sacrifice yet more time and money.

‘All for the benefit of whom? A handful of already wealthy clubs, investment firms, and sovereign funds, none of which have the legitimacy to decide how football should be run. Even most ECA members stand to lose out from the proposed reforms.

‘Such a blatant power grab would be indefensible at the best of times, but at the height of a global pandemic, it is nothing more than crisis profiteering – not to mention a stark contrast to the solidarity displayed by fans.’

Brilliantly put. And it sets UEFA’s response to the European Super League proposal into proper context. This looks like two incubus fighting over which one gets to rut on the comatose body of football.

What any of us think about either of these greedy proposals will not be heeded. We didn’t want the Champions League alterations, we don’t want a European Super League. But we’re not important to them.

It is as though we’re not even here, because there aren’t enough of us. More broadcast rights money for more games to be shown to more people is all that matters to any side in this. That money is not in Europe anymore, it’s in India, China, Thailand, Brazil, Japan and elsewhere. Do they want to watch Fulham play Brighton? No they don’t.

As we’ve seen for many years, the numbers watching in the UK can dwindle but the charade continues anyway, fuelled by TV funding, tournament handouts, billionaire owner non-repayable loans and dodgy sponsorship deals, all in pursuit of sports-washed respectability and governmental acquiescence, it’s become an indigestible gloop of bilious crapulence which has long needed flushing down the toilet of history.

Everything in that letter is correct, and I understand the outrage, but y’know, so what? Let’s just get rid of these six. Their time is up. All they’ve done is reveal the face behind the mask which we’ve surely known has been there for years.

We stand on the verge of a better day. Life will be far better for the majority without the six. The idea often promulgated that it’ll be an inferior product without them is mad. Great games of football don’t need the greatest players, or Joelinton. Lower-league football wouldn’t get 35% more fans through the gates than the Premier League if that was the case. Football is not an exhibition sport that needs the finest players to be entertaining, and if you want to see them, just turn on your TV and pay your subscription.

There’s been a lot of huffing and puffing from prominent ex-players like Jamie Carragher and Gary Neville (that it was done on Sky is to say the least a bit tricky), but if they thought their clubs were not run by greedy disaster capitalists who would exploit any and every way to make more money as soon as they could, they were naive. These are not their old clubs any more. They’re just wearing their clothes, wearing their shirt.

Unhappy fans of the breakaway clubs will have to stay away, support another club, or just go along with it. Sorry if that seems harsh, but this is a revolution your club dreamed up without thinking about you. They have changed your world without asking you. You might not be pleased about it, but what are you going to do to stop it? There’s nothing you can do. They don’t need you, don’t care about you. They have more fans elsewhere who like the idea of big games against big clubs to satisfy. And that’s the perhaps unpalatable truth. Millions and millions want this. It’s just not the traditional fan base.

It goes without saying that most of us don’t give a toss for this European Super Jerk Off League any which way it is constructed. We’d rather have more competitive domestic leagues and two great cup competitions. Should we even be flying to Europe to play football in a climate crisis anyway? It’s a serious question.

We might doubt it, we might want to point to reasons to show why these clubs do care about us, but any indication they do is just PR to con us into giving them the benefit of the doubt. We shouldn’t. They don’t.

These clubs are owned by people who don’t know us, who don’t understand us and don’t care about us. They disregard everything we think, say and feel. They leave us helpless. They take our money, but do not respect us for paying it, quite the opposite.

They are contemptuous of us to such an extent they will ignore everything we say. Blinded by money lust, these clubs have ploughed on with their scheming. Our affection for them is a one-way street and we are frankly having the piss taken out of us by this cabal of corporate brand rights holders and have been for years. Honestly, what is the point in supporting any club taking part in any of this? We didn’t sign up for it, were not asked and are being bounced into it.

It’s no use in being loyal to these clubs that meant so much to you and generations before you, because it’s not the club you used to support. Just because it says Manchester City or Arsenal on the door doesn’t mean that’s who they are. They could just as easily be the Sky Blue Dreamers or the Red & White Arrows. History, tradition? This is a new world and those things don’t matter to these people.

We’re all just mugs to them. Absolute mugs. Fools who will give them money no matter what they do. Even as they punch us repeatedly in the face, we hand over more to get punched once again. Sometimes they seduce us with honeyed words so we will hand over more money, then they will hit us in the face again, even harder this time. They will kick us when we’re down, will rob us and then will step over us when all our money is gone. Remember, it is not the club you support, it is just wearing its coat.

It’s a global game, we are not the globe, power is shifting and the nature of such businesses is to follow that shift without sentiment, hesitation or looking back.

They’re just a football facility looking to maximise money and they can’t do that in the Premier League because the world is not interested in most of the games they have to play.

So f*ck off and do it now. Don’t even wait until the end of the season. What you are now, will not be missed. It will be a blessed relief to see the back of you. This is a happy day. A great day. It is liberation. It is the day we can at last look forward to the First Division returning. Not so bloody Premier now, are you?

Everyone moves up six places. Everything is suddenly more competitive. Leicester City and West Ham are fighting it out for the title. A whole restructuring of football on a smaller budget and more sane economics will have to be on the cards.