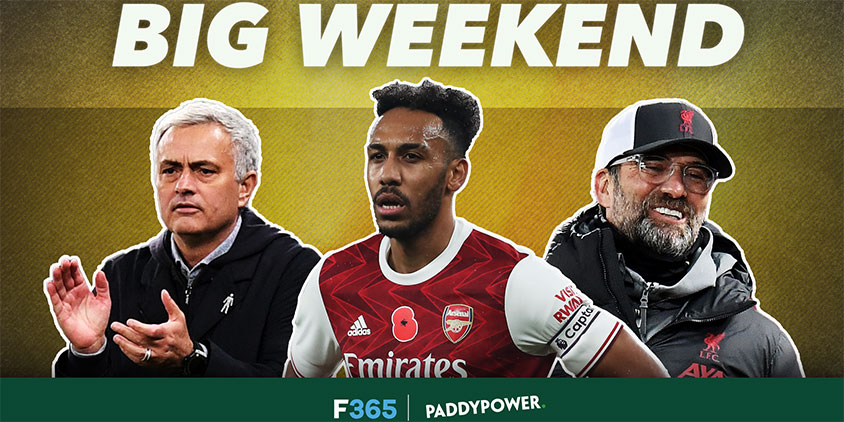 After getting the better of Manchester City with a classic Jose Mourinho performance, Tottenham turn their attention to Chelsea this weekend as they look to keep their place at the top of the Premier League.

Speaking on the latest edition of the Big Weekend on YouTube, Mark Smith and Sarah Winterburn analysed what promises to be an exciting encounter between the master and apprentice in Mourinho versus Frank Lampard.

Winty said: “Two teams at the top of the table, both coming off really good results last weekend. Spurs in particular who did a beautiful job on Man City… as Twitter keeps reminding me all week after I sort of said unkind things about them last week.

“What do I expect? Mourinho isn’t it. He’s going to set traps for Chelsea. He’s going to sit so far back. His Spurs side is great. He knows when to attack, he knows when not to attack. He’s found the exact right set of players for what Jose Mourinho wants to do. They’re just good enough to do what he wants to do and not good enough to tell him to F-off basically. They’re in that very sweet spot for Jose.

“This is their best chance of winning the title. They’ve got Jose Mourinho. First couple of seasons of Jose Mourinho, they’ve all bought in, there’s a slightly weird feeling about this title race anyway.

“But Chelsea, they’re coming good aren’t they. They’ve not played anyone great. The teams they’ve beaten are mid to lower table. They’ve not looked brilliant against the better sides. This is going to be a tactical battle and all logic tells you that Mourinho will beat Lampard in a tactical battle if it comes down to that. So, I fancy Spurs to beat Chelsea on Sunday which will really put the cat among the pigeons.

“He [Mourinho] is going to play to the thousands that are not there. He’s going to absolutely relish this. It’s master vs apprentice, it’s Mourinho back at Stamford Bridge. It’s the battle between the guy we’re not sure about and the guy we had to reassess what we think about. Mourinho’s not yesterday’s man, he may well be tomorrow’s.”

After going two games without victory, Mikel Arteta will be keen to steer his Arsenal side back onto the winning tracks. Winty shared her frustrations with Arsenal and, in particular, Arteta’s tactics.

“Instead, they’re playing to this very clear path of what to do. Someone like Willian has said it’s really unusual. You’re basically being told what to do in every situation. You’re taking that element of instinct out of it and making it about coaching. That only works to a certain extent, certainly doesn’t work straight away.

“We talked about Willian. He’s been terrible since the opening day against Fulham. Got away with flying to Dubai. Any other player wouldn’t have got away with that. Arteta has left himself massively open to calls of favouritism there.

“He needs to change something and to me Willian is the obvious one to go. Unfortunately, Nicolas Pepe’s red card means that probably Willian will keep his place. But he needs changes there. They missed Thomas Partey last week, but we can’t put it all down to him. They’ve looked stodgy.”

One game which sticks out as a potential classic is Everton’s encounter with Leeds United. For Winty, the clash between Carlo Ancelotti and Marcelo Bielsa is not something she ever expected to see in the Premier League.

“It seems like a dream doesn’t it. And they’re not managing any of the traditional top six which is extraordinary. It just shows you the ridiculous depth of talent amongst managers at the moment. And also, three of the actual big six are managed by relative rookies.