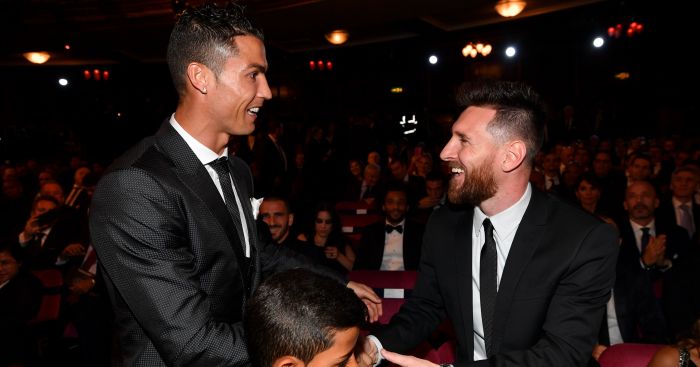 Game to watch – Arsenal v Liverpool
Arsene Wenger has been scratching his head this week, and for a change,it isn’t the vast range of issues surrounding his own team that is giving him reason to ponder. Arsenal are about to face one of the most potent attacking forces in the Premier League, and Wenger knows all too well the damage Liverpool can cause.

The 4-0 humbling at Anfield in August was, as Wenger says, the type of defeat that you can never quite shake off. The Gunners were outclassed, out-thought and out-fought, with a four-goal deficit flattering the visitors.

Jurgen Klopp’s men have been in similarly prolific form of late, though they remain prone to maddening inconsistency, as they showed against Everton and West Brom. When they spark, they are too hot for most to handle, illustrated by the fact they have scored three or more goals in nine of the last 14 matches.

So Wenger must consider how to stop Liverpool and he admits it is a poser he has not solved. “It depends on their personnel,” Wenger said on Thursday. “They have plenty of offensive players and looking at them recently, they have changed a lot their teams so it is difficult to guess. Do we play in a four or a three or a five? I have some more time to think about that.”

Returning to that thrashing at Anfield, as Wenger’s mind so often will like a Vietnam flashback, the Arsenal boss will remember that his team fell for Liverpool’s rope-a-dope tactics, with the Reds conceding possession (they had 49 per cent possession – their second-lowest of the season, seeing the ball less only in the chasing they received while a man short at Manchester City) to draw the Gunners out of their defensive shape before blitzing them on the counter. Jose Mourinho’s Manchester United employed a similar trick at the Emirates earlier this month, even if they had to rely on their ridiculously good goalkeeper and Arsenal’s ridiculously bad finishing.

Since Mourinho’s smash and grab, Arsenal have tightened up with four clean sheets in their last five. The opposition bears consideration, though: BATE Borisov, West Ham twice and Newcastle. Those clean sheets were achieved with a back four, while they were thankful for a late leveller with a three-man defence at Southampton. With Shkodran Mustafi available again and the issue of who to play at left-back or left wing-back, Wenger has many decisions to make.

So too does Klopp. The Liverpool manager has tinkered a lot of late, and with this representing the first of five games in 14 days which culminates in an FA Cup Merseyside derby, the German will no doubt try to be as clever as possible in preserving his squad through football’s silly season. But, as a neutral, you would hope that he doesn’t get too busy and instead unleash his fab four together, with Emre Can back to hold the fort while they have their fun.

The perception is that these sides can’t defend, but only Manchester United have kept more clean sheets than Arsenal, with Liverpool having just one fewer than the Gunners. However, the narrative based around two poor rearguards suits the neutral best, and the hope is both managers opt to test the other’s defence rather than focusing too heavily on their own. If Wenger wants revenge, as he suggested he might, then it’s probably no use taking the scars from Anfield into battle on Friday and instructing his men to fight conservatively. Let’s have a festive slugfest.

Player to watch – Wayne Rooney
Everton has proved to be Sam Allardyce’s easiest salvage job, and a large part of the new manager’s early success at Goodison Park has been down to Rooney’s astonishing upturn in form.

Six goals in his last five games have taken him to 10 for the season, so far keeping pace with Romelu Lukaku and Sergio Aguero. Only twice before during his 15-season career in the Premier League has Rooney reached double figures by Christmas and then, in 2009/10 and 2011/12, he was playing as Manchester United’s centre-forward.

In the one game under Allardyce’s watch that he didn’t score, Rooney created against Huddersfield, as he did against Swansea on Monday. So what’s behind his improvement?

None of it is “‘rocket science”, according to Allardyce, for Rooney as much as the rest of the squad. The skipper understands his position in the team, having been shunted around by Ronald Koeman and David Unsworth, and as a midfielder, he is under instruction to pass forward, rather than worrying about racking up sideways passes.

Against Chelsea, Rooney will find himself squaring up again to N’Golo Kante and Cesc Fabregas, who schooled him on playing as a midfielder when the two sides met in their third game of the season. Second time lucky.

Team to watch – Manchester United
Jose Mourinho will likely have been a proper b*stard to his players ahead of the trip to Leicester on Saturday night. “Some of them did not want to come to the office,” he said following the midweek Carabao Cup embarrassment at Bristol City, and Mourinho is not a manager to let such things lie.

The Red Devils have been undergoing a continuous assessment of their character over the last fortnight and no one knows yet whether they will pass or fail. Since the derby defeat that has left them 11 points behind City, United scraped past a Bournemouth side that are in dire straits themselves and found themselves on the ropes on West Brom struggling to repel a fightback with 36-year-old Gareth Barry leading the assault. That was all before a stronger team than many expected were turned over at Ashton Gate.

“We lacked the intensity that they had. Not just physically but mentally,” admitted Mourinho, who has struggled at times to hide his frustration at some of his players’ lack of backbone. In attack especially, they possess so much talent but do they have they mentality to make the most of it? The jury is still sitting on that one. The evidence provided at Leicester, who themselves must recover from a week of setbacks, will be pivotal.

Manager to watch – Leon Britton
The Swansea midfielder/coach/caretaker manager must juggle his three hats this weekend and inspire Swansea to get something – anything – out of their clash with Crystal Palace that Paul Clement’s replacement, whoever he may be, can build upon. Where does he start?

The Swans have drifted to the bottom of the table and they must be thankful there’s nowhere lower to go. Britton’s problem is that this mess is not just of the old manager’s making. From the top down, the club is bereft of all confidence and trust from supporters is also at a low.

Unfortunately for Britton, the Swans’ problems are more deep-rooted than any that could be fixed just by the new manager bounce. The caretaker boss admitted on Thursday that he thought Clement was the right man and that the players were behind the ex-boss, so effort has not been lacking. Nor had a variety in their approach. Towards the end of his reign, Clement looked like a beaten man because he knew he had tweaked almost everything that could be tweaked in search of a winning formula. He tried five at the back; he used wingers; he got rid of wingers; and he seldom reverted to the midfield diamond that served him so well towards the end of last season because Swansea had failed to replace the players that made it work.

‘Back to basics’ was Britton’s message in his press conference on Thursday because what else was he supposed to say? Against a Palace side who haven’t lost in seven Premier League games and have discovered their goalscoring touch, things look ominous for the sinking Swans and their rookie stand-in boss.

Harry Kane has attempted exactly 100 – a third more than any other player – while Burnley have got themselves in the way of a Premier League-high of 97 attempts on their goal. Burnley’s greatest wall, James Tarkowski, is banned but Kane will still have to get past Ben Mee, who has only three blocks fewer than Tarkowski’s league-leading 28.

Sean Dyche has discussed Burnley’s defensive success and explained how and why the Clarets stand out when it comes to measuring defensive blocks and clearances. In the face of his supremely organised rearguard, Kane – who may have had the most shots but is sixth for the number of big chances as defined by Opta – may have to be a little cuter than simply throwing enough sh*t (very accurately) at the wall in the hope that some goes through.

Football League game to watch – Sunderland v Birmingham
The last meeting between these two sides was played in the Premier League in 2011. Six years on, both clubs are as far from the top flight as they have been in a couple of decades.

Birmingham are a mess as they head to the Stadium of Light, which saw its first home win for a year last week. That was the second victory in the five games Chris Coleman has presided over, which has taken the Black Cats one point and one place above the relegation zone.

Still, they will be overtaken by Blues this weekend if Steve Cotterill can somehow mastermind their first win in five. They have taken just two points on the road this season, although they did come at promotion-chasers Derby and Sheffield United. Cotterill has chosen to take a softer approach in a bid to eek something out of a squad that looks bereft of any confidence or belief. “No matter what, I will always be there for them,” he said this week. Not for much longer he won’t, if results don’t pick up sharpish.

European game to watch – Barcelona v Real Madrid
Arguably the two most anticipated games of the weekend will be over before the weekend really gets going. El Clasico kicks off at midday GMT on Saturday for the benefit of the Asian audience, which has understandably p*ssed off large swathes of the Spanish one.

Regardless, the stakes are as high as ever, especially for the hosts. Real find themselves in fourth place trailing Barcelona by 11 points. Even with a game in hand, they know a win is necessary to retain their slim hopes of regaining the La Liga title. A defeat and a 14-point deficit is unthinkable.

Luckily, Real finally seem to be getting their act together. The Clasico marks their return to domestic action after winning the Club World Cup, before which they smashed five past Sevilla in a first-half blitz. Their injury problems are subsiding, with Gareth Bale back and  Cristiano Ronaldo rediscovering his grove too.

Unfortunately for Real, Barca are showing no signs of letting up. After a dreadful summer which culminated in a 5-1 aggregate Supercopa humbling at the hands of their biggest rivals, Barca haven’t been beaten. They have won 13 of their 16 La Liga matches to six points clear of Atletico at the summit.

Their 4-0 win over Deportivo La Coruna last week showed Barcelona too are peaking just in time for the trip to the Bernabeu. Ronaldo may be playing his way back into form but so too is Luis Suarez, with six La Liga goals in his last five games. Knowing a draw will suit them just fine, Ernesto Valverde has the dilemma of how to approach this Clasico, but in prospect we’ve got a Saturday brunch thriller.