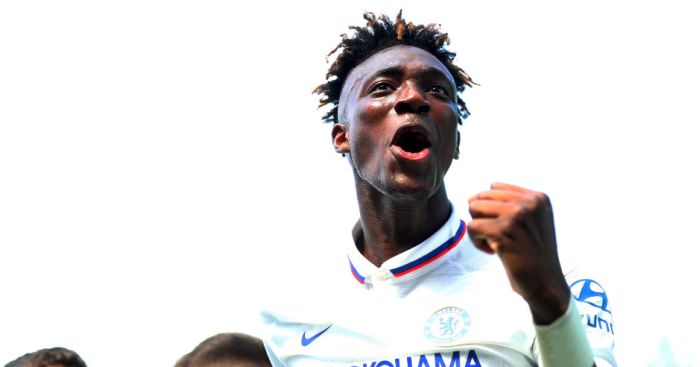 Game to watch – Chelsea v Liverpool
You know how this has been quite a low-key Chelsea season and, within reason, the supporters are kind of okay with their side’s patchy form and imperfections? Well that patience could be tested on Sunday.

Defeat will not be closely followed by Lampard Out placards, but this Liverpool side is at the peak of their powers and, theoretically, are well capable of inflicting a humbling result. The rivalry between the two sides isn’t what it was – it did always seem to depend largely on the antagonism between the respective managers – but enough animosity remains to shape it as a game which nobody wants to lose.

Liverpool have had the harder week and the longer travel time, but that shouldn’t blunt them too much or give Chelsea any less reason for fear. Particularly down the left side, where Sadio Mane’s early season form does not augur well for a fragile Cesar Azpilicueta. There’s rarely a good time to face Jurgen Klopp’s front three, but it’s especially daunting when your defence has conceded 11 times in five league games. That’s the kind of statistic which will have Fantasy Football managers painting their teams red. More so if doubts about N’Golo Kante’s involvement are confirmed and if, as expected, Emerson fails to recover in time.

But even with these altered dynamics, it remains one of the Premier League’s signature games. Perhaps Chelsea’s current malaise is in the interests of the spectacle too? They’re the underdog here, the crowd will know that, and they’ll also appreciate what a win here could do for their side’s embryonic self-belief. That adds up to a fantastic atmosphere, hopefully.

Player to watch – Tammy Abraham
Because of the margins within this game, or the limited number of chances it’s assumed Chelsea will be afforded, the spotlight falls on Tammy Abraham.

What a brilliant hat-trick he scored at Molineux a week ago. In particular, his third goal – that shift and hit across Rui Patricio – was exactly the kind that most people didn’t think him capable of scoring. He built a reputation for scoring in volume in the Championship, but not necessarily for being ruthlessly efficient. But that’s exactly the quality he exhibited against Wolves; he looked lethal.

And he’ll need to be again on Sunday. Scoring goals against Norwich is good, a hat-trick against a talented and potentially upper mid-table side is fantastic, but taking a half-chance in this kind of game is worth just that much more. It would dispel many of the few lingering doubts, but it would also be so empowering for him; imagine the confidence that would come from deciding this kind of game.

In a way, Abraham exists in an unfair world at the moment. Every time he scores, there’s a ‘yeah but’. It’s not unreasonable, though, because Chelsea have always had that dependency in the Abramovich era. Whether it was Didier Drogba or Diego Costa, the profile of the centre-forward as a difference-maker remained constant. As it does now, even after the Morata and Higuain years, during which nothing was quite the same. As a result, if Abraham wants this job full time, then the chances that fall to him on Sunday must be put away.

That’s very harsh, but it’s the nature of big club life. It’s a results-based industry and a centre-forward’s existence at this level will always be binary.

Manager to watch – Marco Silva
Here we are again, with that slightly uneasy feeling about Marco Silva. Truthfully, some of the more alarmist reactions to Everton’s defeat at Bournemouth were a bit silly, but it was still ugly and Sheffield United’s visit to Goodison Park offers the chance of quick correction.

The misconception of Chris Wilder – the Danny Mills portrayal – is of him as a kind of anti-Silva: a stubborn, details-be-damned, Guinness-for-breakfast simpleton. It’s not true, he’s not the Last Of The Proper Football Men, but that will be the angle if Sheffield United win and, naturally, that’s an in-studio talkSPORT discussion that Silva (and every single one of us) can do without hearing.

But part of the sub-text here is an old complaint about his football: the inability to defend properly from set-pieces. As other Premier League sides are beginning to learn, Wilder and his coaching team have a whole stack of clever dead-ball routines up their sleeve and, with Everton looking vulnerable in their own six-yard box again last weekend, this will be a tougher test than it appears.

The reality is actually that Silva is doing a lot of good. Or, at least, that the continuity of his partnership with Marcel Brands is serving the club’s interest and has restored a sense of there being an actual footballing culture at the club. The great cost of the Steve Walsh, Ronald Koeman, Sam Allardyce era was the erosion caused by all the chaos. Calm is good, even when the results aren’t.

Unfortunately that’s just not how the news cycle works; it doesn’t respect the sort of subtlety that only fans tend to care about. Consequently, lose here and the more provocative members of the press will be tallying up the transfer spend again.

Team to watch – Wolves
There has to be more to this. The rationale that the Europa League causes fixture congestion and that, as a result, all disappointing results can be attributed to having to play on Sunday, cannot be accepted without argument. It’s complicit in Wolves’ start to the season, but it isn’t just an inevitable, unavoidable cost of European football.

As an example, there was more than a two-week gap between the second leg of the qualifying tie against Torino, played at home, and the heavy defeat to Chelsea. Yet here we are, nodding along to sage observations about how difficult it is to balance those commitments. The strain does show on teams, that’s certainly true, but it’s currently being afforded far too much prominence in the assessment of Wolves. They’re too good to be this bad.

Nuno Espirito Santo’s squad does feature some players for whom this will be a new experience, but there are many others who are used to the wear and tear of international travel and short turnarounds. So is this schedule so trying for Joao Moutinho, Raul Jimenez and Jonny, or is there something else at work, which better explains why they suddenly can’t defend?

There are more searching questions to ask and, if Wolves lose at Selhurst Park to a very limited Crystal Palace, they should be.

Football League game to watch – Leeds United v Derby
Phillip Cocu has won just one of his seven league games in charge and, at even at this stage, Derby County enter this game six points off the play-off positions. Ian Holloway is even urging the board to show patience. This is a world Cocu presumably never thought he’d inhabit.

Leeds are flying, which could perhaps have been expected. The Derby they’ll face on Sunday will be different to the one which knocked them out of the play-offs last season, but that disappointment won’t be too far from the surface. It should be a home win, but it should still be compelling.

The quick progress of Eddie Nketiah is interesting, too. He’s not likely to play from the start at Elland Road – Patrick Bamford is in fine goalscoring form – but Arsenal fans will want to catch his minutes if he does get on the pitch.

European game to watch – Sevilla v Real Madrid
Really interesting. Sevilla are top of La Liga after four games and still unbeaten. Julen Lopetegui is in charge now, everyone’s favourite super scout Monchi has returned to the club and the first team has been almost entirely rebuilt. They haven’t played anyone of real note yet – their wins have come over Alaves, Espanyol, and Granada – but it’s still been a greatly encouraging start.

The mood at Real Madrid is very different, even though they themselves remain undefeated in the league. Zinedine Zidane took a beating in the Spanish press following that awful loss in Paris on Wednesday night and, already, the dressing room has started to leak its discontent.

According to reports on Thursday, Florentino Perez is considering giving Jose Mourinho a ring – just to make Madrid that much more lovable – so this might be the last opportunity to catch Zidane’s hugely underwhelming side.