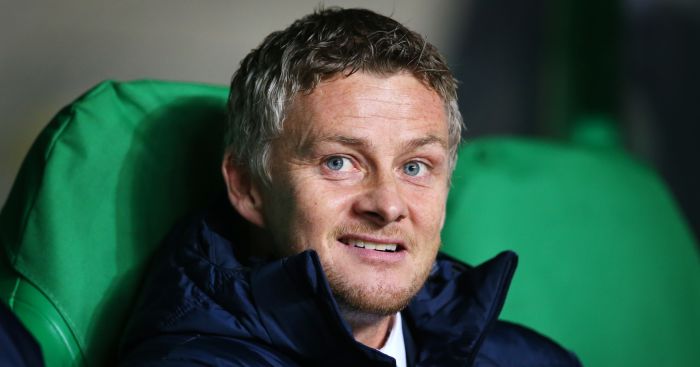 Game to watch – Everton v Tottenham
Not a vintage set of pre-Christmas Premier League fixtures, but this should be a tidy game as the Toffees face a side currently five years down a path they hope to follow. And we’re also still just about in the stage where everything Mauricio Pochettino does – good or bad – for the rest of the season being framed in a Manchester United context isn’t yet entirely grating, so let’s enjoy that while we can.

These two sides were both condemned to spend December dealing with very different yet equally disheartening defeats to their bitterest rivals on the month’s opening weekend. Spurs have coped rather better. Sure, they were handed the opportunity to go back and put things right just two weeks later – which they did in some style – but even before Wednesday night Spurs had responded to the NLD defeat with three straight Premier League wins.

For Everton, the hangover persists. Defeat at Manchester City last week can be safely ignored, but home draws against Newcastle and Watford were disappointing after an impressive four-match winning run at Goodison.

Tottenham have been winning this kind of fixture with frankly disturbing and unSpursy efficiency throughout 2018. Playing without a home ground has apparently turned them into absolute demons on the road, a boon both unexpected and yet kind of logical. Pochettino’s men have won eight of their ten away league games this season, to go with a felt-like-a-win draw at the Nou Camp and this week’s surgical dismantling of Arsenal in the Carabao.

And Everton, for all the promise of Marco Silva’s first half-season at Goodison, have consistently come up short against The Big Five+1. They’ve taken just a point from five games against the Premier League’s gang of relentless points-hoovers this season – a goalless draw at Chelsea. Improve that record, and sixth place is very much up for grabs, which would represent excellent tangible return on a bold summer.

Spurs have helped themselves to ten goals in their last three games against the Toffees, so that’s the first order of business for an Everton side still struggling to shake off that ludicrous late defeat at Anfield.

The striker who would get into every side apart from Barcelona and the Magpies certainly has unfinished business on Tyneside, but this is no time to be prioritising the settling of personal scores.

While the general paucity of the Premier League’s struggling seven means nobody is in real danger of getting cut adrift, Fulham could really do with a victory or two from somewhere. Success at Newcastle would have the twin benefits of lifting themselves while also dragging the Mitrovic-doubting Rafa Benitez and his team right back into the mire.

A return to goalscoring form for Mitrovic would be sweet, and seemingly necessary. He’s scored only two of his seven Premier League goals since September – both in the win over Southampton. He’s scored four goals in Fulham’s two wins. They’re not going to do it without him, and this is the match above all others where he’d love to do it for them.

Manager to watch – Ole Gunnar Solskjaer
While high-profile members of the British Managers’ Lunch Club and other assorted Proper Football Men have been trying to convince themselves and anyone who’ll listen that Steve Bruce or Mark Hughes were better qualified for the Manchester United job than ol’ supersub himself – look out, lads, your xenophobia is showing! – Solskjaer’s caretaker/interim/loan appointment nevertheless remains quite a mental thing when you step back for even a second.

That plenty of Manchester United fans are pretty happy tells you just how fondly remembered OGS is at Old Trafford, but also just how bad things had got under Jose Mourinho. Things should at the very least be a bit more fun now, and even in a disastrous worst-case scenario results can hardly get worse.

For Solskjaer, it’s a lovely free hit. Almost zero chance of making things worse – and even if they do, nobody will blame him – and huge scope for improvement. There’s pretty much nothing riding on the rest of the league campaign now – United will finish sixth or seventh – and Solskjaer can ultimately concentrate on having a go at Di Matteoing himself yet further into the club’s folklore by winning the Champions League. Stranger things have happened – like that time Roberto Di Matteo managed a team that won the Champions League, for instance.

But we’re getting ahead of ourselves. First up for the only manager ever to get a Wikipedia loan arrow is a classic bit of fixture computer bantz as he kicks his United return off at Cardiff, the club he led for nine ignominious months in his only previous British managerial stint.

Three points and football played with even the vaguest hint of verve and enterprise will constitute a perfectly satisfactory start.

The Bluebirds, though, have won four of their last five home games and will treat the visit of United under a rookie manager as something of a free swing themselves. Could be good, clean festive fun, this.

Team to watch – Arsenal
After a 22-game unbeaten run, a two-match losing streak. Of course, everyone is now stroking their beards and saying how that unbeaten run always was papering over the cracks. Clearly, though, Arsenal’s policy of being crap in the first half of games was unlikely to be a winner long-term and their slow starts have to be a concern.

On Wednesday night they actually started pretty well before ceding control and ultimately the lead to Spurs, and unlike in the league game were unable to repair the damage after the break.

Clearly two defeats don’t make Arsenal a bad side any more than that unbeaten run made them an all-conquering one, but at the frantic pace the top-four race is currently being run there is no room for a blip to turn into something more. Three weeks after leapfrogging Spurs with derby success they already find themselves five points adrift of their selfie-hating neighbours.

Three points in Saturday’s early kick-off against a Burnley side who frustrated Spurs all the way to injury-time last weekend are a must. A half-time lead would be nice too.

Football League game to watch – Aston Villa v Leeds
Leeds on the telly again, is it? There’s no great shock in Sky Sports wanting to show a match between the two best-supported clubs in the Championship, but it’s equally unsurprising to see fans already irked at the almost total disappearance of the Saturday 3pm kick-off for their clubs further incensed by yet another fixture shift the weekend before Christmas.

It should be a game worth watching, though, even if it has significantly inconvenienced those who are actually there. Villa are unbeaten in seven – albeit winning only four of those – while Leeds have won their last five straight and conceded just once since that weird 4-1 defeat at West Brom.

And in the unlikely event that the game does turn out to be bobbins, you can at least keep yourself entertained listening out for Sky Sports coverage artlessly silencing any constructive customer feedback coming from the stands.

European game to watch – Juventus v Roma
Roma, like so many upstarts before them, have been firmly and swiftly punished for the audacity they showed in reaching the Champions League semi-finals. They’ve been picked off and are already a shadow of the side that pulled Barca’s pants down and played out that genuinely bonkers 180 minutes against Liverpool.

A topsy-turvy 3-2 win over Genoa last time out ended a five-match winless run, and now Roma face one of European domestic football’s most thankless tasks: trying to halt the Juventus juggernaut. The Juvuggernaut.

Juve already have an eight-point lead having dropped just two points all season, and it’s six weeks since they so much as conceded a goal in Serie A. At least in England we’ve got two teams beating everyone else to keep things spicy.