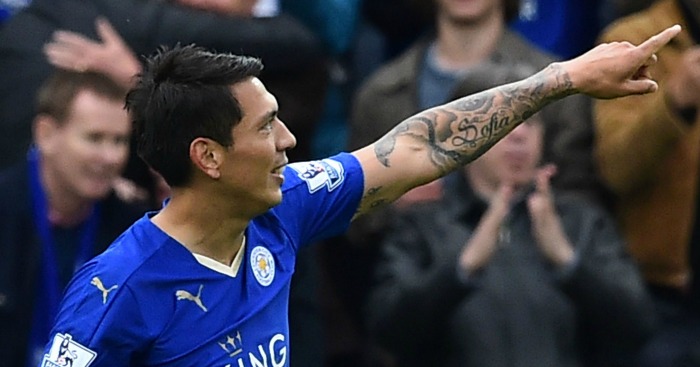 Claudio Ranieri
On November 14, 2014, Claudio Ranieri’s Greece side lost 2-1 at home to the Faroe Islands. Greece were ranked 18 in the world, the Faroes at 187. The following day, Ranieri was sacked by the Hellenic Football Federation. The HFF president, Giorgos Sarris, apologised for appointing Ranieri.

“Following today’s devastating result for the national team, I take full responsibility for the most unfortunate choice of coach, which has resulted in such a poor image of the national team being put before the fans,” Sarris said.“The governing board will convene and take responsibility among all the members to make the necessary changes needed to avoid a repeat of such an embarrassing night.”

Ranieri, aged 63, had reached his lowest point as a manager. “I have no words to explain what happened,” he said. “We all wanted to record our first victory in the group. But the Faroes deserved to win as they created more chances to score. When the qualifiers started nobody believed we would find ourselves in this situation. We were wrong in believing that was a straightforward group for us.”

One year, five months and 17 days after being sacked, Ranieri has the chance to complete one of the greatest short-term redemptions in football history. One wonders quite what Giorgis Sarris thinks about it all.

Leonardo Ulloa
Ulloa answered the questions asked of him by his manager in emphatic fashion last weekend, but there is no doubt that this weekend provides a tougher assignment. Jamie Vardy’s ban extension means that Claudio Ranieri must again call on his back-up striker to get things done.

“Leo is a grand man, a fantastic man, and after a good striker and good player,” said Ranieri before the Swansea game. “I’m sure we will play at the same level, with the same strength, the same will. We now have to change and those behind will now be in front because they deserve to have a chance. I am sure they will do very well.”

It’s one thing playing with the same will and strength against Swansea, but Manchester United have conceded seven goals in 17 home league games this season. If Ulloa can join Danny Welbeck, Mesut Ozil, Charlie Austin, Christian Benteke, Cameron Jerome and Alexander Tettey in scoring at Old Trafford, Ulloa will have done everything his manager has asked of him.

Manchester United
On Sunday, Manchester United are viewed as little more than a fly in everyone’s ointment, getting in the way of the Leicester title fairytale. How the mighty have fallen.

Yet in the talk over Leicester’s title celebrations, it’s worth remembering that United are favourites to win Sunday’s game, and have plenty to fight for themselves. With Manchester City playing later, Louis van Gaal’s side could move to within two points of their city rivals.

Amid the constant waves of Jose Mourinho’s PR mission that keep swamping Old Trafford with countless non-updates that move the entire story a millimetre further forward, Van Gaal has actually done a pretty good recently. The run (amid injury crisis) of December was monumentally crap, and February and March contained their hiccups, but United have won six of their last eight Premier League games and have won their last six at Old Trafford, conceding only two goals.

A Premier League table based on points per game in 2016 alone sees United in third place, comfortably ahead of Arsenal (seventh) and Manchester City (ninth). Keep that up and they really could reach the top four.

Roberto Martinez
It is no longer a case of when, but if. That ‘when’ might just be next week if Everton don’t beat Bournemouth at Goodison on Saturday. The atmosphere promises to mutinous in the extreme.

“I always encourage huge expectations and as a football club we have to drive to challenge for silverware and challenge for the top four. When we’re not, scrutiny needs to be there,” Martinez said in his pre-match press conference.

“But it shouldn’t be scrutiny of the last two months or three months. It should be of three seasons, scrutiny about the team we’ve put together. The first season we had a record points tally, last season we were the last team in the British game to be knocked out of Europe, this season we made two semi-finals.”

It is a tremendously one-sided view of his own tenure. Firstly, that first season was a huge success, of that there is no doubt. Everton were indeed the “last team knocked out of Europe”, but Chelsea, Manchester City and Arsenal lost in the two days previously in the Champions League. Everton capitulated 5-2 to Dynamo Kiev. They also gained 25 fewer points in the league and lost in the first round of both cup competitions.

This season they did reach two semi-finals, and also lost two semi-finals. They got past three Premier League teams in those two competitions – Bournemouth, Norwich and Chelsea. Everton are heading for their lowest points total in 12 years despite arguably having their strongest ever Premier League squad. How’s that for scrutiny?

Mark Hughes
Touted as the top name on Everton’s list to replace Roberto Martinez, Hughes probably should address Stoke’s slump before his interview. His side have conceded 12 goals in three games and could still drop into the bottom half before the season is out.

Sunderland
With Newcastle playing Crystal Palace at home and then Aston Villa away, Sam Allardyce knows that his side must take something from their away trip to Stoke on Saturday, or else risk playing catch-up at the worst time of the season.

To do so, Sunderland must vastly improve on a worrying trend. In 2013/14, they were ranked fourth in the Premier League for matches away at top-half clubs, taking 14 points from nine matches. Since then, their record against the top half on the road reads: P19, W1, D6, L13. In those 19 games, Sunderland have conceded 53 goals.

West Ham and Slaven Bilic
Clearly not the most important match of West Ham’s season, but you wonder if Slaven Bilic is aware of just how symbolic victory at West Brom would be. It would take West Ham to 59 points, their highest ever total in the Premier League. Never has the advice “be careful what you wish for” been so misplaced.

Newcastle United
No more second chances now for Newcastle, with the superb point gained from a two-goal deficit enough to give supporters hope of a genuinely great escape.

Beat Crystal Palace on Saturday – getting one over on their former manager in the process – and Newcastle will move to 33 points. With Norwich and Sunderland both away from home, and Norwich at Arsenal, Rafa Benitez’s side could move out of the bottom three for the first time since February 6.

It is impossible to overstate the importance of the match. Next weekend Newcastle travel to Aston Villa while Norwich host Manchester United and Sunderland play Chelsea. Suddenly the tunnel of darkness has a flicker of light appearing at its end. The Rafa effect is real.

Alan Pardew
“Course I want them to stay up. I’m desperate for them to stay up,” said Pardew ahead of the trip his old club on Saturday. “I know how I feel. I loved managing that football club. I had some fantastic moments there, and fantastic games. Quarter-finals of the Europa League, we finished fifth and I got manager of the year.” Someone’s playing nicely.

It was Pardew’s subsequent quote that was most interesting, calling Newcastle “a beast” when things are going well and “destructive” when they’re going badly. Supporters might say exactly the same over a manager whose own troughs are becoming infamous.

Southampton
Beat Manchester City on Sunday afternoon, and Southampton will virtually guarantee a top-eight finish for the third consecutive season. It would be the first time Southampton had achieved that feat for 34 years. They really should get more credit. Holding onto Ronald Koeman is the task of the summer.