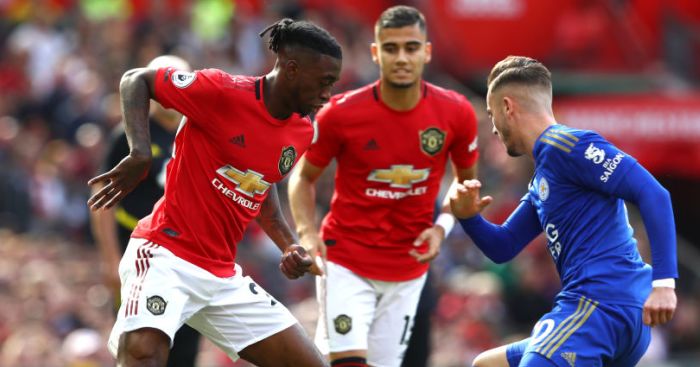 Game to watch: Leicester v Manchester United
A Champions League play-off between a team that has just started limping wearily towards the finish line and one that has been doing so since Christmas. Tremendously, it’s also still possible for both these sides to stumble over the line. What a season. What a sport.

For all their woes, Leicester’s home form has been reasonable enough. They haven’t conceded a Premier League goal at the King Power since February. Three months off or not, that’s still quite something. They’ve won three and drawn one of their four home games so far during Project Restart. The only teams to have beaten Leicester on their own patch in the league this year have been the two demonstrably superior ones, and the one the Foxes beat 9-0 away from home. With United certainly not demonstrably superior on season-long evidence and the game at Old Trafford ending in a narrow home win back in September, it’s clearly advantage Leicester in this one.

Team to watch: Aston Villa
After a miserable run of six points in 13 games either side of the restart left Villa seemingly doomed, seven points in three games have given them not only renewed hope but actually taken them out of the bottom three for the first time since February.

Their final-day fixture is also just the sort you want: against a team that isn’t particularly any good and has nothing to play for. West Ham are already sure to be one of the Premier League’s sufficiently tall dwarves; Villa will be standing on tippy-toes to try and join them.

There is also always at least one game on the final day that ends with a bonkers scoreline, like 6-3 or something, and for reasons that defy logic and reason I’ve convinced myself it’s going to be this one.

Player to watch: Harry Kane
Having finally rumbled up to top speed on his latest and most unusual return from injury, Kane has one more game to enjoy himself before another break means it all starts from scratch again. It’s a game he might well enjoy, as well, given Crystal Palace have conceded 17 goals in their last seven games and lost the lot. A hat-trick would take Kane to the 20-goal mark for the season, and that seems a very Harry Kane thing to do. He also definitely won’t be scoring any Premier League goals in August, which is a very Harry Kane thing to not do.

Manager to watch: Hayden Mullins
The ultimate hospital pass, or a free shot at glory knowing nobody’s going to pin failure on you? Four managers in one season is at least two too many, but Watford have broken the mould. And they’re ending it all with a rookie manager who they gave the simple task of avoiding getting the club relegated in the last two games, but those two games are against Manchester City and Arsenal. There are easier fixtures, and Watford were horribly naïve in the 4-0 tonking off City.

Arsenal could be very different, though. They’ve got their own problems and insecurities and inexperienced manager. With Arsenal’s focus clearly on the upcoming FA Cup final against Chelsea, Watford have every chance of getting a result off the team that is, deservedly across the whole of the season, 10th in the table. Or Arsenal could turn in one of their competent performances, in which case Watford are probably screwed.

Football League game to watch: Swansea v Brentford
Because Championship playoff games are literally always worth watching, and there will never be a better opportunity to find out once and for all whether it’s better to be the superior team that is disappointed to be here having narrowly missed automatic promotion or the weaker team that can’t believe their luck to have somehow nicked sixth.

European game to watch: Juventus v Sampdoria
Juventus have already spunked one opportunity to wrap up a ninth straight Serie A title, losing 2-1 at relegation-threatened Udinese. Probably won’t miss another one. Funny if they did, though.