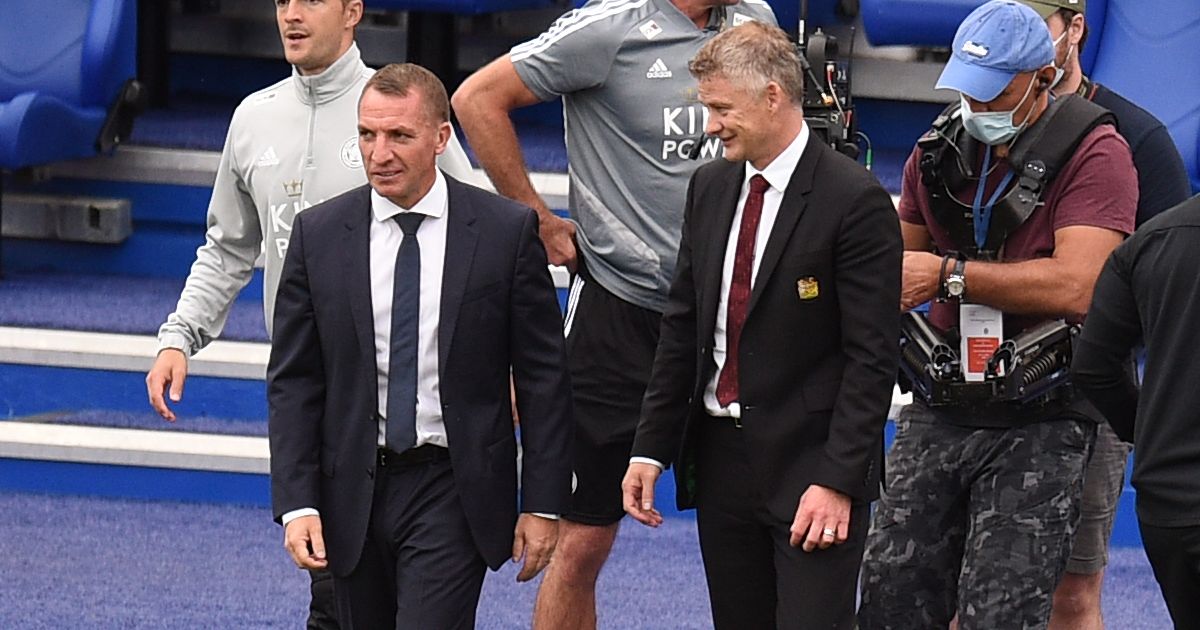 A Premier League/FA Cup hybrid weekend means a reduced programme but plenty of important matches. Possibly even the last of Jose Mourinho.

Game to watch: Leicester v Manchester United
While Ole Gunnar Solskjaer argues with himself about whether trophies are important or mere gaudy baubles, the relevant facts are that his Manchester United side now have a good crack at winning two of them. Which is definitely better than winning one. This way you can use them as bookends, which does give them some practical value and therefore means they’re not just ego-boosting narcissistic trifles.

United were very good indeed in the second half of a 1-0 win at Milan that put them in the last eight of the Europa League, and they’ll likely need something similar to prevail against a Leicester team that continues to casually overcome every setback placed in their path while other, bigger clubs with greater resources p*ss and moan and make a rare old mess of everything.

Leicester have picked up a couple of much-needed victories since the first really worrying spell of their season, in which a limp Europa exit to Slavia Prague was followed by a capitulation against Arsenal and fresh injury problems on top of the already massive injury problems.

Having bounced back again, you wouldn’t now bet against them taking advantage of a week’s rest (two if you very correctly don’t count an absolute cakewalk of a 5-0 win against Sheffield United as any kind of meaningful exertion) against a United side that, while currently full of confidence once more, must be a touch weary from recent exploits at home and abroad.

Team to watch: Brighton
Saturday’s only Premier League game could go a long way to deciding the final relegation place, assuming as we surely must that Sheffield United and West Brom will occupy two of them. Brighton against Newcastle is in textbook six-pointer territory, and that status only grows if Fulham have managed to overcome Leeds the night before. If they have, they will be out of the bottom three and Newcastle will be in it. Defeat to Brighton would therefore become doubly damaging for Steve Bruce’s flailing side.

Whatever Fulham have or haven’t done on Friday, though, Brighton will carry the support of all but the most harrumphing of stat-hating curmudgeons. Whatever your views on xG and the like, there can be absolutely no doubt that Brighton’s progressive brand of football under Graham Potter has brought more to the division this year than Newcastle’s. The club’s fans deserve better than Mike Ashley’s cynical scrape-survival-for-the-lowest-possible-outlay antics and Bruce’s excuses, but those are also the precise reasons few would currently mourn another relegation for a club that, when not being a dreary disgrace, carries a huge amount of neutral affection.

Right now, though, Brighton – and indeed Fulham – are by far the more deserving.

The Toffees haven’t been able to consistently hit the heights they scaled in those dizzyingly joyous early weeks of the season, but they have more than enough about them to make Stones’ return to Goodison a tricky one. With the league in the bag and only a beleaguered, disorganised Spurs standing between City and their Carabao birth right, this trip to Goodison represents one of the toughest barriers left to overcome to achieve at least another domestic treble. That it would be the second time in three years City have completed what was previously dismissed as pretty much impossible and nobody really talking much about it really is quite something. They’re all still failures if they don’t win the Champions League, mind. And if they somehow lose that Carabao final to…

Manager to watch: Jose Mourinho
Might genuinely be the last time to watch him, as Spurs manager anyway. He’s in serious trouble, the Europa League having formed a considerable bulwark against criticism this season yet now representing his single greatest, most humiliating failure. Through Spurs’ new year slump – the apparent emergence from which against Burnley, Fulham and Palace now appears significantly misleading – he has often talked about still competing on “three fronts” (four before the chaotic FA Cup defeat at Everton). The Europa League has, from the moment an unlikely title challenge could be confidently ruled out, been the most important of those fronts. It was the one that would solve everything for Spurs, ending the trophy drought and bringing Champions League football back to the club.

For that chance to disappear in such abysmal fashion as it did against Dinamo Zagreb is doubly damaging for Mourinho. The catastrophic defeat is bad enough, the latest blow to the concept of Mourinho The Serial Winner a tough one to take and one that leaves absolutely everything resting on a Carabao Cup final against Manchester City that Spurs have beaten precisely one Premier League side (on penalties) to reach.

Mourinho, though, can no longer be certain of even getting to Wembley with his job intact. While salvaging something tangible from the league season remains possible if unlikely, more importantly for Mourinho he needs something from upcoming league games just to retain his long shot at some sort of redemption against City. His first job is to lift a team that has no confidence, cohesion or plan after 120 minutes of abject disappointment to face a Villa team only just below them in the table and who will have surely spent Thursday night watching that game unfold while struggling to believe their luck. 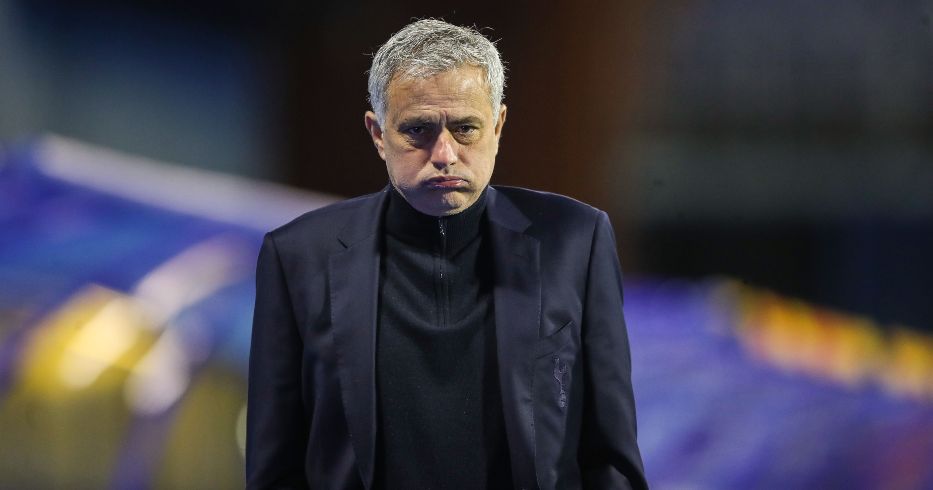 Football League game to watch: Swansea v Cardiff
The reduced FA Cup/Premier League hybrid weekend programme means a few choice Championship cuts available to watch this week. Promotion-chasing Brentford taking on ever-watchable perma-banter Nottingham Forest should be fun, while upwardly-mobile Watford against Birmingham is another option. Really, though, you can’t say fairer than a South Wales derby. Swansea are still chasing automatic promotion, Cardiff could do with a win to give the play-off push a needed kick up the backside so this should be decent fare as long as you can cope with the commentators pointing out every 10-15 seconds what the atmosphere would be like if there were fans in.

European game to watch: Lyon v PSG
Again, plenty of options here – especially if we cheat and count Celtic v Rangers which has several possible reasons to be even more worth watching than usual this weekend. In fact, it might even be so very worth watching that they have to cancel it. So we won’t put it here, but if it is on then it’ll certainly be worth a glance to see just how Celtic greet the new champions.

We’re off to France, though, where PSG are in serious danger of not winning the league. This would be very bad for them and frankly catastrophic for Mauricio Pochettino who has gone to PSG in order to prove that he absolutely can win trophies. Second-placed PSG take on third-placed Lyon on Sunday night in a game neither side can really afford to lose – especially if leaders Lille have done what they ought and moved six points clear with victory over second-bottom Nimes earlier in the day.