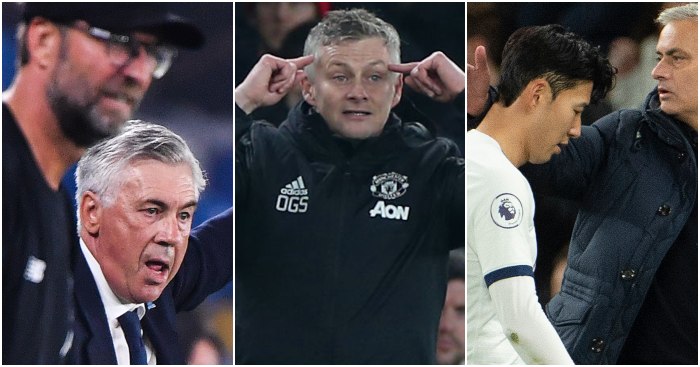 Game to watch: Liverpool v Everton
I must confess to being apathetic about FA Cup third-round weekend in recent years. I am not alone. This time last year, Ian Watson wrote that ‘after the Lord Mayor’s show comes the sh*t-cart’ as he did not even pretend to be interested in a weekend that saw Manchester United given a home draw against a Championship side, Spurs given the task of twa**ing Tranmere and a long wait until Monday for the tie of the round between Wolves and Liverpool. This season feels different: six ties are on the telly and six ties are genuinely bloody interesting. We will probably lose our enthusiasm by the time Gillingham v West Ham rolls around on Sunday night but we are absolutely ‘all in’ for the Merseyside derby.

Two years ago, these two teams met at the same stage and while little has changed at Liverpool other than world domination – nine of the 11 starters are still at the club – there has been change aplenty at Everton, now managed by Carlo Ancelotti rather than Sam Allardyce (a sentence I never expected to write) and with Cuco Martina, Phil Jagielka, Jonjoe Kenny, James McCarthy, Yannick Bolasie and Wayne Rooney all seeming to belong to a very different era. Was that really just two years ago?

There will of course be changes for Liverpool – eight of their players have already slogged through over 2000 minutes for their club this season – but it’s those changes that make this an intriguingly even contest. If the Reds lose 10% of their power by resting two of three forwards, a central midfielder and at least one full-back, that probably brings them just about level with an Everton side who are likely to go full strength; there is no way that Ancelotti will send his side to meekly surrender to the champions-elect when victory – or even a draw and forced replay – would earn him valuable fan approval.

And with no trophy win for 25 years and the prospect of a season mired in mid-table, Everton are one of those middling Premier League clubs (see also Crystal Palace) who really should take this seriously. It would certainly be excellent timing given the trophy grab that is happening across the city.

But perhaps it’s far, far more likely that by 6pm on Sunday night, the Italian will be cursing one Divock Okoth Origi.

Divock Origi has scored more goals against Everton (5) for Liverpool in the Premier League than Sadio Mane, Roberto Firmino and Mohamed Salah combined.

He just loves playing against the Toffees. 🔥 pic.twitter.com/TT1WnOWSLS

Player to watch: Heung min-Son
Just as Harry Kane is ruled out for an as-yet-undetermined length of time, Heung min-Son returns from his suspension to take on the mantle of chief goalscorer. First task: Score against a rejuvenated Middlesbrough side that have won four straight games and scored seven goals since they last conceded one. And Jose Mourinho really needs this – if the principle reason for his appointment is to drag Spurs from ‘nearly men’ status to trophy winners, going out of the FA Cup at the first hurdle to lowly opposition is unacceptable.

“We lose Harry, and without Harry things are more difficult because we don’t have direct replacements, especially without Son, who is a player who can play in his area. It was difficult because our possibilities on the bench were not many without Sonny,” said Mourinho in mitigation for Saturday’s defeat at Southampton. He will not have the same excuse on Sunday, with Son presumably ready to lead the line. Ten goals in 17 FA Cup appearances would suggest that his faith would not be misplaced.

Team to watch: Arsenal
We have to wait until Monday to see Mikel Arteta’s Arsenal again; after watching them dismantle Manchester United we are positively giddy. There will undoubtedly be changes – Arteta hinted as much on Thursday when he said: “At the moment we’re managing a lot of injuries, we haven’t been able to rotate the team a lot. We survived. Yesterday I was a little bit scared, we could expose a few players and get some injuries. We went through the game and we suffered but I think all the teams in the Premier League at the moment are in the same position. We went through it, we suffered together and now we have a few days to recover.”

The intrigue now is how many of his fringe players have picked up the same excellent habits, with Dani Ceballos, Rob Holding, Reiss Nelson, Joe Willock, Matteo Guendouzi and Bukayo Saka all likely to be involved against Leeds. Can they reproduce the same intensity we saw at the Emirates on New Year’s Day? And will we see Hector Bellerin and Gabriel Martinelli? Even if Arteta makes seven or eight changes, he could still field an exciting, energetic XI against the Championship’s most intriguing side. And each one of those players has a new-ish manager to impress. Slates are clean, new brooms have been wielded and lots of other cliches that mean that one corner of north London is bizarrely optimistic again.

Manager to watch: Ole Gunnar Solskjaer
The FA Cup has long lost its power to make or break the careers of managers; Manchester United will not sack Ole Gunnar Solskjaer if he loses to Wolves this weekend. And losing would hardly be a surprise; after all, he went to Molineux three times in 2019 and only emerged with one draw. But it will certainly add to the noise if Solskjaer is once again out-thought by a manager who has been his superior over the last 12 months. It says rather a lot about both clubs that you can get 2/1 on United beating a side that is only 18 months into its Premier League sojourn.

Solskjaer simply has to be better if he wants to be Manchester United manager for their next FA Cup campaign. And he really does have to stop pretending that everything is hunky-dory in United land. The good news is that he can make changes for the FA Cup – and they will be welcome. Brandon Williams, Mason Greenwood, Axel Tuanzebe and Andreas Pereira should all come in, and there is also a case to be made for James Garner. After the sh*t-show at the Emirates, we might struggle to use the phrase ‘weakened team’ if the side resembled the one we saw beat AZ Alkmaar 4-0 at Old Trafford.

Other FA Cup game to watch: Rochdale v Newcastle United
A fixture that has literally never been played before in any competition. But a fixture that absolutely screams ‘magic of the cup’ as – despite entering each year in the first round – League One Rochdale have actually reached the fourth round of the FA Cup more times in the last six years than Newcastle. And it could happen again, with Newcastle staring down the barrel of the most ridiculous defensive injury list of all time.

Prepare for Emil Krafth (no starts since a 5-0 drubbing to Leicester in September). Prepare for Paul Dummett being rushed back from injury. Prepare for a couple of Longstaffs and a Ki in midfield. Prepare for Rochdale really fancying themselves to at least match the 2-2 they pulled off against Tottenham two years ago.