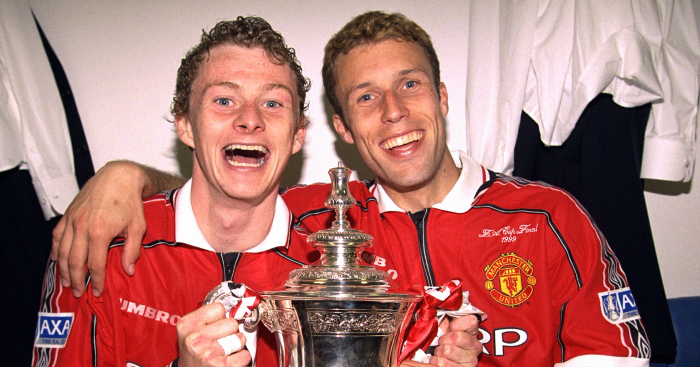 Game to watch – Fulham v Liverpool
After taking control of the race and almost pulling clear, Liverpool had their lead extended, dented, halved, decimated and eventually completely overturned. Manchester City are setting the sort of ridiculous pace atop the Premier League table which makes a one-point gap feel closer to ten.

Pep Guardiola’s side have benefited from a fixture schedule that has allowed them to place pressure squarely on their title rivals’ shoulders with each passing game. But as they prepare for an FA Cup quarter-final against Swansea, Liverpool are presented with a rare opportunity. Sunday will be the first time they have played before City since January 19.

Just 20 days will have passed since Liverpool fans were forced to realise ‘their team is choking’. Their subsequent four games have been quite the collective Heimlich manoeuvre: comfortable wins over Watford and Burnley, a draw away at Everton and a landmark victory in the Allianz Arena have made a mockery of those who have questioned their character.

For Jurgen Klopp, it has been business as usual. “It’s only one game,” he said before Wednesday’s trip to Bayern. “A very important game and more important games will come, like Sunday against Fulham and then Tottenham and then the next one.”

Liverpool know that is the situation. Their season will consist of anywhere between ten to 13 games and each will be as crucial as the last. The Premier League is as much a knockout competition as the Champions League now: neither they nor City can afford to blink first.

Fulham have lost nine of their last ten fixtures, and no Premier League side has ever conceded as many goals (68) after 30 games of a 38-match season. They are the perfect opponents to add momentum, with Scott Parker unable to arrest the slide that Claudio Ranieri pushed them down.

There should at least be quite the atmosphere at Craven Cottage, manufactured in part by Fulham’s hilarious attack on Sunday’s visitors earlier this month. If Liverpool’s attack is as on-form and incisive, it should realistically be a rout.

Player to watch – Wilfried Zaha
Rivalries between players and clubs are rare but beautiful things. Alan Shearer and Manchester United; Didier Drogba and Arsenal; Jamie Vardy and that one random section of West Brom fans at The Hawthorns; John Terry and literally everyone but Chelsea.

Wilfried Zaha and Watford is a fine example. He has faced the Hornets 14 times – more than he has played against any other club. He scored in a resounding 4-0 victory in February 2012 and a narrow 2-1 defeat in August 2018, assisting two goals as a substitute in a 3-2 win in November 2010 and one from the start of a 3-2 loss in August 2012.

The winger even won the penalty from which Kevin Phillips scored to send Crystal Palace up to the Premier League at Watford’s expense in the 2013 Championship play-off final.

Tensions have perhaps never been higher than in December 2016, however. Sam Allardyce called it “out of order” when Harry the Hornet mocked Zaha, who had been booked for simulation, by diving in front of him. By August 2018, Roy Hodgson called it “disgraceful” and said “it should be stopped”.

After failing to get one over on another of Palace’s arch nemeses in Brighton last weekend, Zaha will be desperate to make his mark in an FA Cup quarter-final at Vicarage Road. Funnily enough, so will Watford.

Manager to watch – Ole Gunnar Solskjaer
What was once a priority has been pushed back to third in the queue. It felt like the FA Cup took genuine precedence for Manchester United when Ole Gunnar Solskjaer was appointed in December, the gleam from the club’s only possible route to a trophy providing a sliver of light at the end of an interminable tunnel.

With the Premier League gap surely proving too far to bridge, and PSG providing a test too insurmountable to pass, the oldest national football competition in the world became the most important for United and Solskjaer. The Norwegian would want a tangible memento to remember him by when his interim spell ended in May.

Times change. In a matter of months the FA Cup has been relegated to a welcome distraction for a club unexpectedly fighting on three fronts. United will still be desperate to signify the start of Solskjaer’s permanent reign with silverware, but the top four and Champions League demand their focus. They can only keep so many plates spinning at once.

The irony is that the FA Cup might well have provided the platform to jump back into contention in the other two competitions. Before Paris last week, Solskjaer’s most impressive victories came away to Arsenal in the fourth round and Chelsea in the fifth. Those victories bred a confidence that United have thrived off since.

Sunday was their first true setback. Solskjaer described the defeat to Arsenal as “one of those games” before quickly looking ahead: “It’s now about how we respond against Wolves in the cup.”

They have had six days to stew over their Emirates disappointment. The first of two trips to Molineux has to see some sort of reaction.

Team to watch – Burnley
It felt as though Burnley had pulled away from the pack, yet they have been dragged straight back in. Leicester visit Turf Moor with the hosts just two points above the relegation zone.

Sean Dyche will hope his side can embark on another streak. Burnley’s season has been built on short bursts of form followed by barren runs, forming temperamental foundations for an inconsistent season. Since late October they have lost three games in succession four times, and won and drawn three consecutive games once each.

There are two months left to rectify any mistakes, but Burnley will hope to establish a big enough gap to Cardiff long before late April. Their last four games include trips to Chelsea and Everton, intertwined with visits from Manchester City and Arsenal.

They might well see all four of their games before then as winnable. Wolves and Cardiff are still to make the journey to Turf Moor while Bournemouth are about as predictable as their Claret brethren. But they might need to beat Leicester to kick-start their latest push towards safety.

European game to watch – AC Milan v Inter
Not since April 2011 have both Milan clubs occupied a place in Serie A’s top four ahead of a Derby della Madonnina. The pair have taken it in turns to fall from grace and climb back up the mountain since, and find themselves at a similar juncture before Sunday’s meeting.

Milan have gatecrashed a party to which they were never invited for quite some time with an unbeaten run that stretches back to Boxing Day. Gennaro Gattuso’s side have won each of their last five games to close the gap to second-placed Napoli to just six points, and are in the ascendancy.

Inter are cursing their old foes as they can only watch on, powerless to stop their rise. Luciano Spalletti’s men have won just three of their last eight league games as Mauro Icardi’s future threatens to cast a cloud over a season which promised so much, but might deliver so little.

Milan will be keen to barricade the windows before Inter try and throw the form book out. If their recent records are anything to go by, there will only be one winner. But it is never really that simple in a derby.