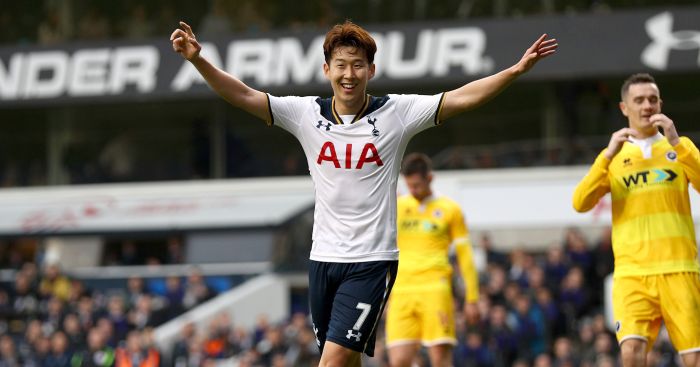 Game to watch – Manchester City v Liverpool
If recent history is anything to go by, there is only one place to be on Sunday afternoon. Sod visiting your relatives, because Manchester City host Liverpool in a fixture that has been host to some enthralling games over the past five years.

There was Liverpool’s 3-2 victory in April 2014, after which Steven Gerrard implored his teammates not to let “this” – their march to the Premier League crown – slip. Manchester City’s 2-1 win the previous December eventually proved crucial for their own title hopes. The last time the Etihad Stadium hosted this match, Liverpool ran out comfortable 4-1 winners. City won the League Cup final on penalties after a 1-1 draw in February last year.

Liverpool are the away side, and will start the game a point and a place behind their opponents, but the momentum is all theirs. They remain unbeaten in nine matches against the remainder of the top six, winning five and drawing four. City have a rather more underwhelming record, winning just two and losing three of their six games against Arsenal, Chelsea, Liverpool, Manchester United and Tottenham.

Couple that with a premature exit from the Champions League, with Pep Guardiola at least partly at fault for the failure to advance past Monaco, and Jurgen Klopp has more reason for optimism than his managerial rival.

It will be interesting to see if Guardiola adopts a different tactical approach. He described Monaco as “the best team in the world at scoring goals” ahead of their defeat, adding that “they attack with five or six players, they are physically strong, fast in short spaces”. To that effect, Liverpool are the closest to the Ligue Un side the Premier League can boast. Monaco are the top league goalscorers throughout Europe’s top five divisions, but only five teams have scored more than Liverpool.

“Take the ball and attack as much as possible. It’s the only way to beat a team like this,” Guardiola noted, and while his defence has predictably faced the most criticism in the aftermath of European exit, their attack was perhaps more culpable. At least one chance will surely fall to Sergio Aguero, but he cannot afford to display the same profligacy this time around.

One thing Sunday’s game almost guarantees is entertainment. The last ten meetings between these two sides have produced 33 goals. Attack will surely be the best form of defence for Guardiola and Klopp.

Player to watch – Harry Kane’s replacement
Mauricio Pochettino has a choice to make. In the absence of Harry Kane, Tottenham need a reliable hand to lead the forward line.

Vincent Janssen’s first goal from open play for the club since joining in the summer provides a timely confidence boost, but the Dutchman was still overshadowed in the 6-0 FA Cup victory over Millwall. A Heung-min Son hat-trick makes him the favourite to start against Southampton on Sunday.

It is the last game before the international break, and Tottenham will be keen to prove that there is life without Kane. The temptation would be to start Son, who is suspended for South Korea but will still travel with his country, before handing Janssen his chance against Burnley. His style is far more suited to an away trip to the Clarets than Son, who has proven before that he can put a weaker, less physical defence to the sword. He has played fewer minutes in all competitions than nine Spurs players, but only Kane (24) and Dele Alli (16) have scored more goals than his 14.

Team to watch – Middlesbrough
When Leicester sacked Claudio Ranieri, it was painted as some sort of great betrayal. A mere nine months after he inspired perhaps the most historic league campaign in football history, the Italian was unceremoniously shuffled out the back door of the King Power Stadium.

The Foxes have won their subsequent three games under Craig Shakespeare, but Middlesbrough will be under no illusions to expect a similar upturn in performances and results after parting with Aitor Karanka.

Aside from a training ground row with Stewart Downing in his final games, Karanka commanded the respect and support of his players, at least in the public eye. And Downing is hardly the sort to engineer a player movement against a manager. There was no sense of disloyalty or treachery among the squad. Crucially, and unlike Leicester under Ranieri, there was no hint that these players were under-performing. A relegation battle is their level.

Interim manager Steve Agnew would perhaps have chosen an easier opponent, but Manchester United represent a free hit. Combine their stoic defence with the sort of attacking intent that the Riverside Stadium has kindly requested over the past season, and the fans will quickly be on side.

Manager to watch – Jose Mourinho
Manchester United spent Thursday evening as I often do: playing with a banana and an inhaler. Yet perhaps the most pertinent moment in their underwhelming Europa League victory over Rostov came not in the 70th minute with Juan Mata’s goal, but in the 48th minute, with Paul Pogba’s injury.

It is hardly a surprise that the Frenchman tweaked his hamstring at Old Trafford, considering he did not enjoy a pre-season and has played 3,553 minutes in all competitions this season – more than any other player in England.

Jose Mourinho will surely not risk the fitness of the world’s most expensive player for a game Manchester United really should win with or without him against Middlesbrough.

Mourinho stated after the Rostov draw that “the probability is we lose on Sunday”, but that is neither the most likely scenario, nor something the club can afford. They are the favourites against a team mired in the relegation battle, and have to win.

One-on-one battle to watch – Jermain Defoe v Michael Keane
Hands up who examined the fixture list back in the summer and picked out Burnley’s March visit to Sunderland as a game the England manager would be highly interested in? A 34-year-old striker whose last international cap came in November 2013 and an uncapped defender, both in the Premier League’s bottom half, were named in Gareth Southgate’s first squad as permanent manager.

Southgate described Defoe’s 14 goals for bottom club Sunderland as “phenomenal”, while Keane has earned his place as one of the most consistent defenders in the country. One surely has to come off worst in Saturday’s clash, which will have lasting ramifications in the battle against relegation. If Sunderland are to harbour any hope of yet another miracle escape, they absolutely have to beat a side who have accrued two away points from a possible 42 this campaign. A win for the Clarets, and safety is surely secured.

Football League game to watch – Leeds v Brighton
Fourth hosts second in the Championship as both sides look to strengthen their promotion bids. Brighton hold an 11-point lead over Leeds in the chase for automatic promotion, and with just nine games left, it is unlikely that Garry Monk’s side will overhaul the gap. But Huddersfield are lurking, six points behind Chris Hughton’s men with a game in hand. And if Leeds weren’t already facing an uphill battle, their recent record suggests a Saturday evening of misery at Elland Road; Brighton have won the last six meetings between these two sides.

European game to watch – Atletico Madrid v Sevilla
Fourth hosts third in La Liga as both sides look to strengthen their bids to finish below Real Madrid and Barcelona. Sevilla are on 57 points and hold a five-point gap over Atletico Madrid in the chase for third place, but anything can happen with nine games remaining. Villarreal and Real Sociedad, both on 48 points, are waiting to pick at the carcass in the event that one side loses.

But despite sitting lower in the table, the advantage is clearly with the home side. Sevilla are still reeling from their Champions League knockout, while Atletico confirmed their quarter-final place with ease. They have also conceded just 18 goals in 21 home games this season, and have lost just once in 12 meetings with Jorge Sampaoli’s side.

Where is Mike Dean this week?
He’s at Bournemouth v Swansea. Thanks for asking.