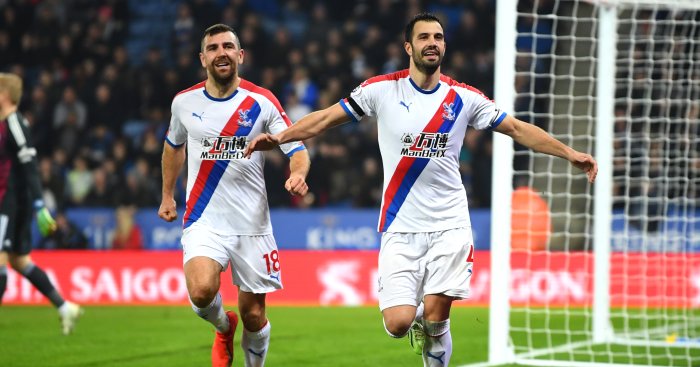 Game to watch – Manchester City v Tottenham
Toyed briefly with a banter pick here – especially as Liverpool play Cardiff thus bringing into play Matt Stead’s favourite stat about how Liverpool have never beaten a team in 18th under Jurgen Klopp or something [subs please check] – but come on. Teams playing each other twice in four days is unusual enough; the second game coming so soon after one of the most bonkers and brilliant games ever is surely as unprecedented as a Liverpool win over a team in 18th [subs please check].

In Big Midweek, Winty kicked off this section by noting that City had won 20 of their last 21 home games and Spurs lost six of their last seven away. Those stats now read 21 of 22 and seven of eight, although it doesn’t quite feel like that.

Frankly I’ve got no idea what’s going to happen here. City could be consumed by a funk of despair when faced with the exact same faces that bantered them off so thoroughly on Wednesday and lose 1-0 to a goal that goes in off Vincent Janssen’s arse. Or they could be so consumed by rage they thrash those upstarts Spurs 14-0 with Raheem Sterling lifting his shirt to reveal the message ‘VAR THAT YOU C***S’ after netting his eighth tidy back-post finish of the afternoon.

Or it might be something in between, I don’t know.

But whatever happens, it’s literally guaranteed to be amazing. Imagine not watching it. You’d have to be some kind of dafty.

Statistic to watch – The Premier League draw drought
Don’t really know what to do with this information but it seemed interesting and a bit mad. No, it’s not the Liverpool/18th thing. It’s way better than that. It’s this: there hasn’t been a draw in the Premier League for 34 games. That seems like…loads.

Newcastle’s injury-time equaliser in a 2-2 draw against Bournemouth over a month ago on March 16 was the last stalemate in the top flight. Will that astonishing run come to an end? Does it matter? Is it actually in any way interesting?

Player to watch – Luka Milivojevic (pen)
Crystal Palace travel to Arsenal this week having won five of their last eight Premier League away games despite that run including trips to all the current top three. So Arsenal should proceed with caution despite their formidable home record.

Four of those five away wins have featured a successful penalty from Milivojevic. All four have been scored in the second half, three of them in the last 10 minutes.

And he scored two penalties back when Premier League draws were a thing and Palace drew 2-2 with Arsenal in October. One of those was also in the last 10 minutes.

Milivojevic is going to score a penalty in the last 10 minutes at the Emirates, is what we’re saying here.

Manager to watch – Chris Hughton
Brighton are now in massive, massive bother and must be hoping that Wolves’ generosity against rubbish teams continues this weekend – especially with Cardiff on a hiding to nothing against Liverpool (18th-placed curses notwithstanding).

The Seagulls still have to face Tottenham, Arsenal and Manchester City before the season is out. They really could do with something at Wolves to settle the nerves and go some way to erasing the feeling of a club and manager who have sleepwalked into some deep sh*t while Neil Warnock cackles away to himself and talks about Brexit.

The good news for Everton, then, is that it’s Manchester United visiting Goodison this weekend. Anything Lionel Messi can do, Gylfi Sigurdsson can do better. Even without their recent success against the Big Six, it would seem a fine time to be running in to United.

The Solskjaer honeymoon has officially ended. They’ve just been spanked by Barcelona, and their only two wins since the Miracle in Paris have been a 2-1 success against Watford and last weekend’s outrageously fortunate 2-1 win over West Ham.

With games to come against City and Chelsea, United have little margin for error in the top-four race, while Everton remain firmly in contention for the Probably Europa League Football Seventh Place Trophy.

It’s manager Daniel Farke’s 100th game in charge and victory could even confirm promotion with three games to spare if Sheffield United come a cropper against Nottingham Forest earlier in the day.

European game to watch – PSG v Monaco
We’re just going to repeat what Winty said with slightly tweaked numbers again and make no apologies for that.

Can PSG actually clinch the Ligue Un title at the fourth time of asking? Hopefully not; this is hilarious.

It will need Toulouse to play ball against Lille earlier in the day, but assuming all goes to plan with a comfortable Lille win there we’ll be tuning in on Easter Sunday night hoping to see more inexplicable shambling from the previously unstoppable petrodollar-fuelled juggernaut.