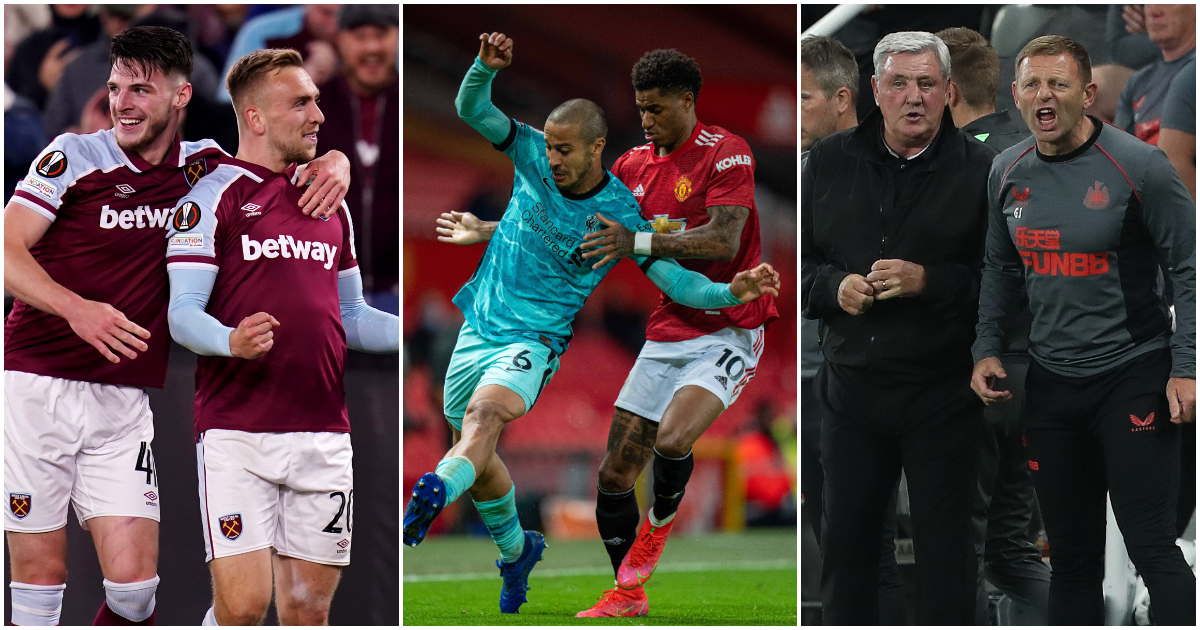 Liverpool are probably the best team in the country right now, the Salah/Firmino/Mane axis operating at 2018-20 levels and if the defence isn’t quite able to match that brilliance it only serves to make them even more watchable.

Which brings us to Manchester United. They are many, many things, and watchable is certainly one of them. If Liverpool are perhaps the best team in the country right now, then Manchester United are indisputably the weirdest. What even are they? Who knows. Are they any good? Who cares.

Both sides come into this one on the back of equally if differently absurd 3-2 Champions League wins, with United’s comeback win over Atalanta further proof that Ole Gunnar Solskjaer is an unstoppably brilliant manager when placed on the very brink of oblivion.

The bigger teams and bigger games have generally been his strength (although the 4-2 beating Liverpool dished out last time these sides met was not one of those occasions) and while the Atalanta daftness bought him time and respite, the chips remain very much down for Solskjaer.

Defeat here would likely leave United already eight points off the pace with less than a quarter of the season gone and the prospect of a season spent in a four-way heavyweight title bout already fading to be replaced by a top-four tussle against catchweights like Spurs and West Ham and Everton and even Brighton for chrissakes.

In short, this is precisely the sort of game where Solskjaer pulls a rabbit out of the hat and a result out of his arse. Although, frankly, predicting a result in this one appears to be a fool’s errand and will likely remain so even at half-time and quite possibly still with 15 minutes to go.

It almost certainly won’t be boring, though.

Team to watch: West Ham
The West Ham-Tottenham rivalry is a fascinating one, as such lopsided rivalries always are. This has always been a fixture West Ham fans have cared about more than Spurs supporters, who have at least two more pressing London rivals to worry about and hate.

But just as the direction of travel of both clubs in recent years has turned the North London Derby into a bigger deal for all concerned, so too now does the movement from West Ham up towards and last season even above a stumbling Tottenham.

The Hammers have been ever so slightly hit and miss this season but at their best still look a more consistent and certainly better structured and coherent side than Spurs and victory would take them back above rivals who are now also their peers.

For that to happen, though, West Ham will have to cope with a disadvantage that reflects their newly elevated status: Thursday night fever.

While the Hammers put out another strong Europa League team to dismantle Genk, Nuno and Spurs were making 11 changes for their shambling defeat in the third-tier conference at Vitesse Arnhem.

This, then, becomes not just a battle of rivals but one of the relative benefits of momentum and confidence against a nice midweek off.

Player to watch: Kai Havertz
Or Mason Mount, or Callum Hudson-Odoi, or Hakim Ziyech or whichever Chelsea player gets the chance to play at nine – false or otherwise – against Norwich in the absence of both Romelu Lukaku and Timo Werner.

Both Chelsea strikers were forced out of the otherwise-straightforward 4-0 Champions League win over Malmo in midweek, and with Saturday’s visit of Norwich followed before the next international break by a Carabao game against Southampton, league games against a still-bobbins-until-January-at-least Newcastle and Burnley plus another crack at leaky Malmo, there is a huge opportunity for someone – or multiple someones – to have an awful lot of fun in the next few weeks.

There is also, of course, the prospect that nobody grasps this chance and Chelsea fall flat on their face during their easiest run of the season. It all raises the philosophical question about when the best (or in reality least bad) time to miss such a key player as Lukaku is. Is it better to lose him during a run of difficult games when points would likely be dropped along the way anyway, or during an easier run of games when you should still pick up plenty of points and wins and goals without him?

Let’s just hope Havertz (or Mount, or Hudson-Odoi, or Ziyech) don’t get themselves in a tangle over that particular hypothetical and focus on grasping the opportunity that is about to come their way.

Manager to watch: Graeme Jones
Caretaker managers are always good value, but especially when their long-term prospects of somehow parlaying their temporary job into a permanent one are statistically zero.

That’s no slight on Jones, an astute and talented coach whose addition to Steve Bruce’s backroom team always looked likely to end precisely as it now has done whether the Saudi takeover went ahead or not.

While Bruce’s presence for the defeat against Spurs was a stark and unwanted reminder for Newcastle fans of the old and despised regime, Jones serves to highlight that for all the excitement around the club, Newcastle remain stuck in stasis. He was part of the staff coaching a side that served up such execrable football under Bruce. While the players at least have the luxury of knowing it will be January at least before half a dozen of them are swiftly replaced and upgraded, Jones doesn’t even have the luxury of knowing when his time is up. All he knows for certain is that, like Bruce, he will be told otherwise sooner rather than later.

European game to watch: Roma v Napoli
Napoli have won eight out of eight in Serie A this season. Roma have just been gubbed 6-1 by Bodo/Glimt in the Europa Conference as Jose Mourinho’s three-year cycle continues to be condensed into ever shorter and shorter timeframes.

Things carry on like this and he might even be available for Newcastle before long. Now there’s a club where the great man could really show what he’s capable of. Expect the Mourinho cycle to be all wrapped up inside a week, from smiling enthusiasm to bitter recriminations and the acrid scent of burning bridges if he ever does rock up on Tyneside.

Football League game to watch: Cardiff v Middlesbrough
Middlesbrough’s trip to south Wales is the live Sky Sports offering on Saturday lunchtime, with the good news for Cardiff as they glance nervously over their shoulder with just 11 points from their 13 games is that the last four Middlesbrough games have all been won 2-0 by the home side. That’s definitely a more meaningful and significant stat than Cardiff’s seven straight defeats. Well, almost definitely.

You can read Championship Big Weekend here, if that’s your thing.