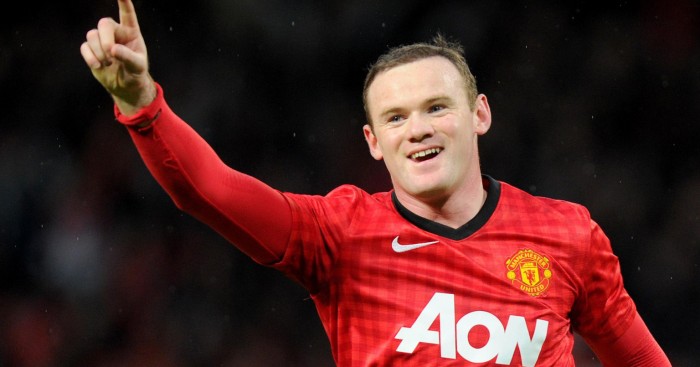 We will save our cries of ‘the big man is back in town’ for when he starts scoring against proper sides. It’s also big for Giroud, Liverpool and the car crash at Tottenham…

Wayne Rooney
‘YES, Wayne Rooney can be the main man again,’ began the match report in The Sun as Manchester United steamrollered over Club Brugge like frites underfoot. Oh do behave. We prefer to look at nine Premier League games without a goal, two on-target shots in three Premier League matches and four top-flight strikes in the whole of 2015. We will save our cries of ‘the big man is back in town’ for a run of goals and convincing performances against a team not even close to being the best in Belgium.

“I understand because of my name and because of who I am it will get publicised a lot more,” said Rooney when asked about a goal drought stretching back over 800 minutes. He’s right – this kind of intense scrutiny comes because of his prior achievements. When excellent players go off the boil they attract far greater examination than those who barely simmered. Those of us who doubt whether Rooney can ever be a 20-goal striker again are angry not with him, but with the media and his manager for propagating the myth that this is not a player in decline.

The only way to stop the noise for a few months at least is to start scoring goals – preferably against somebody other than Club Brugge or San Marino. Swansea at the Liberty Stadium would be an excellent place to start.

Tottenham Hotspur
After a summer that has been nothing short of disastrous, literally nobody has been remotely shocked by a start to the season marked by Tottenham’s trademark ‘looking good for roughly 20 minutes a game’ schtick. It’s not clever, it’s not charming and it’s really not remotely surprising when you begin the campaign with just one striker and central midfield options that begin with Ryan Mason, end at Eric Dier and take in only Nabil Bentaleb en route.

I said in the opening Winners and Losers of the season that Crystal Palace’s bench looks much better than Tottenham’s. It is nothing short of negligence that this has been allowed to happen to a club that finished fifth in the Premier League just three months ago. There is no match-winner or even match-saver amongst Dele Alli, Tom Carroll, Bentaleb, Kieran Tripper, Danny Rose, Josh Onomah and Michel Vorm. Mauricio Pochettino would cry real, salty tears if he allowed himself to look at that bench during a Premier League game. Ladies and gentlemen…the richest league in world football.

Reinforcements are clearly required ahead of the deadline but what is required on Saturday tea-time against Everton is a performance that even vaguely suggests that Tottenham are capable of competing with Palace and Swansea, never mind Liverpool. It’s late August and it already kind of feels like that red ship has sailed.

Olivier Giroud
“I am always confident that a last-minute situation or solution is available, because the transfer market is especially moving in the last four or five days,” said Arsene Wenger when asked about the possibility of the Gunners signing a new striker. So it’s over to you, Olivier, to prove that actually, Arsenal do not need a ‘solution’. That actually the solution lies in an incredibly handsome Frenchman and versatile back-up from Danny Welbeck, Alexis Sanchez and Theo Walcott.

Wenger clearly thought that quartet was his ‘solution’ when he talked at length before the season about cohesion being more important than new blood, but three Premier League games and just two goals (only one actually scored by an Arsenal player) later and there is a consensus both within and outside the Emirates that an injection of goals is required. Could that consensus start to lose traction if Giroud scored against Newcastle on Saturday lunchtime? Sans aucun doute.

Mesut Ozil, Aaron Ramsey, Santi Cazorla and Alexis Sanchez
Nine shots between the four of them on Monday night against Liverpool and only two of them on target. After 33 Premier League goals in total last season, Arsenal fans would be right to expect more. We are all waiting for a mercurial Arsenal player to step up and say ‘this match is mine, bitches’. The ‘bitches’ part is optional.

Steve McClaren
They have suffered too long to lace their optimism with anything other than caution but a goalless draw at Old Trafford followed by an out-of-character midweek cup cruise has left Newcastle fans – at the very least – not dreading Saturday’s visit of Arsenal. And in Florian Thauvin they could have a genuine hero. And how much do they love a handsome French hero in the north-east? They have that much in common at least with Saturday’s visitors.

McClaren’s start as Newcastle manager has been slightly underwhelming but it has not been disastrous – his side were at least quietly applauded after their opening-day 2-2 draw with Southampton. At least match that result and the international break will ensure smiles on Tyneside until at least mid-September. Read the Daily Mirror if you want to know what McClaren thinks about that.

That Chelsea defence
We suspect that it was never a Big Weekend for that Chelsea defence throughout the whole of last season but after conceding more shots on target than even Sunderland in their opening three matches, the spotlight is very much on Branislav Ivanovic et al, who have looked incredibly vulnerable to pace in this nascent season. Thankfully they are playing a Crystal Palace side not blessed with speed – they should be able to handle barely moving snails like Wilfried Zaha, Bakary Sako, Yannick Bolasie and Jason Puncheon. I can foresee literally no problems there at all against possibly the best counter-attacking side in the Premier League.

There’s a reason that Jose Mourinho said that John Terry was “dancing in the dressing-room” after his red card against West Brom.

Liverpool
Monday was much, much better – at least for 45 minutes – but over £60m outlay on attacking players this summer should bring goals at Anfield against the walking disciplinary problem that is West Ham. After a stuttering 1-0 over Bournemouth two weeks ago, much will be expected on Saturday after only the brilliance of Petr Cech kept out Christian Benteke and Philippe Coutinho on Monday.

Hopefully for Liverpool fans and the salivating Daniel Storey, another week of training for Roberto Firmino will see him becoming an equal member of the mouth-watering BFC combination. If we were Adam Lallana we would give up on BLC ever becoming a thing.

Two or three goals should do the trick to make us all wonder whether writing off a top-four finish was as foolish as it proved to be two seasons ago.

Aston Villa
After the late-season euphoria and hints at, whisper it, ‘entertainment’, Villa have their first Premier League home game which they are very much expected to win. After recording just six shots on target in three games (only Newcastle can match that paucity of threat), the fans have a right to demand more against a Sunderland side that has already shipped eight goals.

Tim Sherwood deserves some credit for making Villa ‘difficult to beat’, but ‘difficult to beat’ is not what is required when Sunderland are the visitors. In the absence of any inspiration from Scott Sinclair and Jordan Ayew, there’s a whole lot of weight on the 19-year-old shoulders of Jack Grealish and Adama Traore. Turn it on and you will be loved by a stadium starved of anything approaching carnal football.

Sunderland
Lovely Dick Advocaat is upset and why would anybody want to see lovely Dick Advocaat upset? It turns out that two ropey centre-halves and a flashy winger are not deemed enough to rescue a truly rotten Sunderland side. Who would have thunk it? Lovely Dick Advocaat himself, evidently. They need to show gumption on the pitch and ambition off it to keep hold of a manager odds-on with some bookies to be the first Premier League manager out of the door. Surely the merry-go-round has to stop before somebody chucks up all over mother.

Stoke City
For all the talk of Stoke-alona and more expansive football, Mark Hughes’ side have begun the season in exceedingly underwhelming fashion. The pressure is far from on yet but Potters fans who dreamt of an attacking trio of Ibrahim Afellay, Xherdan Shaqiri and Marko Arnautovic probably dreamt of something other than one shot on target against a Norwich side featuring Steven Whittaker, Russell Martin and Graham Dorrans.

Next up at the Britannia are West Brom, currently propping up the table. Like at Villa Park, there will quite rightly be an expectation of entertainment.

Saido Berahino
If you want to convince Tottenham to spend £25m and take you to that there London, we suggest that a goal or two at Stoke might make a more compelling argument than petulantly unfollowing your club on Twitter.

Southampton
We know it already feels like you have been playing for a month, but to neutral observers who assumed you would just keep on carrying on regardless of who was sold, it feels like your season hasn’t quite started yet. Norwich at home? Take it by the scruff of its neck, please.

Bournemouth and Leicester
If there aren’t at least seven goals in this, we’re all going to feel a tad short-changed.

Leicester’s defenders
“I love a clean sheet. Maybe I pay a tenner to all my players when they get a clean sheet,” says Claudio Ranieri. The spoilsport.