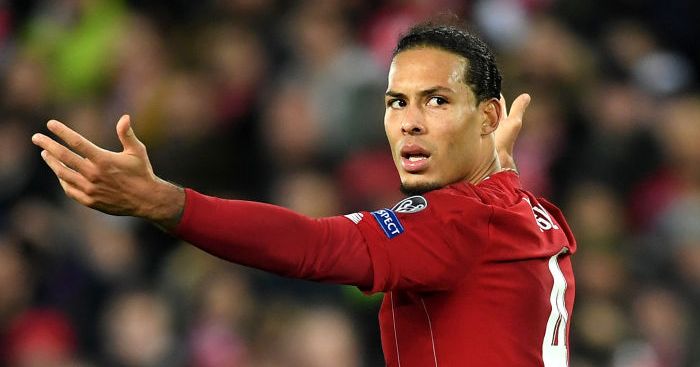 Game to watch – Southampton v Watford
19th v 20th. The worst defence v the worst attack. Some of the worst players v some of the other worst players. The somehow-safe manager v the not-even-pretending-to-be-remotely safe manager. This could be extraordinary entertainment or it could be the most desperate football match you have ever seen. Hell, it could be both.

In theory, second-bottom Southampton are in the worst form – without a win of any kind since mid-September and without a win at home since April – but fashioning 21 shots at the Emirates in a match they really should have won last week does at least suggest that they are close to being functional. Certainly, the partnership between Danny Ings and Michael Obafemi shows promise, while James Ward-Prowse and Pierre-Emile Højbjerg should not be out-fought or out-hyphened in central midfield.

But are Watford functional? They were woeful against Burnley, their back five – with an average age of 29 – exposed too easily, which is unforgivable when you have a striker as ineffective as Andre Gray. Can they still survive? Well, ten of 28 teams who have amassed eight points (or fewer) in the first 13 games of a 38-game season have survived so it is improbable rather than impossible. What is very clear is that they absolutely cannot lose at St Mary’s on Saturday.

The Saints pulled off an escape from a similar position last season, but the difference is that Watford have already played their joker of changing their manager. Is there really any point in changing again? If they did, they could do worse than picking up Ralph Hasenhuttl, who was the architect behind Southampton’s unlikely revival 12 months ago. That’s the curiously absurd nature of the bottom of the Premier League and this weekend it takes centre stage as the Big Six take a break from playing against each other.

Manager to watch – Marco Silva
This week, the words ‘stay of execution’ and ‘borrowed time’ have become interwoven with the name of Marco Silva, which has generally been preceded by the words ‘favourite to replace’ as David Moyes edges to the front of a very short queue of potential replacements for the Portuguese. The general consensus is that he will not survive defeat to Leicester on Sunday, which seems highly likely as Leicester have won all their home games since the opening day of the season.

Pre-season, this would have been viewed as a clash between two well-matched sides hoping to break the top-six cabal; in reality it is 2nd v 16th and a mis-match between one of the best-run clubs in the country and Everton, who have lurched between managerial philosophies so wildly that they are seriously contemplating simply pretending that the last six years simply never happened.

Actually, being away from Goodison Park might being a nugget of sweet relief to Silva, who is unlikely to be able to hear the barracking of the Everton fans above the Leicester jubilation; he may never actually set foot in Goodison Park again and they will not miss each other if so.

Silva has been criticised for making too many personnel changes but there was little in the defeat to Norwich that suggested he should stick with those who flopped so spectacularly. He absolutely should not resist the temptation to shelve the woeful Morgan Schneiderlin, while Dominic Calvert-Lewin seems marginally more likely to test that rarely-flapped Leicester centre-half pairing than the immobile Cenk Tosun. There may only be one more die to throw.

Pretty much exactly a year ago, I wrote that Everton went to Liverpool as rivals, if not equals. That seems an awful long time ago now but the Toffees team that lost 1-0 to a late Divock Origi winner offers some mitigation for Silva, who has keenly felt the loss of Idrissa Gueye to PSG and the rest of his preferred central midfield to injury. But sympathy will be in short supply if Everton lose on Sunday and the man widely derided as a ‘chancer’ finally runs out of chances.

Player to watch – Virgil van Dijk
It’s been over 21 years since Liverpool last failed to keep a clean sheet for 11 consecutive games and that was a very different Liverpool, with Steve Harkness and Dominic Matteo in defence, Roy Evans in the dug-out and ambitions being largely restricted to finishing within ten points of Arsenal and Manchester United. The Liverpool of 2019 has its sights on 427 trophies and myriad achievements that will be incredibly difficult to achieve without a defence capable of keeping a clean sheet.

Central to that defence is of course Van Dijk, who has not been at his imperious best this season. There have been wobbles, perhaps inevitable when the Dutchman has had three different partners in the Premier League alone. Try pulling that off without ever texting the wrong one.

On Saturday, Liverpool’s visitors are Brighton, who have not scored a league goal at Anfield in 37 years. Obviously, this is one of those contrived statistics that fails to disclose just how rarely Brighton and Liverpool have been in the same division, but it does testify that this Premier League incarnation of the Seagulls has not really troubled the Reds.

And there is little in Brighton’s season to suggest that they will do so on Saturday; they did not fashion even one shot on target against Leicester last week. It could and should be an easy afternoon for Van Dijk and pals; failure here will raise the volume of the noise.

Team to watch – Tottenham
Or should we now call them ‘Jose Mourinho’s Tottenham’, as they have already been renamed across Europe. Let’s face it, they are interesting again. Entertainers, even. Which is how you describe a massively flawed team when they are still in the honeymoon stage. The newspapers are giddy now, so how are they going to cope with THREE WINS IN A ROW? There will be puddles on the floor.

European game to watch – Atletico Madrid v Barcelona
La Liga’s stingiest defence v its most potent attack. It’s the antithesis of Southampton v Watford and it’s unlikely to be half as entertaining, largely because we already know it will end 1-1. It always ends 1-1.

As detailed by Daniel Storey in Winners and Losers, this is an Atletico Madrid team struggling to cope with a rapidly changing side. As he wrote, ‘one league defeat all season is hardly the cause for widespread panic, but their seven draws speak of a team struggling to find cohesion and having to rebuild on the job’. And they take on a Barcelona side described by Seb Stafford-Bloor at elegant length after the out-of-form table-toppers beat Borussia Dortmund this week.

We presume that his goal from the bench means that Antoine Griezmann will be restored to Ernesto Valverde’s starting line-up. We presume that he will be booed. Now we just want to know if he will wilt or thrive. Sunday night will bring the answer.

Football League game to watch – Preston v West Brom
We have to wait until Monday for this one, but it might take that long for Preston to recover from a ridiculous 4-0 thwacking by Hull in midweek. “We had lads in there trying their best to get the job done but we found it tough,” said Alex Neil, bemoaning a raft of injuries in defence. He will be praying that his troubles ease before he faces a West Brom side who have scored 18 goals in their last eight games. Matt Phillips, Matheus Pereira, Grady Diangana and Hal Robson-Kanu are one hell of a front four to be facing when you’re feeling vulnerable.