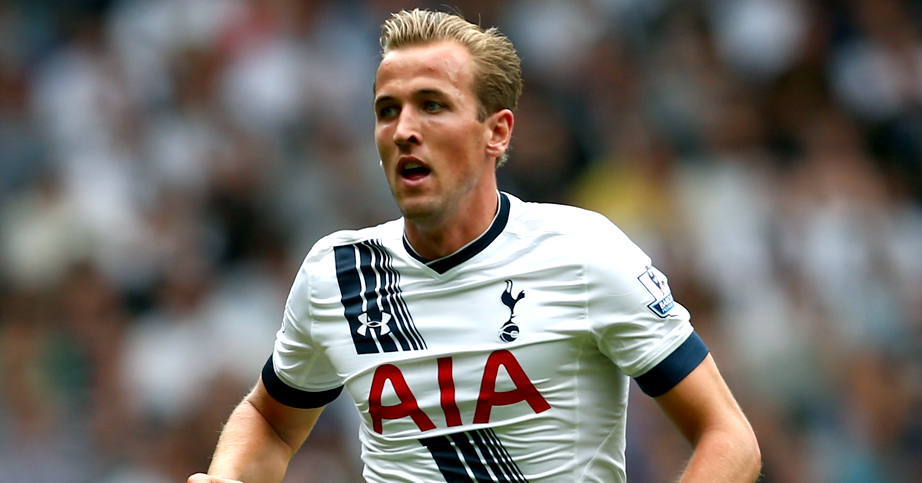 Can the real Harry Kane please stand up? Are you the goal machine from the latter end of last season or was that a streaky fluke? Plus, it’s time for Arsenal’s strikers to start taking some of their chances, whilst Alexis Sanchez needs to either perform or get a proper rest. Plus Wayne Rooney, Brendan Rodgers, Mark Hughes and Tim Sherwood…

Arsenal’s strikers
Arsene Wenger will be mightily pleased to have got past Tottenham in the League Cup in midweek, but the presence of Mathieu Flamini as the club’s top goalscorer won’t be giving him the mirth that many on social media seem to have derived from the statistic.

Something has to give. Either Arsenal suddenly find their goalscoring streak or Wenger’s side will be out of the title race before they even laced up their running spikes. They haven’t scored more than two goals in any of their ten matches in all competitions. Leicester and Crystal Palace have both done so three times each.

Alexis Sanchez
Forget all the debate about Theo Walcott or Olivier Giroud for a minute, for it is Sanchez who has been Arsenal’s most disappointing player so far this season.

“Nobody plays 60 matches in a season anymore,” was Wenger’s wonderfully self-unaware quote this week. Sanchez played 58 last season, and that doesn’t include the Copa America last season. The poor lad is in desperate need of a rest, but Arsenal’s hopes are pinned on him in the absence of a ‘wow’ striker.

Last month, Wenger also detailed exactly what made the Chilean such a special player. “What Sanchez has is in the first two yards is that he is lightning quick,” he said. “He has that explosive attitude linked with his spirit, which makes him even more spectacular.”

Unfortunately, that initial burst is exactly what will go missing at times of fatigue. Only another 50 games to go (plus internationals) until a proper rest, Alexis.

Mark Hughes
Until now, Stoke’s poor start to the season has flown under the radar. In last week’s column I described how it was foolish to expect immediate cohesion, but the concession of a two-goal lead at home to Leicester last week has caused the murmurs of discontent around the Potteries to begin.

Houghes has experience of terrible runs to start a season, having been sacked by QPR after picking up four points in the first 12 matches in 2012/13. Stoke are only at six, but failure to beat Bournemouth at home on Saturday and a brilliant last two seasons begin to feel an awfully long time ago.

Steve McClaren
We detailed here in numerical form why Steve McClaren is under so much pressure, but the mood among the journalists on Tyneside gives an emphatic reminder.

‘This, remember, is Newcastle side now supposedly intent on winning something,’ tweeted The Times’ George Caulkin. ‘Laughable, pathetic, awful, pitiful, desperate. Wednesday’s reserves worthy victors tonight. I’m off to the garden shed with a shotgun.’

‘At the moment United are devoid of any reasons for cheer,’ wrote Mark Douglas in the Chronicle. ‘There is nothing that has happened this season so far or waiting in the wings to suggest that it will change. All we can do is wait and hope – based on nothing really – that it will get better. Nothing in the players, head coach or squad beneath the starters so far suggests that Newcastle are going to turn this around. It is very, very worrying.’

With Chelsea and Manchester City to come, things don’t get any easier for a manager who admitted the job has been far tougher than he anticipated. The lingering suspicion is that this was a man prepared to take any job to get back into the Premier League. If this run of form carries on, it may be his last hurrah.

Sunderland’s defenders
They’ve spent months and months talking about eliminating mistakes, so now might be time for Sunderland to actually do so. The bad news is that Younes Kaboul is back from suspension.

Wayne Rooney
Having scored against one Championship defence in midweek to register his first goal in six months, Rooney has another chance to do the same on Saturday.

Southampton
A whopping great win in the Capital One Cup, but now time to replicate that excellence in the Premier League. With his side in 16th, and having already played two promoted clubs and a rotten Newcastle side, Ronald Koeman will demand that his side beat Swansea at St Mary’s and begin their ascent up the table.

Mamadou Sakho
Dejan Lovren’s injury should finally give Sakho an extended run in Liverpool’s first team. There are many who believe he should never have been away. I’m one of them.

Harry Kane
Liverpool’s near-collapse on Wednesday evening saved me expressing my concerns over Kane’s own form.

Paul Merson included the striker in his combined Tottenham and Arsenal XI on the basis that “he is not a one-season wonder”, but we’re yet to see significant evidence to the contrary. Kane will surely not fall too far back into the shadows from whence he came, but it’s also easy to detect that his confidence is low. It’s now eight club games without a goal.

During Kane’s glorious five months between October 23 and March 21 he scored an astonishing 25 goals, 19 of which were in the Premier League. During that period, Kane registered a conversion rate (shots to goals) of 31.2% and a shooting accuracy of 60.7%. Since then, those figures have dropped to 6.25% and 43.75%.

In the near future we will find out which of those two runs was unsustainable.

Brendan Rodgers
When Rodgers sat down to his Coco Pops last Saturday morning, he mused at what the next seven days would hold. Ever the optimist, he anticipated winning both the Saturday and Wednesday lottery jackpots, but also surmised that regulation victories over Norwich and Carlisle United would set up Liverpool’s season.

‘Beat Villa next Saturday and we could be second in the league,’ Brendan said to the portrait of Brendan in the lounge, whistling You’ll Never Walk Alone as he went to fetch the papers in bright orange trousers. ‘If you’re standing out, you’re outstanding,’ he chuckled to himself and his sartorial conspicuousness. ‘And I’m outstanding alright.’ Yes, this would be a good week. A leaf had been turned, a corner turned. A character built.

If Liverpool don’t beat Aston Villa, they could be as low as 16th in the Premier League on Saturday evening. Amid all the noise of Carlo Ancelotti and Jurgen Klopp lies a group of players playing far below potential and a manager on the precipice.

For a manager who lives through faux philosophy and managerial speak bluster, losing your job on the back of a defeat to Tim ‘go out there and play’ Sherwood would be a body blow.

Tim Sherwood
As we detailed here, Sherwood basically claimed that he deliberately had his Villa side pumping the ball long to Rudy Gestede during the first half against Birmingham on Tuesday. It looked terrible (Gestede seems unable to control the ball) but, when Villa then improved during the second half, the manager was happy to take the credit. His post-match look of ‘I made that happen’ pride was like a mother waving her child off for the first day of big school.

Little note of advice to Sherwood for Saturday, then. Liverpool are better than Birmingham, and so can’t be relied upon to not scupper the ‘plan’ by scoring in the first half. Better opt for Strategy B – playing well for the whole match.