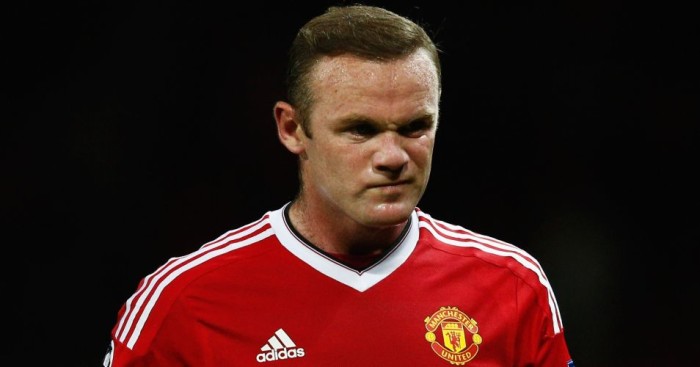 Wilfried Bony
With Sergio Aguero sidelined for perhaps another month, Wilfried Bony is now a week or so into a month which could shape his Manchester City career. If he needed a gentle shove, it came from Manuel Pellegrini on Tuesday.

“It is his moment, his chance to show what he has got.”

So said the City boss ahead of the Champions League win over Sevilla. Bony failed to really shine at the Etihad, despite having a hand in City’s first goal, but notching at United would go a long way to appeasing some undecided Blues.

Bony is obviously not Aguero – who is? – and while the former Swansea striker lacks the Argentine’s guile, movement and killer instant, perhaps his attributes are more geared towards getting the best out of those around him. Bony can be an effective pivot and if he can drag Chris Smalling around the Old Trafford park, then Kevin De Bruyne and Raheem Sterling can wreak havoc, as both have already showed in the past seven days.

But, of course, Bony will largely be judged on his goal return. He has scored only four for City so far, half of them coming last week at home to Bournemouth. But Sunday will bring Bony’s third start in eight days after only five in the previous nine months; rustiness is waring thin as an excuse. As Pellegrini said: It’s time to shine, Wilfried.

Wayne Rooney
After another lifeless display in midweek, I saw it written somewhere that Rooney is currently ‘going through the footballing menopause’. The change is certainly starting to look permanent and, worryingly for the United skipper, there is a younger model vying for the attention of Louis van Gaal.

The United boss has persisted with Rooney as his centre-forward, despite the superb form of new boy Anthony Martial. The teenager bagged his fifth United goal on Wednesday in Moscow, having again been shunted out wide to accommodate his captain. But for long periods in Moscow,  United again looked blunt and predictable.

Paul Scholes, who seemingly never misses an opportunity to stick the boot into Van Gaal, said United have “no quality, no movement. People are not running”. However, the former midfielder (and crucially, Ryan Giggs’s mate) seemed to absolve Rooney of any blame by saying he needs pace around him.

But Rooney’s declining speed has made him very easy to stop. When he was sidelined, United finally looked potent in attack with Martial stretching centre-halves, creating space for others. Even Ander Herrera, the second nicest man in the world behind Juan Mata, alluded to the problems with playing behind Rooney by highlighting the benefits of Martial’s pace and movement in comparison to ‘the rest’.

It’s not hard to decipher to whom Herrera might have been referring, and time is certainly running out for Rooney to rediscover some of his old sparkle. If ever a goalscoring hot flush was required, it is now.

Sam Allardyce
The new Sunderland boss will not be too keen to follow the examples of Paolo Di Canio, Gus Poyet and Dick Advocaat during his tenure, but one thing the last three Black Cats bosses all did was to beat Newcastle in their second match in charge of the Wearsiders.

And Sunderland certainly need the three points as much as Allardyce will crave them against the club that sacked him in 2008. Luckily for Big Sam, if there is one thing the Black Cats have done well over recent seasons, it is win derbies.

They have triumphed in the last five meetings and are unbeaten in seven. Allardyce feels the weight of expectation,  having admitted: “I’ve got to keep the record going, there’s no doubt about that.”

His urgency is genuine. A win over their hated rivals has been the platform for more than one great escape of late, and while desire has not yet turned into desperation at the Stadium of Light, Allardyce will be all-too aware of what either victory or defeat could do to morale and their longer-term prospects.

Steve McClaren
The Newcastle manager’s relief after their first win last week was obvious. But Sunday is no time for cigars in the dug-out. All that good work against Norwich will be wasted if the Magpies again fail to turn up on Wearside.

McClaren’s pessimistic tone before last Sunday was as alarming as it was bizarre, but six goals and a performance pulled from God knows where means that the former England boss is not going to the Stadium of Light with his job hinging on the result – unless his side get smashed, of course.

He insisted this week that the derby is ‘just another game’, but the message behind closed doors must be very different. Newcastle fans will not accept a repeat of last season’s spineless showing down the other end of the A19 and they will judge the manager upon this weekend’s result far more than the last.

“If anyone should be scared to lose then it should be me. But I’m not.”

Sherwood may not fear defeat but he’s certainly become familiar with it of late. Villa have lost seven of their last eight in the Premier League and another loss to struggling Swansea on Saturday would see the knives out for the Villa manager and perhaps the sword he spoke about last week.

Fear can be a healthy emotion – it keeps us safe, which Sherwood certainly is not. And his squad is nowhere near good enough to be going into matches with the fearless, cavalier attitude Sherwood keeps talking about.

Villa’s defence needs as much protection as the team can muster and their attack is certainly not potent enough to win a straight firefight with anyone.

Sherwood may perceive being tight and organised as negative, but he will probably have plenty of spare time to revise that philosophy if Villa lose again on Saturday.

Garry Monk
Swansea quickly retaliated against John Cross’s report on Wednesday that Monk had not taken training since the home defeat to Stoke on Monday, but that does not mean that all is well at the Liberty Stadium.

Reports suggest there is indeed tension behind the scenes and the club may be trying to steer Monk towards hiring an experienced assistant. It all seems quite bizarre given the job Monk has done since taking over as boss last year, but the Swans’ slump seems to be causing some panic.

Monk’s side have won just twice in the league this season and go to Villa on Saturday looking for their first victory in seven. Three points would certainly give the manager more leverage with the board, especially with Arsenal due next in south Wales.

Norwich
Conceding six to Newcastle was shameful and Alex Neil does not appear to be a man who will have taken it lightly.

Norwich host West Brom in what might appear to be a comfortable fixture in which to bounce back, which is something the Canaries have done well prior to last week.

The 6-2 hammering in the north-east marked the first occasion Norwich had lost consecutive Premier League matches this season. Three points against the Baggies are crucial, especially when you note that three of November’s four opponents are Manchester City, Chelsea and Arsenal.

Jurgen Klopp
The final first of three in a week for Klopp comes when he takes charge of Liverpool at home in the Premier League.

His inaugural game was safely negotiated at Tottenham, with lots of positive stats about running very far and very fast being used as evidence that the German is already having an effect.

The new manager’s first match at Anfield, though, was a reminder that it is going to take more than speed and graft to fix Liverpool’s ills. Klopp watched his side huff and puff against 10 men but they remain too easy to stop.

With Christian Benteke and Roberto Firmino now available after cameos and Daniel Sturridge in line to return, Klopp will send out something resembling his strongest team against Southampton and everyone – players and supporters – will be looking to put on a show.

Of course, Southampton will seek to be party-poopers but it depends which Saints side shows up. Ronald Koeman’s side have been frustratingly inconsistent this season but if the Dutchman can coax out a performance similar to the one that earned victory at Chelsea recently, then Klopp’s side will certainly need to put in the hard yards.