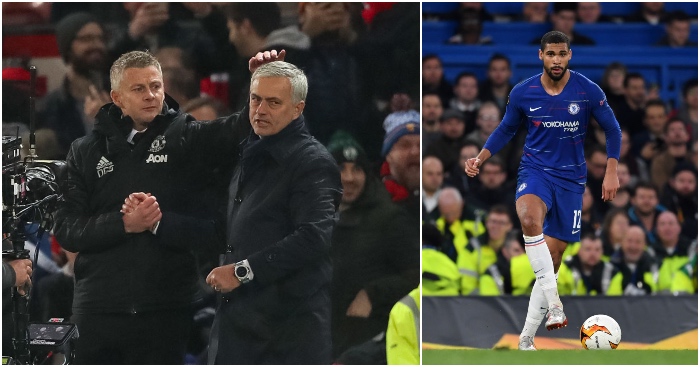 Game to watch – Tottenham v Manchester United
Tottenham’s 2-1 loss at Old Trafford in December was Jose Mourinho’s first defeat in his new job as Spurs manager, at the home of his old employers. Marcus Rashford was the difference, beating Paulo Gazzaniga at his near post early on, before slotting home a penalty after he was brought down in the box by Moussa Sissoko to secure victory.

But the abiding memory of that game was not Rashford’s heroics, or the incredible touch and finish from Dele Alli to level, but a simple pat on Mourinho’s dome by Ole Gunnar Solskjaer. The cameras picked up what Solskjaer probably thought was an innocent enough gesture, but Mourinho will have seen the image plastered throughout the press the next day as defamatory, and locked it in his ever-growing mind palace of discontent.

The Athletic claim Mourinho has been saying that Solskjaer is ‘out of his depth’ at United, which perhaps indicates a lingering grievance, or simply that he’s being honest. And he may be right; the next nine games will offer substantial proof of whether Solskjaer is truly up to the task. His side are just three points behind fourth-placed Chelsea with no remaining games against the Big Six after Friday night.

With such a run, anything but Champions League football should be seen as a failure for Solskjaer. If he can answer the questions about the partnership between Paul Pogba and Bruno Fernandes, that could be key to finishing the season on a high.

Not that a pandemic is cause for celebration under any circumstances, but the Premier League hiatus came at the right time for Spurs – who will now welcome back Harry Kane, Son Heung-min and Steven Bergwijn from injury, having looked totally lost without them. And boy, did Mourinho complain about it.

His side can close the gap to United in fifth to just one point with victory in north London on Friday, and talk of a push for a Champions League place – laughable before lockdown – isn’t quite so funny anymore. Could this really be the triumphant third act in the career of Jose Mourinho?

Player to watch – Ruben Loftus-Cheek
It’s been a long time coming, but this weekend could see the return of Ruben Loftus-Ceek. The midfielder ruptured his Achilles playing in a bizarrely timed charity game ahead of the Europa League final last season and hasn’t featured since.

But he scored a brace as Chelsea hit QPR for seven in a behind-closed-doors friendly last week. And with Jorginho suspended and N’Golo Kante working his way back to full fitness after an extended period of compassionate leave relating to coronavirus fears, Loftus-Cheek stands a good chance of playing against Aston Villa on Sunday.

After waiting so patiently for his chance at Stamford Bridge, he had finally forced his way into the first team under Maurizio Sarri, but has since been forced to watch Frank Lampard promote younger Chelsea academy products above him into the first team. But even without Lampard’s if you’re good enough, you’re old enough ethos in place, Loftus-Cheek should be playing for this Chelsea side – he’s now 24 years old and can no longer blame his youth for a lack of game time.

With Gareth Southgate watching, and consistent rumours of a move for Kai Havertz, Loftus-Cheek should be thinking of this nine-game period as the most important of his career. A nine-game stretch without injury would be a start.

Manager to watch – Mikel Arteta
Arsenal were spared the embarrassment of crowd ‘olés’ as Manchester City knocked the ball around them in the last 20 minutes of their 3-0 defeat on Wednesday evening. It would have taken a very nimble-fingered crowd noise operator to achieve this successfully with the frequency of the passing between unchallenged City players.

David Luiz rightly shouldered the blame after a typically whirlwind, error-strewn 25 minutes, but he was far from the only source of concern as Kevin de Bruyne, Ilkay Gundogan and David Silva sliced open Arsenal time and again.

Other than Bernd Leno, who proved once again just how underrated a goalkeeper he is, it’s hard to think of a player that came out of the game with any credit. And much of this is down to Arteta – who has been praised for the way in which he has changed the mentality after arriving at the Emirates – but now faces serious questions about his selection and tactics.

It’s easy to not be Unai Emery – now we need to see who Mikel Arteta really is. They face Brighton.

Team to watch – Liverpool
To the great relief of all Everton fans, Liverpool can’t win the title at Goodison Park on Sunday. But just two wins will wrap up the title, no matter what Manchester City do.

And inevitability can breed complacency. Not enough for Liverpool to lose the title from here, but enough to offer hope for next season to those that are now so far behind.

Liverpool had lost four of their last six games before the lockdown, with two victories by a single goal against West Ham and Bournemouth. And although ‘form’ as we know it is less relevant given the three-month break between fixtures, Jurgen Klopp’s side weren’t quite the ‘mentality monsters’ of six months ago. Maybe the break is what they needed.

Klopp should see this mini-season as one of his greatest challenges. When something has been an objective for so long, how does it retain its draw after being accomplished? Particularly with no fans in the stadium to entertain.

Does he give Naby Keita his nine-game audition for his future? Or stick with the tried and tested and allow Keita to leave? Does he give chances to Harvey Elliott and Curtis Jones with an eye on long-term dominance rather than immediate gains? Does he risk upsetting the apple cart by leaving big-name players out?

But these questions are unlikely to be answered at Goodison Park on Sunday, in a Merseyside derby with the title yet to be secured. Let’s get that small matter out of the way first.

Football league game to watch – Cardiff v Leeds
Leeds fans, like Liverpool’s, had their heads in their hands as coronavirus brought football to a halt. The Whites had moved seven points clear of Fulham in third place after a five-game winning steak; they were destined to return to the Premier League after a 16-year absence – only to be scuppered by an invisible killer.

There were rumours of a voided season, then no promotion was mooted. It was f***ing typical.

But now, the Championship is back, and Leeds are still on a winning streak – though the high of a such a run has probably dwindled somewhat. A loss to Cardiff on Sunday would set up a very tasty affair against Fulham the week after. It’s not quite time to stop looking through those fingers yet.

And Cardiff themselves still harbour hopes of a return to the Premier League, sitting just two points off the play-offs after three wins on the bounce.

European game to watch – Sevilla v Barcelona
It’s first against third in La Liga, as Barcelona look to extend their two-point advantage over Real Madrid, and Sevilla attempt to maintain their push for a Champions League place after being absent from the competition for the last two seasons.

Barcelona cruised to victory in their first two games back, despatching relegation candidates Mallorca and Leganes 4-0 and 2-0 respectively. Sevilla were impressive 2-0 winners in The Great Derby against Real Betis in their opening fixture, but could only manage a 1-1 draw against bottom side Leganes in their second game back.

With Atletico Madrid seemingly returning to form after a 5-0 win over Osasuna on Wednesday night, Sevilla will be desperate to get something from their clash against the Catalans on Friday night.

The game also offers a chance to see 17-year-old Ansu Fati in action. He’s not going to move to Man Utd, but the boy is certainly worth a look.