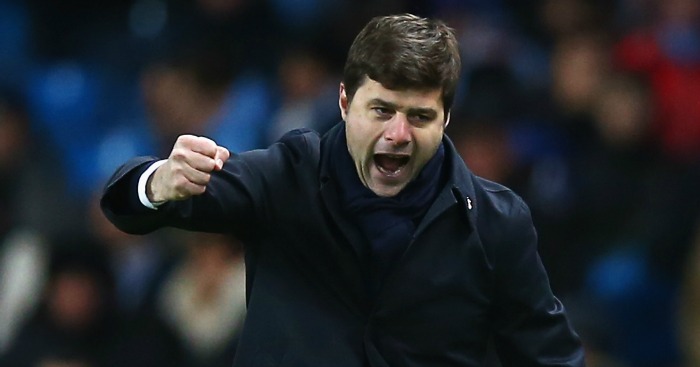 Game to watch – Southampton vs Tottenham
We normally wouldn’t include the Monday night game in Big Weekend, but we’re making an exception for the equivalent in this Christmas round of matches. Why? Well let’s look at the fixtures of the rest of the top six, shall we: Hull (a), Bournemouth (h), West Brom (h), Stoke (h), Sunderland (h). Filth.

Yet there’s something about Southampton playing Tottenham which always gets me excited. My hardwired football psyche tells me to expect a free-flowing game that is pleasing on the eye, with young players doing lovely things to warm the cockles. I could point out that Southampton’s eight home league games this season have contained only 13 goals and that Tottenham have only scored ten times away – four of those were in less than half an hour at Stoke – but shush.

Pochettino back at St Mary’s, and Victor Wanyama and Toby Alderweireld too. Tottenham without an away win in five attempts and in need of addressing that streak. Southampton unbeaten at home in the league against all but Chelsea since Spurs themselves won at St Mary’s more than a year ago. Jay Rodriguez back in form. I really shouldn’t have to persuade you, but I have done my job anyway.

Player to watch – Joe Allen (Stoke City)
“After such a brilliant Euros I was surprised we got him. I thought Liverpool would have kept him.For the amount of money as well, it’s a great signing for the club. He’s an even better player than I thought. I’ve always rated him but I didn’t realise he was so good. He’s been our best player this season, our catalyst” – Ryan Shawcross.

“We were quite surprised that Liverpool were allowing him to leave after the European Championships. They clearly were happy to do the deal and so were we. If you look at his performances since he arrived here they have been outstanding. I think Joe will want to do well when he goes back there, that is natural. He has nothing to prove though in fairness, I know that he was appreciated there by supporters and players alike” – Mark Hughes.

Both Hughes and Shawcross are right. Watching Joe Allen’s performances this season, it’s difficult to see why he didn’t flourish at Liverpool. Everything about his game screams Jurgen Klopp: Pressing, quick transitions, runs from deep and a goalscoring midfielder at the height of his powers.

Hughes insists that Allen has nothing to prove to Anfield, but the player himself may feel slightly different. He became a parody figure under Brendan Rodgers, not helped by his manager’s glowing words that never quite matched his performance. Now’s the time to bring the new Joe Allen back to Liverpool, and show Anfield what he can really do.

Team to watch – Manchester City
This week, Kevin de Bruyne spoke about Pep Guardiola’s difficulties in overcoming long-ball tactics in the Premier League. Cut to Hull City’s training ground, where Mike Phelan is overseeing an exercise in which Michael Dawson, Andrew Robertson and Harry Maguire smash the ball 80 yards onto the head of Dieumerci Mbokani. Manchester City’s Achilles’ heel was hardly a secret, but De Bruyne’s admission that it has got to Guardiola means that they can expect more of the same.

Manchester City’s win over Arsenal was a timely boost, but hardly affords them any backward steps. Four of their next five games are away from home, with the easiest coming on Boxing Day teatime. Try and stay the right side of blind drunk to see if City have shaken off the demons of their trip to Leicester.

Manager to watch – Arsene Wenger (Arsenal)
Alan Pardew is getting so familiar with his place in this section that we’ll have to start providing tins of fruit as per his rider. But what can you do? Pardew’s Palace are first up on the telly this Christmas, are in miserable form and a defeat would surely… Sorry, what? They have? Fair enough. Poor Chunky.

Arsenal chief executive Ivan Gazidis might have reassured shareholders that they could expect ‘more success in 2017’, but most supporters are slightly less convinced. Arsenal sit fourth in the table, fourth in the table based on 2016 points and are fourth favourites for the title. Hello darkness my old friend.

West Brom at home is hardly the worst Boxing Day fixture for Arsenal, but Wenger would be forgiven for approaching with some caution. With Manchester United playing Sunderland at home, Liverpool hosting Stoke, Manchester City facing Hull and Chelsea at home to Bournemouth, Arsenal can ill-afford to drop any more points. They have allowed their peers to gain six on them in the last ten days. And don’t you just know Tony Pulis is preparing his nine defensive players and rubbing his hands with glee.

One-on-one battle to watch – Zlatan Ibrahimovic vs Jordan Pickford
Ibrahimovic might be back in the type of form that allows him to say things like “I’ll play on until I’m 50” and people ignore it rather than calling him an idiot, but the Manchester United striker has suffered at the (literal) hands of some inspired goalkeeping this season. Lee Grant, Tom Heaton and Darren Randolph have all frustrated him, earning their team deserved draws.

Pickford has been Sunderland’s best player this season (better even than Jermain Defoe), and will be required to perform heroics if they are to halt a wretched run of away form. He has never played at Old Trafford before.

“We are going up against some top, top players,” Pickford said this week. “We have got to go there and show we don’t fear them. We have to stick to our game plan, keep a clean sheet and then… anything can happen. We’ll have a good week of training, we’ll go there with a game plan and hopefully that works out for us on the day.”

So, so much easier said than done. After being roundly criticised for his profligacy, Ibrahimovic is at the peak of his powers again. Since the beginning of November, he’s scored seven times from just 12 non-blocked shots.

Football League game to watch – Newcastle United vs Sheffield Wednesday
After a sticky patch during which they lost to Blackburn, Nottingham Forest and Hull City in the EFL Cup, Newcastle are right back on track and leading the Championship. Rafa Benitez’s side are nine points ahead of Reading in third and still on to break the 100-point mark. They host Sheffield Wednesday on Boxing Day evening in front of a crowd that we’ll euphemistically describe as ‘in the festive spirit’.

For their part, Wednesday are enduring a difficult campaign having lost the play-off final to Hull City in May. There is a sense that Carlos Carvalhal’s tactics have been found out, with teams thwarting their attack far too comfortably. Wednesday have scored 26 times in 22 league games, lower than Blackburn in 22nd.

Still, after their own sticky patch Wednesday have won four of their last five matches and have overtaken Derby to move back into the play-off places. Two of the Championship’s form teams meet at St James’ Park, and you can watch it through a cloud of Christmas booze, food and burps.

European game to watch – Genk vs Gent
Not so much slim pickings as painfully thin pickings. With most of Europe taking either a winter break or Christmas off, the only non-UK European football on TV is on Premier Sports, a sports channel so mysterious and mythical that the last line of its HQ address just says ‘Narnia’. Still, needs must, so spend some of your Christmas money on a £12-a-month contract in order to watch seventh vs ninth in the Belgian Jupiler League. Erm, they do also have the rights to Northern Ireland’s home friendlies, although there are currently none scheduled. Guys? Guys?! GUYS??

Where is Mike Dean this week?
Let’s put it down to Christmas. Let’s put it down to the time of year where it’s good to give something back, to look out for the little guy and to offer those at the bottom a leg up. Because that’s the only possible explanation for Mike Dean only being given a fourth official role at Leicester vs Everton. Still, loosen that belt, Mike, and bring on the Christmas meat.

Daniel Storey. I love you. Have a wonderful Christmas.