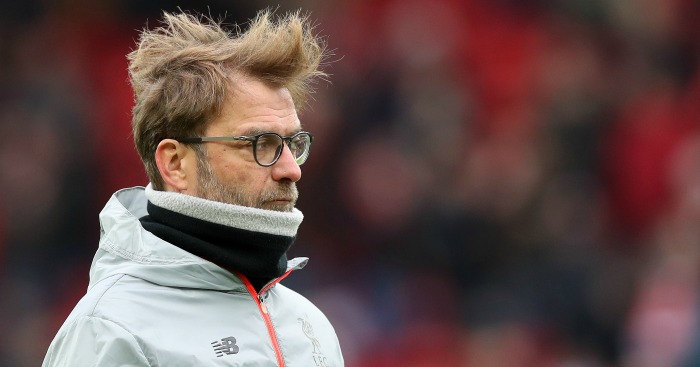 Game to watch – Sutton United vs Leeds United
It’s all very well moaning over the lack of romance in the broadcasters’ FA Cup scheduling, but take a look at BBC’s audience figures for Sutton vs Leeds and Manchester United vs Wigan this weekend and you’ll quickly identify the issue. You can criticise the BBC for choosing the games that get the highest audience figures, but you at least have to see their argument.

One way round that is for us all to watch Sunday’s game, and I mean all of us. Organise a street party, get the family round, campaign for councils to broadcast it live in communal places and ask Samsung if they can automatically turn on all their televisions remotely.

Alternatively, just sit back in a comfy chair and enjoy what should be a ruddy belter. Leeds are in fine form under Garry Monk as they finally emerge from the smog of incompetence that has suffocated them for over a decade, while Sutton are languishing in mid-table in the National League and are the lowest-ranked team in the competition. Expect a raucous crowd of 5,000 at Gander Green Lane – a superb non-league ground name – and tinfoil FA Cup trophies aplenty.

Player to watch – Danny Welbeck
Alexis Sanchez’s late, late Panenka penalty understandably stole the Arsenal headlines last Sunday, but we also saw the return to the Emirates pitch for Danny Welbeck after an absence of nine months. Arsenal might be in a similar position to when he left, struggling to stay in a title race, but Welbeck’s status has undoubtedly fallen.

With Sanchez used as a central striker and Olivier Giroud impressing with his opportunities, the battle has never been harder for Welbeck to get regular minutes. Even his ‘other’ position, as a left-sided forward, is Sanchez’s natural home. The only way you can see Welbeck starting is when the Chilean plays as a false nine and Mesut Ozil operates as a No. 10 with Welbeck to his left. Even then he has Alex Iwobi as competition.

After another serious injury, Welbeck should be advised to take baby steps. There is a fair chance that he might start an Arsenal game for the first time since May in the FA Cup this weekend. The talk may be of him needing to score to impress Wenger but, for now, it’s more important to just get miles on the clock. After all, when Welbeck is happy, we are all happy.

Team to watch – Crystal Palace
If neutral observers are surprised by Sam Allardyce’s struggles, Crystal Palace supporters are worried sick. There are plenty for whom Allardyce was a necessary evil rather than enjoyable bedfellow for a club desperately needing to stay in the Premier League, and patience will wear thin quickly.

Allardyce’s treatment of the FA Cup is important, too. As West Ham manager, Big Sam famously threw in the towel when his team of youngsters were beaten 5-0 by Championship Nottingham Forest, but that approach will not be welcomed by a support who appreciated Alan Pardew’s job in taking them to Wembley last season, minus the dance.

Unfortunately for Allardyce, the draw was not kind. Having squeaked past Bolton in the third round they entertain Manchester City on Saturday. Defeat would hardly be calamitous, but it would leave a gruelling relegation fight as the only item on Palace’s agenda from January to May. Heavy defeat, such as the one West Ham suffered at City’s hands in the third round, is to be avoided at all costs.

So too is resting large swathes of Palace’s first team, some of whom have not tasted victory in any competition since September. Allardyce must use Saturday as the chance for ‘Show me you deserve to be in the team from now on’; those picked must answer the call. Victory over Pep Guardiola’s team really could ignite Palace’s wretched league form.

Manager to watch – Jurgen Klopp
The first signs of genuine pressure during Klopp’s Liverpool’s tenure after a run of one win in seven games in all competitions. Supporters would have eyed glory in at least one domestic cup competition given the lack of European participation, and exit to Southampton has taken that aim back to square one.

The FA Cup therefore becomes a hugely important trophy for Klopp and Liverpool. Win it and finish outside the top four and this would still be viewed as progress. Fail to achieve either and that view may change. Champions League qualification is still the clear priority, but Klopp knows only too well that fans crave individual moments of glory alongside consistency.

That therefore makes Klopp’s team selection very interesting. Does he play the kids again and hope they perform a good deal better than against Plymouth? Or does he pick a stronger side and risk fatigue ahead of Chelsea’s visit to Anfield on Tuesday? Decisions, decisions.

One-on-one battle to watch – Dan Burn vs Zlatan Ibrahimovic
Manchester United fans might remember Burn. He was the Fulham central defender when David Moyes’ United attempted 427 crosses in a league game that they eventually drew 2-2. The then-21-year-old subsequently remarked that he hadn’t headed that many clearances since his days in the Conference for Darlington.

I’m clearly making an assumption about Jose Mourinho’s team selection, but it really would be a good story to see Burn up against Ibrahimovic. Having fallen out of favour at Fulham, the defender joined Wigan on a three-year deal last summer and has made himself first choice. A battle between 6’7” Burn and 6’5” Ibrahimovic could be like watching two giraffes thwacking necks in a David Attenborough documentary.

Football League game to watch – Norwich City vs Birmingham City
I might well be using the word ‘watch’ in the loosest sense here, given that there is no Football League game live on television this weekend. Still, there is no doubt of the game of the weekend in the Championship, a fixture list decimated by FA Cup participation.

Gianfranco Zola is a man under serious pressure. Appointed after the controversial sacking of Gary Rowett, everyone’s favourite smiley Italian Zola has drawn four and lost four of his eight games in charge, as Birmingham have dropped from the verge of the play-off places to mid-table obscurity. To say supporters are restless would be an understatement: Rowett’s name is still sung.

Alex Neil’s job security isn’t much better. Norwich might have won two of their last three Championship games, but this is a team expected to compete for automatic promotion that still finds itself in tenth. Norwich’s patience in their manager is to be commended, but Neil now needs to prove that he merits it. Failure to beat a Birmingham team with one away win in their last 11 would plunge him back into trouble again.

European game to watch – PSG vs Monaco
Ligue Un might not be everyone’s idea of entertaining viewing, but this season has been pretty absorbing. The top three are all within three points of one another, moneybags Paris St Germain are in third behind Mario Balotelli’s Nice and free-scoring Monaco, and on Sunday evening PSG host the league leaders.

It should be a cracker, too. PSG and Monaco’s 41 combined league games this season have contained 137 goals, with Monaco winning 3-1 in the reverse fixture in August. The pressure will be on Unai Emery’s team to win and move level on points with their visitors, but stopping a resurgent Radamel Falcao, Bernardo Silva and Thomas Lemar will take some doing. Look out for young Monaco striker Kylian Mbappe too.

Where is Mike Dean this week?
He’s everywhere and nowhere baby, but mainly nowhere. Mike Dean has earned a recall to the Premier League after his Football League foray last weekend, but gets a week off thanks to the FA Cup fourth round. Like the best players at elite clubs, Dean will get involved in the FA Cup when sh*t gets serious.