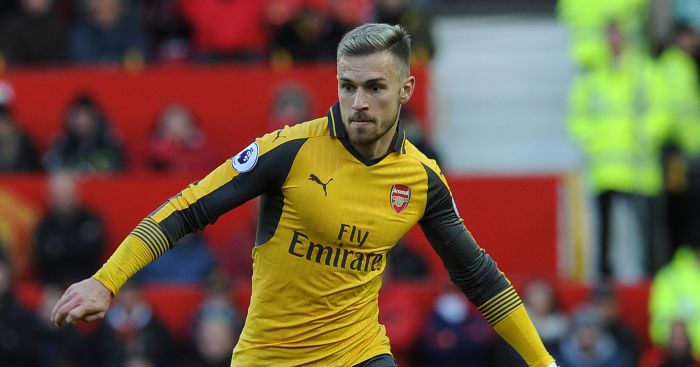 Game to watch – Chelsea vs Tottenham
A match that would have been crucial for Tottenham even if they had beaten Monaco on Tuesday now takes on added meaning. For the first time in two years, Mauricio Pochettino is facing questions over Tottenham’s performances and results.

Since drawing 2-2 at Stamford Bridge in May to extinguish their hopes of winning the Premier League title, collapsing after leading 2-0, Pochettino’s team have won eight of their 21 matches in all competitions. The list of teams they have beaten is hardly a who’s who: Gillingham, Sunderland, Middlesbrough, CSKA Moscow, Crystal Palace, Stoke, West Ham and Manchester City. The teams they have lost to: Southampton, Newcastle, Monaco (twice), Bayer Leverkusen and Liverpool.

A Twitter user this week asked if I thought I’d over-estimated that performance over Manchester City. While I don’t think that’s true, it does increasingly look like the exception rather than the rule of Tottenham’s early season. Pochettino’s team have looked lacklustre in other fixtures, with little impetus added by summer signings and a squad suffering from far more injuries than last season.

That all makes the return to Stamford Bridge doubly important. Win (or even draw) and Pochettino can claim that any funk was a temporary hiccup. Lose and that unbeaten league record suddenly gets re-sold as one win in six league games and 26 points from the last 51 available.

Not that Tottenham are the only ones under pressure. We have all been happy to lavish praise on Antonio Conte for Chelsea’s transformation after switching to a 3-4-3 formation, and that’s appropriate after six straight league wins by an aggregate scoreline of 17-0. But it’s also true that four of their opponents in those matches (Hull, Leicester, Manchester United and Everton) produced abysmal performances against Chelsea. What happens to this Chelsea team when an opponent really takes them on? Will we find out on Saturday?

Player to watch – Aaron Ramsey (Arsenal)
Given that Arsenal have won 64% of their games in all competitions this season, it’s actually impressive that Aaron Ramsey has only tasted victory in one of his four games. That came against Ludogorets in Sofia, when Ramsey was substituted before Arsenal’s winning goal.

Ramsey came in for a great deal of flak after the draw against Manchester United, shoehorned into Arsenal’s side in a wide right role that fails to get the best out of him or his team. Back in central midfield against Paris St Germain, he was one of Arsenal’s better players but still not at his best.

Ramsey’s problem is obvious. With Francis Coquelin, Granit Xhaka and Mohamed Elneny all competing for a place, he is not going to be used as Arsenal’s deepest central midfielder. Once the much-missed Santi Cazorla recovers from injury, he should be a cert for the other central midfield role. That leaves either No. 10 or right midfield as his position, neither of which really maximises his skill set. The potential to fall into a role as back-up for three or four positions is ripe.

With four weeks until Cazorla returns, Ramsey’s greatest hope is to impress his manager enough that he becomes undroppable. That starts against Bournemouth, Southampton and West Ham in the next eight days, all should-win games.


Team to watch – Manchester United
How quickly things change. In August, Jose Mourinho was talking up Manchester United’s chances and the quality of his squad, the most expensively assembled group of players in the history of the game. This week, after a run of form that had become a rut, Mourinho’s favoured press leakees reported that it would take two more transfer windows to get a squad the manager was happy with, and longer still to get United to their best. The dominant performance against Feyenoord, with a big-money signing who has been left outside in the cold for four months, makes Mourinho’s suggestion of a ‘broken’ squad look laughable. The ingredients are there, Jose.

The truth is that unless anything goes further south quickly, Mourinho will be given both funds and time to turn United around. No supporter is going to worry about the Glazer family over-spending, and if it takes another £200m to replace deadwood with polished pine, so be it. January will bring a continuation of the investment that started in the summer.

Mourinho’s task between now and January is to persuade his critics that he has the managerial aptitude to improve his current players, and take United back into the top four. One journalist wrote this week about Antonio Valencia’s form being proof that Mourinho was the right man for the job, but Chris Smalling, Daley Blind, Morgan Schneiderlin and Anthony Martial are just four players whose form has regressed this season. Mourinho has sculpted a reputation as a manager who guarantees success, but that should not depend on unprecedented investment.

Mourinho is fortunate that his run of league fixtures before January gives him a realistic opportunity to kick-start the club’s season. West Ham’s visit to Old Trafford on Sunday is followed by Everton (a), Tottenham (h), Crystal Palace (a), West Brom (a), Sunderland (h) and Middlesbrough (h). Whatever the manager’s reservations about his current squad, 19 points from a possible 21 should be the target. Any less than 17, and United’s season will continue to sit in second gear.


Manager to watch – Sean Dyche (Burnley)
I really want to like Sean Dyche. He has done a magnificent job at Burnley, achieving two promotions and ensuring a positive start in their survival battle this season. Yet the chip on his shoulder has grown so big that it requires a huge fistful of salt to season it.

Dyche’s gripe is that he believes foreign managers are being praised too much for ‘inventing’ the pressing game, despite English managers utilising such a strategy years before. Dyche might be reminded that before those English managers, Rinus Michels’ total football used an aggressive press, but that’s not really the point. It doesn’t have to be a matter of ‘us vs them’.

Dyche’s sarcastic branding of himself a ‘dinosaur’ is not just misplaced, but ignorant. I’ll repeat: I really want to like him, but he’s making it so, so difficult. Anyway, this weekend Dyche gets to take on one of those over-pampered, lauded Europeans of which he speaks. Let’s hope it goes better than Monday’s test against a fellow Brit.


One-on-one battle to watch – Eric Dier vs everyone
Last season, Eric Dier gave us one of the pieces of modern art, titled ‘Tackling the issue’. As any Chelsea fan will be pleased to remind you, he wasn’t sent off for all that.

With Dier likely to play as a central defender against Chelsea, a position in which he has struggled in recent matches, that puts him directly up against Diego Costa, Antonio Conte’s new calm and collected centre-forward. However, should Dier take it upon himself to be Tottenham’s chief aggressor, the shins and ankles of anyone in blue will be in danger. Pochettino will be desperate for Dier to play with controlled tenacity.

Leeds had their run of good form checked by Newcastle last weekend, but there’s no shame in that. There is shame, however, in not beating Rotherham. The Millers have taken only seven points from 17 games under Alan Stubbs and Kenny Jackett. Jackett was appointed on October 21 and has taken one point from four games.

Since the Championship was rebranded in 2004, the lowest points total was achieved by the same Rotherham United, with 29; it’s always nice to be able to compete against yourself. If Leeds don’t win, their play-off ambitions deserve a stern examination.

European game to watch – Bayern Munich vs Bayer Leverkusen
All of a sudden, Carlo Ancelotti has hit a little sticky patch (not like that; grow up). Bayern Munich lost to FK Rostov on Wednesday after defeat in Der Klassiker last weekend. Having lost to last season’s second-placed Bundesliga team, next comes the team in third.

Bayern are still heavy favourites to beat Leverkusen, but shouldn’t be touched with the longest bargepole at odds of 1/4. They have Manuel Neuer, Arjen Robben, Javi Martinez, Kingsley Coman and Arturo Vidal injured. Time to see if they will go four games without a win for only the second time since 2009?

Punt of the week – Kevin Wimmer to be shown a card
Two of these sections have already pondered over the Battle of Stamford Bridge 2, and the odds on players receiving yellow cards look mighty generous. Cesar Azpilicueta at 7/2, Victor Wanyama at 7/5, Kyle Walker at 5/2 and Eric Dier at 40/17 (all with Unibet) make me tingle, but the best bet must surely be Wimmer at 7/2. He’s been booked in his only Premier League game this season, booked in his only League Cup game not against Gillingham and looks as rickety as a wooden bridge over a ravine in an Indiana Jones film.


Where is Mike Dean?
It’s a sad fact that people are threatened by personality, power and stardom, and it just so happens that those are Mike Dean’s three middle names. Fresh from giving two more penalties at White Hart Lane, Dean has been made the fourth official for Hull City vs West Brom. He’s being sent to Coventry and it’s not even televised. All because the regime don’t like it, baby.

Last chance to vote for Daniel Storey in the FSF awards, as voting closes at midday. Please do so here. He’ll give you a cuddle, or something.