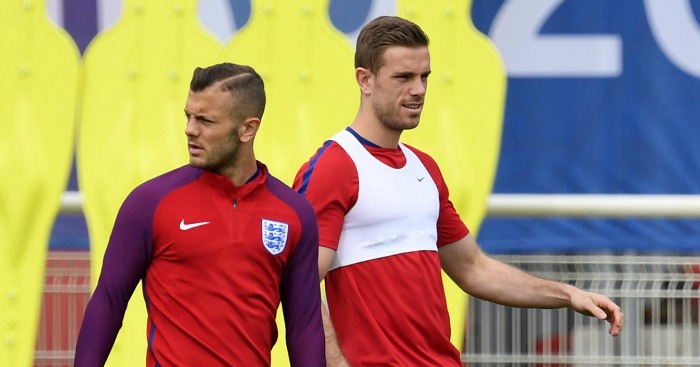 There is obvious potential for Saturday lunchtime’s game to be a bit of a stinker. The early games on a Saturday too often feel lethargic, and there’s no doubt that Conte will see a 0-0 draw as a thoroughly acceptable result. With City’s own defensive headaches and Chelsea’s in-form attack, might both managers proceed with caution until the last 20 minutes? Let’s hope I’m being pessimistic.

Still, there’s no doubt that it is the game of the weekend. The top two favourites for the title, the top two individual goalscorers in the league and two of the best managers in the world. Roll on Saturday lunchtime, goals or otherwise.

Team to watch – Arsenal
No panic, but the buoyant mood of October has given way to a growing unease that Arsenal are only ever two games away from ruining a bright start to the season. Aside from a disappointing Champions League draw and EFL Cup exit, a six of straight league wins has been followed up by nine points from five games. First place has become third.

It’s hardly cause for mutiny, but Arsene Wenger will know only too well how quickly the mood can change. Lose at a struggling West Ham on Saturday teatime and Arsenal could well be six points from the top of the Premier League, finishing second in their Champions League group and out of the League Cup. Suddenly it’s not quite so rosy.

Also, I’m intrigued to see what Wenger does with his central midfield, whether he continues to crowbar Aaron Ramsey in, and how the Carl Jenkinson derby pans out.

Player to watch – Anthony Martial/Henrikh Mkhitaryan (Manchester United)
The way Martial and Mkhitaryan dovetailed with Zlatan Ibrahimovic and Wayne Rooney on Wednesday made those of us watching sad to have seen so little of the pair in action. Yet it would be foolish not to recognise the difference between West Ham at home in the EFL Cup and Everton away in the Premier League. Ronald Koeman has struggled to maintain his side’s good form over the last few weeks, but throwing an array of exciting attackers into an away game strikes as a very un-Jose Mourinho thing to do.

Instead, we’re left hoping that one of them starts, most likely Martial from the left with Jesse Lingard and Juan Mata making up the rest of a trio behind Ibrahimovic. Mourinho is a huge fan of Lingard’s hard work off the ball, and the suspicion is that starting both of his Wednesday wingers for the first time since the Manchester derby is too much to ask. Doesn’t mean we can’t want it to happen, however.

Manager to watch – Alan Pardew (Crystal Palace)
Well, he’s still there. This week has brought reports of Sam Allardyce’s interest in the Crystal Palace job and Alan Pardew’s demand for a £5m payoff is he is sacked, but Pardew will host Southampton on Saturday knowing that victory could keep the wolf from the door.

The intriguing question is how Pardew will play it. Does he finally make changes to a shambolic defence, rolling the dice with a new formation in order to try and provoke some response from his players? Does he change the approach to defending set pieces? Does he play Christian Benteke as a lone striker, bolstering central midfield?

Whatever the answers, Pardew needs them to work. Even a draw on Saturday will not save his job. The most unlikely managerial comeback since Claudio Ranieri strolled into Leicester starts here, or so Pardew will be telling himself in the mirror.

One-on-one battle to watch – Jordan Henderson vs Jack Wilshere
It would be foolish to label it as a battle to see who starts in central midfield for England for several reasons. England don’t actually play again until March, Jordan Henderson is a cert in England’s midfield, Wilshere is still finding his feet again after two nightmare years and there is room in Gareth Southgate’s squad for both.

Yet Sunday does give Wilshere a chance to impress against one of his rivals for an international place. Having been forced to watch from the stands against his parent club last weekend, Young Jack will be eager to show off his new-found fitness and form in tandem. He’s been pushed further forward for Bournemouth than in his fleeting recent Arsenal appearances, putting him in direct opposition with Henderson. You know what – I’ve gone and got myself giggly about Bournemouth vs Liverpool.

Football League game to watch – Nottingham Forest vs Newcastle United
Okay, so it’s Forest again, but bear with me. Friday night’s game at the City Ground sees the top two highest-scoring teams in the Championship face each other. Forest’s matches this season have hosted an average of 3.56 goals, more than any other team in the country. They may have the second best attack in the Championship, but also the second worst defence.

Ordinarily you’d expect Newcastle to walk the fixture, and they have won each of their last four away league games, conceding only once in the process. Yet defeat at home to Blackburn last weekend and League Cup exit to Hull on Tuesday has generated an iota of discomfort among some supporters. Having won consecutive league games for the first time since August, scoring seven times in the process, Forest will hold hope of causing Rafa Benitez’s side problems.

European game to watch – Juventus vs Atalanta
The real answer here probably should be the Rome derby, but I can’t look past the Serie A leaders and reigning champions hosting one of Europe’s most in-form teams. Atalanta haven’t finished in the top half of Serie A since 2008 and spent only £6m on players this summer, selling Marten de Roon for £12.5m to Middlesbrough. Gian Piero Gasperini’s side have won nine and drawn one of their last ten games in all competitions, including victories over Roma, Inter and Napoli. Avoid defeat at Juventus on Saturday night, and we really have got ourselves a fairytale.

Punt of the week – A red card to be shown in Lazio vs Roma
Anyone actually using these selections for advice ought to be locked in the same room as the people who email us in to let us know that if you had placed £10 on each of Degsy’s tips since the beginning of last season you’d be £143.68 up. Instead, get on a bet that at least keeps things interesting, and the price of 17/10 (or 2.7 for all you decimal legends) on a red card in the Rome derby is enough to take my fancy. The last 18 games between the two teams have produced 17 of them; that’s good enough for me.

Where is Mike Dean this week?
Last week, Mike Dean was forced to suffer the ignominy of being fourth official for Hull City vs West Brom. Was Vincent van Gogh ever asked to paint a child’s face at a fair? Was Jimi Hendrix ever asked to play the triangle? Did anyone ever ask Morgan Freeman to play third sheep in a nativity production? No.

As if that wasn’t bad enough, Dean is fourth official again this week, although at least it’s for Manchester City vs Chelsea. He’s on the telly and can definitely do some “Don’t you dare look at me like that” expressions to entertain the troops.