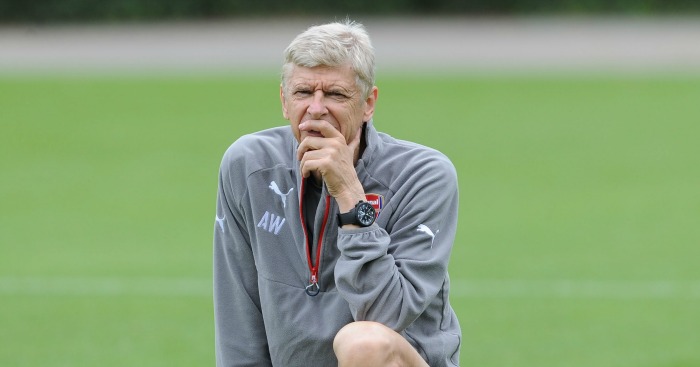 Game to watch – Sunderland vs Middlesbrough

My brain struggles to compute both that the eminently forgettable Sunderland have been in every Premier League season since 2007, and that it’s over six years since Middlesbrough went down. The last time these two met in a league fixture, Sunderland started a massively enjoyable front three of Kenwyne Jones, Djibril Cisse and El-Hadji Diouf. Starting for Middlesbrough was Josh Walker, a midfielder recently released by Indian side Bengaluru FC.

With Newcastle in the Championship, this is as close as you’ll get to a feisty north-east Premier League derby this season (no, sorry Hull), or Tees–Wear, if you will. David Moyes will consider that his team was unfortunate to lose at Manchester City and Sunderland’s new manager will be keen to quickly impress the home support at the Stadium of Light, some of whom are still distinctly unimpressed by Sam Allardyce’s departure.

The match itself could be fascinating. Middlesbrough’s tight defence of 2015/16 has given way to an exciting Premier League attack, with Jordan Rhodes and Viktor Fischer only managing to make the bench at home to Stoke last week. Sunderland’s obvious problem is in creating chances, but the addition of Adnan Januzaj gives them an added dimension. Moyes had some tough love for the Belgian after his arrival last week; it will be interesting to see a) whether Januzaj starts, and b) whether he takes the advice of his manager to heart.

Llorente may be the wrong side of 30 but, when Swansea were scratching around for a striker to replace Bafetimbi Gomis, few thought Francesco Guidolin could tempt a player with 65 league goals in his last six seasons for Juventus, Sevilla and Athletic Bilbao. We saw Hal Robson-Kanu and Leonardo Ulloa mentioned; this is different gravy.

Llorente looked bright on his Premier League debut, thrust into an opening-day fixture at Turf Moor that must have made him gulp slightly after the Ramon Sanchez Pizjuan and Juventus Stadium. No Premier League player won more headers and none had more shots, which is pretty impressive for a striker playing his first competitive minutes in a new country.

Best of all was Llorente’s ability to hold up the ball and bring others into play, something Gomis failed to do effectively last season. The Spaniard completed 27 of his 32 passes, and impressed his new manager with his link-up play.

“It was a good game for him, a good 90 minutes,’ Guidolin said of Llorente’s debut. “I thought it was not possible for him to play 90 minutes because it’s his first week for us but he played very well. He’s important for us because he’s not only strong in the air, he’s a very, very good player, a champion. Now I understood why he played (for Spain) and I hope he can play again with the international team of Spain.”

Still short of bodies, Swansea’s gentle start to the season will be greatly appreciated by Guidolin. After Burnley comes Hull, and the chance for Llorente to get off the mark in English football. Do so, and those at Liberty Stadium will already be convinced that Swansea have upgraded their striker options after early summer departures.

Not everyone will have watched Manchester City’s attacking performance on Tuesday night in Bucharest, but it really was something to behold. Raheem Sterling, Nolito, Sergio Aguero, David Silva and Kevin de Bruyne played as a front five, interchanging positions and popping up in space across the pitch.

Yet there is an asterisk to be placed next to that comfortable victory, given Steaua’s laughable deficiencies in defence. Against Stoke on Saturday lunchtime, Pep Guardiola’s team are in for a far tougher test of their initial progression under the new coach. If City click then no team in the country will stop them scoring, but too often in recent seasons star players have failed to replicate dominant home league form when on the road. Last season they reached the nadir, winning only seven away games.

Never have those away day blues been more apparent than on City’s trips to the Britannia, where Manuel Pellegrini took four points from three league games and Roberto Mancini drew all four of his. Guardiola has the chance to right two wrongs on one day, and continue his 100% record in charge. I’m mainly tingling about watching those attackers.

Yes he’s coming along now; don’t think that a column could pass by without questioning Arsene Wenger. If this weekend is big for one – and only one – Premier League manager, there is no competition. Beat Leicester and Wenger can point to a team responding to opening weekend woes, then facing an easier run of fixtures before Chelsea roll into town at the end of September. Lose, and Arsenal are in full-blown crisis with one game to go before September’s international break.

Arsenal’s players have managed to stay immune from the criticism this week. Rob Holding and Calum Chambers are inexperienced, Mohamed Elneny still finding his own feet at Arsenal and Alex Iwobi only a kid himself. Alexis Sanchez was playing in an unfamiliar role, while Francis Coquelin and Theo Walcott suddenly became fringe players thrust into the role of leading actors. Wenger will continue to take the brunt of the attack simply because fans hold him responsible for this latest mess.

Wenger’s first big decision is whether to recall his holidaying Euro 2016 trio of Mesut Ozil, Laurent Koscielny and Olivier Giroud to the side, and the answer should be a loud ‘F**k yes’ given the latest injuries to affect Arsenal’s team. If they don’t, Arsenal might line up with Alexis Sanchez, Theo Walcott and Alex-Oxlade-Chamberlain behind Chuba Akpom, or else Santi Cazorla in an advanced midfield role with Sanchez again as a striker. Oh goodness, please bring them back Arsene. We can’t take the fall-out.

Jose Mourinho tries to succeed where David Moyes and Louis van Gaal failed: Beating Southampton at home. The last time the Saints went marching out without any points, Alex Ferguson was in charge and Anderson was starting in central midfield.

Southampton’s Friday night (more on that later) trip to Manchester was given added spice by claims from Claude Puel that United’s interest in Jose Fonte was done intentionally to unsettle his team before the match: “There is no problem with Jose, it is just strange that this rumour comes just before the game at United. It is important to have Jose with us, I hope, for the United game. I am just surprised to hear this before the game, two days before the match.”

There are doubts as to Fonte’s involvement in the game, but Puel will be confident in Virgil van Dijk’s ability to deal with Manchester United’s principal goal threat. The rest of us just look forward to the battle between one of the Premier League’s finest defenders and attackers. Watching a 6 ft 4 in central defender battle against a 6 ft 5 in striker feels like watching a Premier League version of Godzilla vs King Kong.

As an aside, what do we all think of Friday night football? To me, it just feels a bit false, like football is imposing itself upon my leisure time (although I obviously allow that at many other times). Friday night can be for football, but typically it’s an infrequent England international or a Championship fixture that I am happy to keep half an eye on when in the pub. Friday night definitely doesn’t feel like a time when you should have to concentrate fully on the television. It also makes Monday’s fall-out feel an awful long time after the event.

I can say it no better than this: Friday night feels like a football no man’s land, too early to feel part of the weekend’s action but arriving far too late to the midweek party. I’m sure I’ll get over it.

Or El Tractorco, or the Old Farm derby, or the East Angular derby, as the nation’s princess Jade Goody once said. It’s the first Ipswich vs Norwich fixture of the season, and it promises to be a belter. What else are you doing after waking up but before Sunderland vs Middlesbrough?

Norwich have had the wood over their rivals in the recent past, winning five and drawing one of the last six meetings over seven years, and Alex Neil’s team sit second in a formative Championship table. Ipswich beat Barnsley on the opening day but have since lost to Brentford and drawn with Wolves. After play-off heartbreak in 2014/15 (at the hands of Norwich) and missing out on the top six last season, Mick McCarthy will be keen to ensure that his team don’t slip down the table.

Ahoy hoy there, European fans. Going all James Richardson, piazza, cappuccino and Gazzetta on you this week, with the return of the Serie A season. You might have heard a little bit about Juventus making £15m this summer by selling one player and buying another, so no better way to spend your Saturday evening than by watching their opening league game of the season. Especially as the title race will be over in a couple of months.

Joking aside, Juventus probably have the coolest starting XI in Europe this season: Buffon, Benatia, Chiellini, Bonucci, Dani Alves, Evra, Khedira, Marchisio, Pjanic, Higuain, Dybala. Throw in Giuseppe Rossi, Borja Valero and Josip Ilicic for Fiorentina and you have yourself a match that would make the strongest elephant go weak at the knees.

Punt of the week – Arsenal to beat Leicester

I know, I know. But hear me out. It’s about finding value, you see *taps nose*.

Hot take: Arsenal have a better team than Leicester. Wenger may well choose to bring back three first-team players into the fold. While Leicester were busy making everybody look like doofuses (Doofusses? Doofeese? Doofi?) last season, Arsenal beat them home and away. Throw in Leicester losing N’Golo Kante and looking rotten against Hull, and it has to be worth a go. I’m not saying Arsenal will win, I’m saying that 6/4 is a good price.

Where is Mike Dean?

The Premier League sure knows how to welcome in a Saturday. Fresh from giving a penalty for a foul that took place outside the box in the opening Premier League game of the season, Dean takes charge of Manchester City’s trip to Stoke. And you thought Pep Guardiola was the big sell.