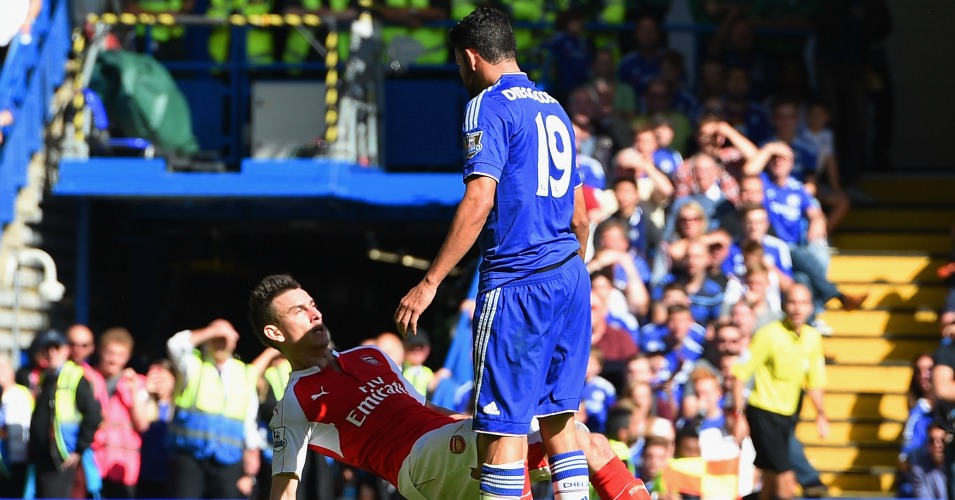 Game to watch – Arsenal vs Chelsea
Since their August dirge, Arsenal have actually responded in excellent fashion. A home loss to Liverpool was followed by a 0-0 draw at Leicester, but since then Arsene Wenger’s team have won three consecutive league games against Watford, Southampton and Hull, scoring nine times.

Without offending those three clubs (that’s exactly what I’m doing), Arsenal will gain no plaudits for beating the Premier League’s rest. Saturday’s game against Chelsea allows them to exorcise some of those opening-day demons. There is no doubt that Arsenal enter the fixture in ruder health than the opening day, and Calum Chambers probably shouldn’t expect a call from his manager to tell him to head back to north London.

Yet talk of demons will never be too far away when Chelsea come to town. Arsenal’s last 11 games in all competitions against Chelsea have returned one victory and three draws, while their record in the last nine league games is nothing short of abysmal: Won 0, Drew 3, Lost 6, For 2, Against 15. That must change soon if Wenger’s late years are not to be defined by losing such high-profile encounters.

As that record indicates, Arsenal’s biggest job is breaking down a Chelsea defence that they have continually struggled to better. Is this the game to finally give Olivier Giroud his first start of the season, thus busying one of David Luiz or a struggling Gary Cahill? Or does he look to fool Chelsea’s defenders with fluidity, starting a front four of Mesut Ozil, Alexis Sanchez, Theo Walcott and Alex Iwobi? And can Granit Xhaka get a league start in a big fixture, or do we go back to Francis Coquelin or Mohamed Elneny? Decisions, decisions.

The only place to finish is with Diego Costa, who will prove so crucial to the destiny of the match. Two Arsenal players (Per Mertesacker and Gabriel Paulista) have been sent off in their last two matches against Chelsea, both after tangles with Costa, with Wenger stopping just short of branding him a cheat. The striker has scored twice in three league appearances against Arsenal; he is bound to be the centre of attention again.

Player to watch – Vincent Janssen
It’s all very well scoring a penalty against Gillingham, but this is the first true test of Vincent Janssen’s credentials. In an ideal season he would have started five Premier League games this season as back-up to Harry Kane, five in the League Cup, four in the FA Cup and four in Europe, scoring 12 goals in the process. Kane’s ankle injury means that the ideal season is no more.

Behind the striker, Mauricio Pochettino has plenty of options. Heung-min Son, Christian Eriksen, Moussa Sissoko, Erik Lamela and Dele Alli will compete for three positions at Middlesbrough, while Eric Dier, Victor Wanyama and Mousa Dembele will also be squeezed into two. Yet up front, there doesn’t seem any other options than Janssen, unless Son is utilised as a false nine striker.

Janssen’s work outside the penalty area has been good, but he will be judged on his finishing and goalscoring record. Having missed several chances against Gillingham, the Dutchman will be aware that Middlesbrough might not be so generous.

Team to watch – Manchester United
You might have heard, but Manchester United are a team under pressure. Zlatan Ibrahimovic, Antonio Valencia and Marcus Rashford are the only three players that can be truly happy with their performances so far. One of those in 19, another is 34 and the third is a right-back who surely never expected to be quite this useful to Jose Mourinho.

The EFL Cup victory over Northampton was comfortable, but United would be plunged firmly back into crisis should they lose to Leicester on Saturday lunchtime. Nine points from Mourinho’s first six games, with United in mid-table and potentially with half as many points as their Manchester rivals, and suddenly those whispers of discontent become legitimate shouts of all-out discord.

Rarely can a team selection have been so eagerly awaited, with the name ‘Wayne Rooney’ haunting almost every United fan like something poking its head from under the U-bend and proving awfully difficult to shift. Will Rooney make way for Ander Herrera, thus giving Paul Pogba more licence to roam forward? Please, Lord, let it be so.

Whatever Mourinho chooses to do, he certainly can’t continue with a central-midfield pair after it proved so ineffective again at Watford. United certainly do not have a squad with the talent of Manchester City’s, but the selling point on Mourinho was that he could make this group of players more than the sum of their parts. Right now, we’re seeing the opposite.

Manager to watch – Mark Hughes
Francesco Guidolin is the favourite to be the next Premier League manager forcefully removed from his position, but Swansea City’s second fixture in four days against Manchester City is a shot to nothing. At Stoke, Mark Hughes is expected to lift the gloom with a home win over West Brom. Lose, and Hughes really could be in trouble.

In his way stands a fellow Welshman, and Tony Pulis’ impressive record against his former clubs. West Brom have won six of their nine matches against Bournemouth, Stoke and Crystal Palace since Pulis took charge.

Hughes has plenty on his plate to change the mood, with Stoke keeping just two league clean sheets in 2016 and West Brom coming off the back of a 4-2 win over West Ham. Yet the main reason he’s included in this section is to keep one ear ready for his post-match excuse bingo. This week, I reckon Hughes could go full conspiracy theorist on us.

One-on-one battle to watch – Riyad Mahrez vs Mr Left-back
I’ll level with you; I don’t know who Manchester United will play at left-back on Saturday lunchtime. Luke Shaw is still first choice but may be injured, Marcos Rojo is second choice but is as useful as interview questions for Martin Keown and Daley Blind, Jose Mourinho’s other option, hasn’t played in that position for United since January 2.

However, I do know who will be playing on the right for Leicester City, and Riyad Mahrez will provide each of Mourinho’s three options with something to think about. Shaw is vulnerable after unhelpful public criticism from his manager, Rojo is still as useful as interview questions for Martin Keown and Blind’s biggest weakness is a lack of pace. Good luck.

Football League game to watch – Aston Villa vs Newcastle United
Newcastle’s merry procession to the top of the Championship was halted by a home defeat to Wolves that featured in this very column, but if you want me to apologise for including them again you’ll be waiting a long time.

That’s because Newcastle will be travelling to the ground of their lowest ebb last season, where a 0-0 draw – combined with Sunderland’s win over Chelsea – effectively consigned them to relegation. That afternoon, Villa supporters mocked the away fans with taunts of relegation. Couple that with similar treatment when Newcastle were relegated at Villa Park in 2009 and you have a match with a fair bit of needle.

Di Matteo’s tenure has been a mixture of promising and deeply frustrating. Villa have only been behind for a total 49 minutes in the Championship (Newcastle have been behind for 129 minutes, Norwich 80 minutes, Huddersfield 71 minutes), and yet sit 18th in the league. They have regularly taken leads, but just as regularly thrown them away, quite often so late in matches that victory is ruled out. It’s beginning to gripe with supporters.

European game to watch – FC Koln v RB Leipzig
Two of the four unbeaten teams in the Bundesliga face each other on Sunday afternoon. Of course you could watch West Ham 1-1 Southampton, but this will definitely be more entertaining.

Koln’s unlikely start to the season has been underpinned by the goalscoring exploits of Anthony Modeste, which is not a sentence I ever thought I’d write. Leipzig might be the European club that we’re supposed to boo, but they’ve enjoyed a fine start to the season after promotion and will harbour hopes of European qualification.

Punt of the week – Kevin De Bruyne to score anytime – 15/8
Pretty simple this week. De Bruyne has scored in both of his last Premier League games and is available at almost 2/1 to continue that run at Swansea. We’ve actually won in both of our last two weeks (at 12/5 and 7/5) so we’re due a massive cock-up. Come with us.

Where is Mike Dean?
He’s only gone and landed Manchester United’s game against Leicester, so look out for some self-indulgent pointing at Old Trafford from 12.30pm.

The Ball Kisser is back!