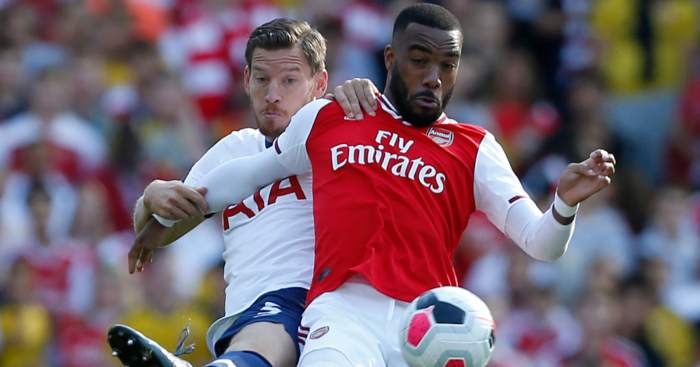 Game to watch – Tottenham v Arsenal
The tallest dwarf contest for north London bragging rights has been an ugly and undignified sidenote to the season and, technically, the matter remains up for debate. Only one point separates the sides in the table, but in every other way there seems a chasm growing between them. There are no guarantees that Mikel Arteta can bring glory back to the Gunners, but there is at least a discernible plan and legitimate grounds for optimism at the Emirates. At White Hart Lane, there is neither.

Arsenal remain all too capable of going full Arsenal, as evidenced by this week’s clumsy tossing away of two points against Leicester but their general direction of travel is clearly upwards, albeit from a pretty low base.

Spurs aren’t even Spursy anymore. Spurs are barely a football team. At least Spursiness was exciting. This iteration of Spurs can’t even lay claim to that. The capitulation at Bramall Lane was one of the most abject displays from any team in the Premier League this season. Staggeringly, they contrived to be just as bad against Everton and arguably even worse at Bournemouth, where they managed not one single shot on target against a side that had lost four out of four since the restart and conceded 12 goals in the process.

“Bournemouth have to settle for a point” is a pretty nice summation of Mourinho’s Tottenham.

That those two almost sarcastically insipid Spurs performances garnered four points and two clean sheets are facts that should cause everyone at Everton and Bournemouth lifelong shame.

It is unthinkable that Spurs will get away with such nonsense again. Arsenal’s recent away NLD record is not good, with just one win since 2007. It’s hard to imagine more conducive circumstances for a second on Sunday. Open up a four-point lead over this Spurs team with three games remaining and Arteta’s first Arsenal season should, if nothing else, begin with the reintroduction of St Totteringham’s Day to the football calendar.

Player to watch – Michail Antonio
Low-key one of the standout players since the resumption in what should really be a largely thankless as well as unfamiliar lone striker role in a still struggling West Ham side. After impressing in defeat at Spurs, Antonio scored against both Chelsea and Newcastle. A trip to doomed Norwich presents a huge opportunity for both player and team. A win for the Hammers in Saturday’s early game would mean a huge stride towards safety given Villa and Bournemouth’s inability to register wins of any kind.

Manager to watch – Chris Wilder
When Sheffield United’s Project Restart began with a pair of 3-0 defeats and an FA Cup exit, it would have been perfectly understandable for the Blades’ stunning return to the Premier League to fade away a touch. A mid-table finish would still have been been a staggering achievement, and only even more so for being tinged with disappointment. The certain relegation of Norwich and probable relegation of Aston Villa would only have added to the scale of United’s accomplishment, however sloppy the conclusion.

But no, neither Wilder nor his team were having any of that. Spurs were dreadful at Bramall Lane, but the Blades played out Wilder’s gameplan to a tee. Whatever Spurs’ myriad faults, United were able to carve them apart in a way that nobody else has managed; mad as it seems, the only other goal Spurs have conceded since the resumption came against Manchester United, from the penalty spot.

A point at Burnley followed, then a last-minute winner against fellow European hopefuls Wolves, who they now trail by a single point. They lead Arsenal and Tottenham, and deservedly. If they can get a result against Chelsea – and frankly, who would now bet against it? – then a top-six finish remains very much on. Extraordinary.

Team to watch – Leicester
Tottenham’s descent into abject misery should be of particular concern to Leicester, whose 2019/20 is showing alarming similarities to the Spurs 2018/19 campaign that preceded all this season’s misfortune.

After 21 games last year, Spurs had 48 points and were, ludicrously, clinging on to Liverpool and Manchester City’s coattails and threatening to make it a three-way title fight. They mustered just 22 more points from their last 17 games, and only Arsenal being Arsenal kept Spurs in the top four.

After 21 games this season, Leicester were deservedly second in the table. Their 45 points put them closer at the time to Liverpool’s 58 than Manchester United’s 31. Since then they have taken just 14 points from 13 games, beginning with a 2-1 home defeat to a Southampton side they had dismantled 9-0 earlier in the season.

A point at Arsenal this week was hard-earned and worthy, but if they are to match Spurs’ ‘achievement’ and stumble over the line for Champions League football next season then on Sunday they will need to do what Spurs couldn’t and take three points from a beleaguered, relegation-haunted Bournemouth. You’d probably give Leicester a better chance than Jose’s dreary mob, but being marginally less dreadful than Spurs right now is no compliment for a side and a season that promised so much.

Football League game to watch – Derby v Brentford
A team that will probably have to settle for a play-off spot travel to a team desperate to sneak into them after an arse-about-face reversal of the usual Derby season where a fast start goes all to pot after January. A fascinating contest on its own merits, then, and also for the fact it could well be a play-off semi-final dress rehearsal.

European game to watch – Juventus v Atalanta
Juventus must bounce back from the astonishing pissing away of a 2-0 lead against Milan earlier in the week, and do so against the team whose Champions League exploits so offend the Old Lady. Should be fun.