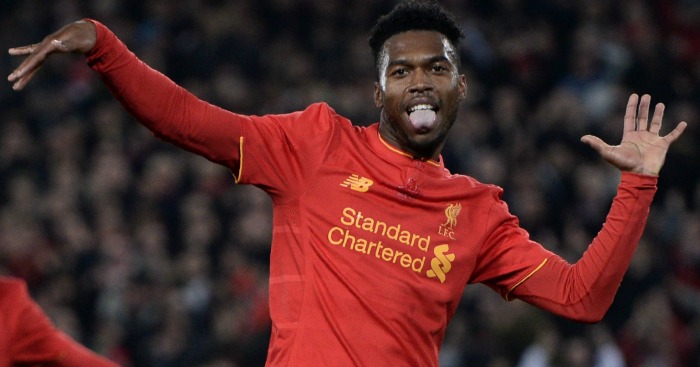 Game to watch – Tottenham v Manchester United
Farewell then, White Hart Lane. You have treated us to famous Premier League victories, enthralling north London derbies, thrilling UEFA Cup ties, and thrilling Champions League nights – not all of which have necessarily been in your favour. You have provided a platform for Jimmy Greaves, Pat Jennings, Danny Blanchflower, Glenn Hoddle, Gary Lineker, Jurgen Klinsmann, David Ginola, Ledley King, Alan Hutton, Luka Modric and Gareth Bale to become heroes, and for Harry Kane, Dele Alli and the latest crop to launch their careers. You have been a staple of the Premier League in an ever-changing football landscape. You have been a wonderful host.

Sunday represents the end of an era. Tottenham will play their 2,620th and final match at one of the country’s most famous football grounds, and their opposition fits the grand occasion.

Tottenham supporters could hardly have chosen better sides to face in their final two games here. Having comfortably strode past Arsenal in something of a symbolic victory last week, they can ensure cause for celebration by beating Manchester United on Sunday.

In terms of their season ambitions, this fixture means little for either side. Chelsea could claim the Premier League title as soon as Friday evening, leaving Tottenham to likely overachieve by finishing as runners-up, while United have made no secret of their prioritisation of the Europa League. But that will take nothing away from the spectacle.

For Tottenham, the motivation is not only to give White Hart Lane the send-off it deserves by completing a full Premier League season unbeaten at home, but to avenge their defeat when these two sides last met in December. Henrikh Mkhitaryan’s goal settled a drab encounter at Old Trafford, and Spurs will be keen to avoid suffering a second loss. Newcastle remain the last team to do the double over Mauricio Pochettino’s side in a single campaign.

For United, some plain old fun would suffice. Jose Mourinho needs a result – heck, even a performance – at a fellow top-six side. The Portuguese has not won any of his last eight Premier League away games against Arsenal, Chelsea, Liverpool, Manchester City, Manchester United or Tottenham; his sides have not even managed a single goal in their last seven games against the same opposition.

It won’t finish 5-3 with the winning team coming back from three goals behind – not even the majesty of the occasion could enable that between these two particular sides – but it does promise to be a memorable one. And you can expect 16 Conclusions.

Player to watch – Daniel Sturridge
We said Jurgen Klopp needed to be braver. Arsenal’s victory over Manchester United little over two hours later eased the disappointment of Liverpool’s 0-0 draw with Southampton, but there are plenty of yards still to run in this Champions League qualification race, and plenty more laughs to be had as each competitor trips over their own shoelaces.

A win over Southampton really would have eased those lingering fears, but it wasn’t until the 68th minute that the hosts were abruptly awoken from their Anfield slumber last Sunday. Daniel Sturridge’s introduction came too late, and yet he still had two shots, and created more goalscoring chances (3) in 22 minutes than any other player did in 90.

If that isn’t enough to earn a first Premier League start since January 2, the forward really is fighting a losing battle. That Sunday presents a chance to impress potential suitors West Ham should give Sturridge all the motivation he needs, substitute or starter. It really should be the latter.

Earlier this month, Klopp said that the 27-year-old “can decide a game in a second”. He’s earned his opportunity to prove it.

Team to watch – Chelsea
Unless Antonio Conte has spent the past week breaking mirrors, leaving shoes on tables, crossing the paths of black cats and ignoring chain letters, all while walking under numerous ladders, the desination of the Premier League title has been decided. After a brief loan at the King Power Stadium, it will surely return to Stamford Bridge over the coming days.

But few managers relish spoiling a title party like Tony Pulis. It is often considered to be in the 2-2 draw with West Brom late last season where Tottenham’s ill-fated challenge collapsed, and the Welshman will be eager to collect another scalp to place under his club-branded cap.

N’Golo Kante will return for Chelsea in a game for which he probably isn’t needed, and the Blues will be overwhelming favourites to beat a side who haven’t won in their last six games.

Of course, Chelsea are not able to secure the three points necessary to capture a second title in three years on Friday, they will be afforded a second chance on Monday against Watford. Conte and his players are surely on first-name terms with a London engraver by now?

Manager to watch – Sam Allardyce
Sam Allardyce provided a glimpse into the potential future on Thursday. “It wasn’t about the system, it was about the fact we were rubbish,” was his bullish response to a claim from Martin Kelly – presumably finishing up being “rubbish” – that Crystal Palace were not tactically prepared to face Manchester City last weekend.

“Systems are only as good as the players that play within the system,” Allardyce continued, brushing the final crumbs of blame from his shoulder. We are left with absolutely no doubt as to where he has set his stall.

The relegation battle is perceived as being fought out between two teams: Swansea and Hull. But if the latter can secure victory over Crystal Palace on Sunday, that turns this into a three-way scrap. Allardyce’s side are three points above Swansea and four ahead of Hull, and are placed precariously enough to be dragged into danger. Swansea face relegated Sunderland, and Hull will look to overcome their away day fears at Selhurst Park.

That Palace travel to Manchester United on the final day will not be lost on Allardyce, who must surely realise the consequences of defeat on Sunday. Let’s hope that the manager can devise a system that is capable of masking even the most “rubbish” of performances.

One-on-one battle to watch –  Vincent Kompany v Jamie Vardy
“The second ball is a concept. It’s typical here in England when they use a lot of tackles. I am not a coach for the tackles. I don’t train for tackles.”

Pep Guardiola might regret ever coming to England and dismissing the importance of this country’s bread and butter; he might not. But he most certainly does not look upon the situation that compelled him to anger every pundit in existence with fond memories.

The above quotes came after Manchester City were utterly dismantled by Leicester back in December. Guardiola’s side made a total of seven tackles, and allowed Jamie Vardy to end a 16-game goalless streak in the most emphatic fashion possible with a hat-trick.

City started with a three-man defence of Pablo Zabaleta, John Stones and Bacary Sagna for that fixture. Vardy is likely to find life a little tougher against a resurgent Vincent Kompany.

Football League games to watch – The Championship play-offs
Seriously, watch them both. Championship top scorers Fulham host Reading, who somehow managed to finish third with a goal difference of +4, on Saturday.

By Sunday, Sheffield Wednesday take the short trip to Huddersfield, who themselves reached the play-offs in fifth place with a goal difference of -2. The second tier is weird. Brilliant, but weird.

The top two also face off in the Bundesliga (Saturday, 2.30pm), but Bayern Munich have already won their fifth straight championship.

The title race is likely to go down to the wire in Spain, with Barcelona and Real Madrid currently level on points. The former travel to Las Palmas; the latter, who have a game in hand, host Sevilla. Both play on Sunday at 7pm.

Feyenoord, who face Heracles at home, have a one-point lead with one game remaining in the Eredivisie, and will pip Ajax to the title if they can at least match their opponent’s result against Willem II. Both play on Sunday at 1.30pm.

A win for Monaco over Lille (Sunday, 8pm) would put them six points clear of PSG in Ligue Un with two games remaining. Leonardo Jardim’s side boast a significantly better goal difference, and so the principality would be on the verge of a first French league title in 17 years, just before the vultures come.

Where is Mike Dean this week?
The great man is on double duty. He will be kept busy at Goodison Park as fourth official for Everton’s game with Watford on Friday evening, then faces the short to the Britannia Stadium for Saturday evening’s kick-off. The powers that be know they need someone with authority to take charge of Stoke’s clash with Arsenal. Those two teams really like each other, right?