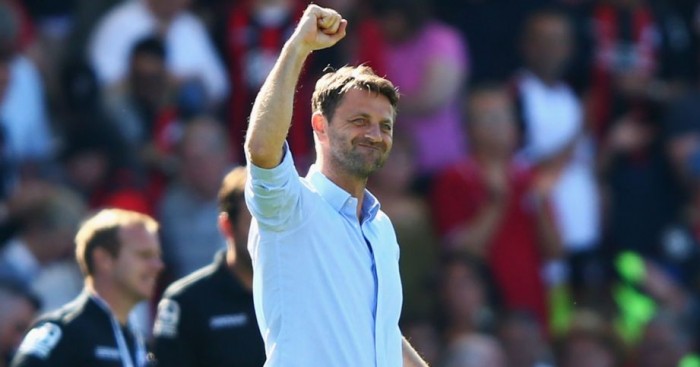 Louis van Gaal needs a result (if not performance) to stave off the doubters, but so does Brendan Rodgers. After getting booed by France supporters, Olivier Giroud needs to offer a response…

Louis van Gaal
When Van Gaal arrived in England, he was welcomed by some words of warning from Brendan Rodgers:

“I think what he’ll find is the competition in this league will be different from any other league that he’s worked in,” said Rodgers. “In a lot of the other leagues there are one or two teams and those are the teams that are expected to win.

“This is a league where the top team plays the bottom team and on any given day you can lose. You don’t get that a lot in the other leagues. I think the competition will probably take him by surprise and that’s from foreign managers I have spoken to over the years.”

At the time, we laughed a little at the fact Rodgers (no trophies) could be advising Van Gaal (more than no trophies) but, actually, Rodgers was right. Van Gaal has struggled to implement his aims upon United in efficient manner, and has repeatedly struggled to kill off the type of team that Fergie’s United would have brushed aside. United came sixth in a table of records against the bottom-half teams (level with Southampton), and have already dropped five points this season against weaker opposition.

Despite assumptions of a Manchester United title challenge this season (especially given the money spent since Van Gaal’s arrival), the manager this week declared that would be happy with a top three finish this season, before winning the title in his final year in England. It’s an odd ceiling to place on ambition, both so early in the season and before a home game against Liverpool.

Van Gaal has been a wonderful coach and man manager, but rarely has United’s support seemed so flat before such a huge game. There have been reports of training ground disagreements, whilst most fans are growing impatient, if not yet restless.

Still, nothing beating Liverpool with a degree of flamboyance can’t solve (or at least appease).

Wayne Rooney
England record-breaker, Manchester United has-been? Sarah Winterburn put him at No. 1 on her England ladder, but there is a far bigger gap between the top and second rung on the Manchester United version. Louis van Gaal is reliant on Rooney’s goals returning, and so are everyone who will pack into Old Trafford on Saturday teatime.

If there was ever the perfect time for Rooney to fire, it is now. Lose at home to Liverpool this weekend and United could be 12th in the table with their Champions League campaign due to begin. If that doesn’t raise questions of crisis, it would certainly provoke the questions surrounding Van Gaal’s ‘philosophy’ to be asked at even greater volume.

Rooney has scored one away league goal in the last 18 months, woeful for a player of his aptitude and responsibility. That record only focuses the demand for goals at Old Trafford. It’s only three from open play in the league in total in 2015.

Anthony Martial
Louis Saha has labelled him as the ‘next Thierry Henry’, whilst the rest of us worry that a teenager wearing a whacking great price tag around his neck makes instant success doubly difficult.

“I am delighted Anthony has joined Manchester United as I believe this is the right club for him to continue his development as a young player,” said Van Gaal. “He has all the attributes to become a top football player; however we need to give him time to adjust to his new environment and the rhythm of the Premier League.”

As I wrote in Transfer Window Winners and Losers, any insistences of patience from Van Gaal will fall on deaf ears. Furthermore, that is directly as a result of his own actions. You can’t let four attackers leave the club in one summer (and probably loan out another) and then tell people not to expect much from one of the remaining two.

Martial’s debut, even if off the bench, may well be against Liverpool. If he can make it there…

Christian Benteke
As I wrote in this week’s Top Ten, there is no doubt that Liverpool have tweaked, if not dramatically altered, their style to accommodate the arrival of Benteke. It is impossible to offer a glowing review so far.

On Rodgers’ head may be it.

The promoted trio
Two wins and 11 points from a combined 12 matches so far for the promoted three. It’s a sluggish if not quite disastrous start, but the true issue comes when you examine the opponents Bournemouth, Watford and Norwich have faced.

Of those 12 combined matches, only one has been against a member of last season’s top five finishers, while their home games have been against clubs that finished 7th, 9th, 10th, 13th, 14th and 17th. They’ve taken four points from those six matches, and not one victory.

This weekend provides another two chances for a first promoted home win of the season, with Norwich hosting Bournemouth and Watford facing Swansea at Vicarage Road. Time to make it right.

Nicolas Otamendi
With Pablo Zabaleta ruled out through injury and Bacary Sagna limping off for France against Serbia, Manuel Pellegrini has something of an injury headache. He can either turn to rookie Pablo Maffeo, or give Nicolas Otamendi his debut.

One would expect experience to win out, but it’s a big ask of Otamendi. The Argentinean has played at right-back in his career before, but to take his bow against one or both of Bakary Sako and Yannick Bolasie is a huge ask. Manchester City have looked gloriously untroubled defensively until now, but the first seeds of doubt must be appearing.

Alan Pardew
The new darling of English football management, Pardew welcomes Manchester City to Selhurst Park on Saturday afternoon in what is a battle between the top two clubs in the Premier League. If that sounds weird, Pardew is also the second favourite to be Roy Hodgson’s replacement as England manager. It’s quite the rise in fortunes.

There is only one piece of advice that a mere mortal like myself could offer to Pardew: Don’t ruin it all by calling Manuel Pellegrini a f**king old c*** again.

Roberto Martinez was delighted with the retention of his central defender, but there would appear to be two probable eventualities. The first is that Stones improves, and Chelsea therefore come back in for their man. This may be for a higher price, but not if Stones is successful in inserting his escape clause. The second is that Stones either fails to improve or sustains serious injury, in which case his value will decrease. Like when taking an angry cat to the vet, it’s time for Everton to avoid the clause. I’m making homophones sexy.

Anyway, this weekend Stones faces Chelsea. The camera will be focused on him more than any other home player. Get used to it.

Tim Sherwood
Since the opening day it’s a loss to Manchester United, loss to Crystal Palace and draw with Sunderland. Nothing for Sherwood et al to get too panicky about, but avoiding defeat to Leicester is necessary to stop any doubts creeping in.

There are many still unconvinced about Sherwood’s long-term managerial aptitude. After failing to convince Fabian Delph and Christian benteke to stay, before immediately spending £50m on new players, the stakes have been raised. Villa fans can’t stomach another relegation battle.

Olivier Giroud
“As a striker, what you get used to on a daily basis, it is to be applauded when you score goals. When the opposite happens, it’s difficult. Everybody gets criticised at one point.”

Those were the midweek words of Olivier Giroud after being booed off by France fans during the 2-1 vs Serbia. If he thinks it’s going to get better at Arsenal, he’s mistaken.

“That’s not the first and surely not the last time it happens. I have the mental strength to bounce back. Now I am going to focus on working. I am everything but worried about that. I will bounce back.”

He’ll have to. With Danny Welbeck ruled out for anything between three and six months he will play no part in Arsenal’s bid to embark upon a title challenge, merely sustain an existing challenge. For that to be a possibility, Giroud needs to fire.

“You get criticised when you lose, especially at home, we said we want more, we want to win the league,” Giroud insisted after the victory over Crystal Palace. “When you say that you have to face the expectations.”

Not just face the expectations, Olly. But match up to them too.
Daniel Storey