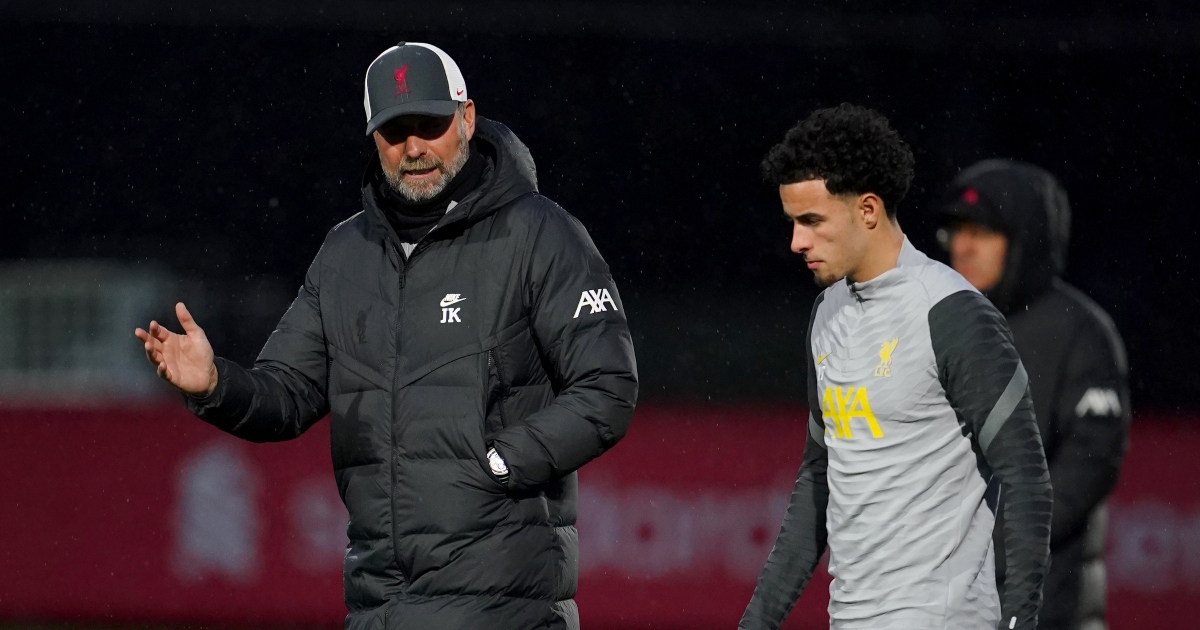 Liverpool manager Jurgen Klopp has admitted he sometimes needs to give a push to midfielder Curtis Jones but is happy with his response.

Klopp recently had a pep talk with the academy graduate, who turns 21 next week, in which he told the local youngster it was time to take his game up a level.

Jones, who had been sidelined by a freak eye injury and Covid, has started the last two matches and was particularly impressive in the Carabao Cup semi-final win over Arsenal on Thursday.

“Yes, Curtis was really good the last two games. I know him for a long time now and I am one of his biggest fans,” said Klopp.

“From when I first saw him I can remember the talent group training at Melwood on a side pitch and I looked out of my office and saw him and it was ‘Ooof. Wow’.

“The next question was ‘How old is he?’. I think he was 15 at the time but was already clearly a massive talent.

“Sometimes they need a push and Curtis looks like he is that guy – not that he is not concentrating. It is a proper response and if his response is like this then absolutely fine.”

Great evening at the Emirates😄
See you at Wembley! pic.twitter.com/Lyz7JSRmZA

One player who has needed no such nudge is Diogo Jota, whose two goals against the Gunners secured a first trip to Wembley since 2016.

Only team-mate Mohamed Salah has scored more Premier League goals this season than the Portugal international, whose return of 27 in 56 matches since arriving from Wolves is impressive considering he was brought in to challenge the established front three of Salah, Sadio Mane and Roberto Firmino.

With the former two still away at the Africa Cup of Nations, Jota has an important role to play and appears to be relishing the responsibility.

Klopp was asked how he had developed into such a threat.

“Work. If you don’t have the basis no-one can do miracles. Diogo came here and was an outstanding player,” said the Reds boss ahead of the trip to Crystal Palace.

“It helps when your team has a bit more possession than your former team, that is already helpful and the players around help.

“Diogo is a really impressive person, really mature young man, and loves football, loves working and training, and that is very helpful.

“He was in the middle of the team after three or four weeks so there was no time needed for adapting to the way we play.

“I am really happy for him that he can show up. When you have this quality it is nice if you can show it in public.”