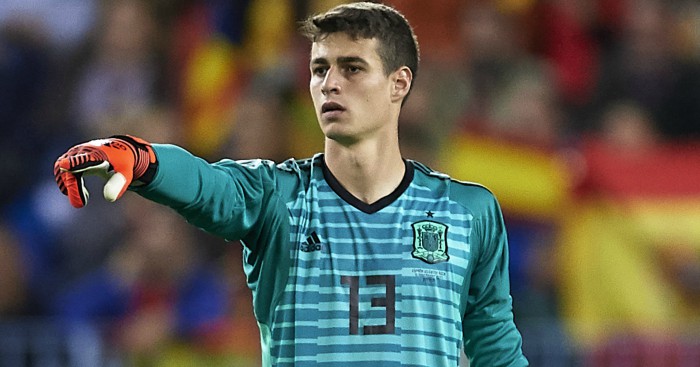 Athletic Bilbao have confirmed that Kepa Arrizabalaga has paid his release clause ahead of a move to Chelsea.

Kepa emerged as Chelsea’s main target to replace Thibaut Courtois, who is seemingly bound for Real Madrid, on Tuesday.

With the Premier League transfer deadline looming on Thursday, Chelsea have wasted little time in pushing ahead with a world-record deal.

Bilbao have confirmed that they have received a full payment of £71.6m from Kepa, with the goalkeeper buying out his release clause.

The Spanish club added that Kepa ‘has expressed his desire to terminate and unilaterally resolve’ his contract, thanking the player for ‘his contribution’, and adding that they will continue to honour their Basque traditions in the face of ‘an unwanted exit’.

The 23-year-old will become the most expensive goalkeeper of all-time, eclipsing the initial £56m fee Liverpool paid to sign Alisson.

Kepa will now travel to London to finalise his move to Stamford Bridge. Chelsea plan to unveil him on Thursday.

A statement on Athletic’s official website read: “On Wednesday, August 8, 2018 at 1202 hours (CET), the Professional Football League confirmed to us that the player, Kepa Arrizabalaga, has met the requirements for the valid unilateral termination of the work contract that linked him to Athletic Club.

“The amount of the compensation established in the contract has been deposited.

“Athletic thanks the player for his contribution during the time he has remained in our club.”