Home All The News Bilic admits Bony is an ‘option’, hints at Zaza 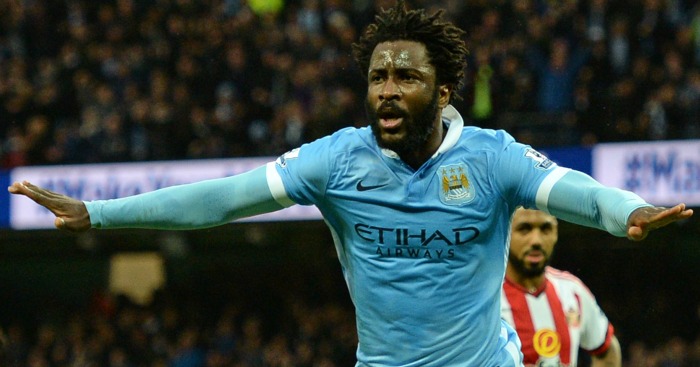 The Hammers have made no secret of wanting to bring in further forward options, with new club-record signing Andre Ayew ruled out for up to four months having injured his thigh on his debut at Chelsea.

Andy Carroll is also sidelined with a knee problem sustained in the 1-1 draw at Astra Giurgiu in the first leg of their Europa League play-off last week.

The finely poised tie comes to a conclusion with the second leg at the London Stadium on Thursday and, ahead of the clash with the Romanian champions, both Bony and Juventus’ Zaza remain on Bilic’s radar.

Bony has struggled for game-time since a big-money move to Manchester City in 2015 and was recently omitted from Pep Guardiola’s Champions League squad for the qualifier against Steaua Bucharest.

Asked about a potential move for the former Swansea man, Bilic replied: “He is a good player. He is an option because he plays in the position where, even before the injuries, we tried to sign a player – he is a centre-forward.”

But he added: “I don’t negotiate. I’m just the manager. I just say to the chairmen and (chief scout) Tony Henry, we talk and then they do it.”

Zaza, whose father was quoted on Tuesday as saying the player is “seriously considering” a move to West Ham, is a long-term target of Bilic.

The Croatian would not be drawn on whether a deal for the Italy international was close, but again stressed the importance of bringing in more attacking players.

“I’m not going to tell you the details, but we have been linked with Zaza last year also, last summer,” he said.

“He’s a top player and I like him. I was here last year so it tells you everything and we were in contact with him last year – it didn’t happen. We will see if it does this year in the next few days.

“We have a couple of players that we are going to try to do a deal for. But we are in the period that a lot of our players, especially the offensive players, are out injured.