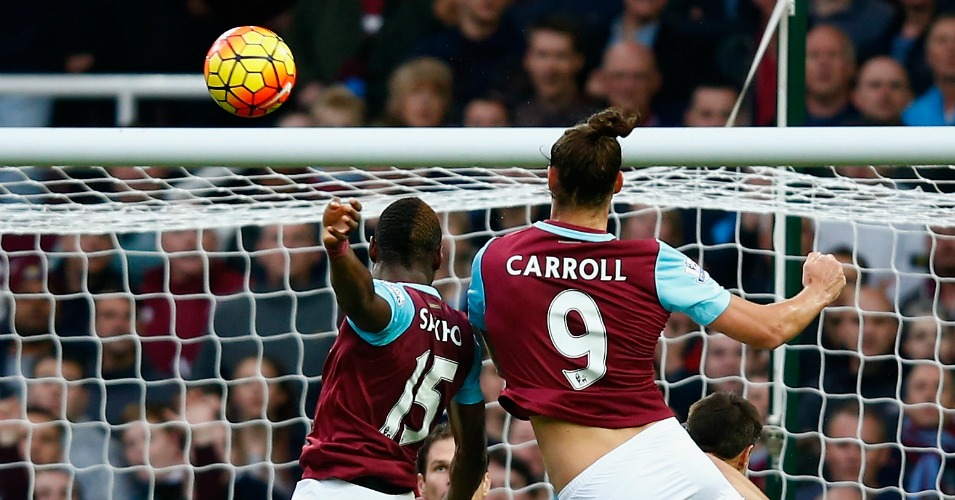 West Ham manager Slaven Bilic admits he has to rein in Andy Carroll but labelled his striker as “impossible” to play against when he is at his best.

Carroll, who has endured a torrid time with injuries during his time at Upton Park, is finally working his way back to fitness following a lengthy lay-off with a knee problem.

He scored the winning goal against Chelsea last week after coming off the bench to send the Hammers up to third in the Barclays Premier League.

That was the 26-year-old’s third straight substitute appearance and Bilic is ready to play the long game to ensure Carroll is not dealt another injury blow any time soon.

“At the beginning it was six weeks individual training then for a couple of weeks he was training twice with us and then one day with physio,” the Croatian said.

“Now he is back. Okay we are still a little bit cautious because of the injury that he had but now we have to stop him from training – we have to tell him ‘right the last bit of the training you have to rest’ because he loves football.

“I don’t know him from the past but he is a lad that would like to play five-a-side or finishing or whatever. He loves to train so for a big lad, when he trains he goes in like 100 per cent so sometimes we have to stop him.”

Carroll has never enjoyed a full season at West Ham without being plagued by some kind of injury, but Bilic believes the club’s record signing can offer his side something special when he is able to get him out on the pitch.

“Now hopefully he is in a good position to become less injured or if we are lucky, hopefully free of injuries,” he added. “That was the main issue – that was the problem. His quality as I said 20 times was never an issue. When he is fit he is capable of everything.

“It is not just his ability. When a good ball comes in like Aaron Cresswell’s against Chelsea it is basically up to him. No matter how good the defenders are in the air, it is more up to Andy.

“If the good balls come in an area where he is, it is almost impossible to mark him. His game is not just that – he has a sense and feeling for the game, he sees the move two or three moves before which makes him a great player.”

Carroll’s lifestyle away from the pitch has been questioned at times, and an incident in a restaurant last weekend again showed he will sometimes grab headlines for the wrong reasons.

But Bilic has no issue with the former Newcastle and Liverpool striker enjoying himself outside of football – as long as it does not impact on his game.

“I don’t live with him,” he replied when asked if Carroll looks after himself well enough.

“Up to some point I am not a policeman and I am not investigating their lives. They are young people, they are going out. We all used to go out.

“All I am telling them is very normal. It s very hard to go out because of the media and everything but I can understand they go out but it is all about timing of course, when and where.

“Did he look good after his body in history? All those stories, there has got to be something in them. We had a few chats. He has matured enough. When you talk to him, he is like a proper man.”

Carroll could make his first Premier League start since January when West Ham travel to face Watford on Saturday, but Bilic may again decide he is best used off the bench later on in the game.