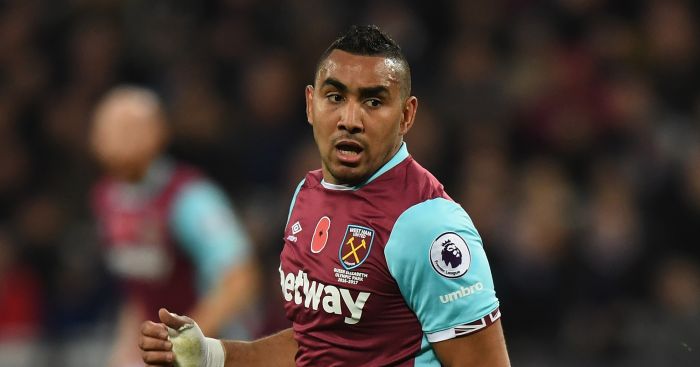 Slaven Bilic is confident Dimitri Payet will not leave West Ham in January.

France international Payet caused a stir earlier this month when he said he “closed the door to nothing” amid rumours of interest from Paris St Germain.

But Hammers boss Bilic has no plans to hold talks with his star man, who has scored two goals and made five assists this season, and is convinced the 29-year-old is going nowhere.

“I read it but he said nothing major,” said Bilic. “He said he didn’t want to close the door to something, he didn’t say ‘I want to leave’ in January or June or whatever so let’s not make a big issue.

“I’m quite relaxed. We are not going to talk about it particularly but with every big player there are a lot of rumours and interest. So I don’t have to talk to him about it.”

'I remember that game!'

Of more pressing concern to Bilic is Payet stepping up to the plate against derby rivals Tottenham on Saturday evening.

West Ham are languishing in 17th place after just three wins this term and could do with their talisman recapturing last season’s form against the meanest defence in the top flight.

“In every game you need your characters to show their qualities, no matter if it is to defend, to fight, to tackle and win second balls or create something special and win games for you,” he added.

“We need him a lot in every game, especially when you are playing against a defence that has conceded so far the fewest goals in the Premier League.

“Of course you need something special to score against them and you are expecting your best players to do it.”

Bilic has added striker Diafra Sakho to his squad for the first time this season following a back injury, but skipper Mark Noble is suspended.