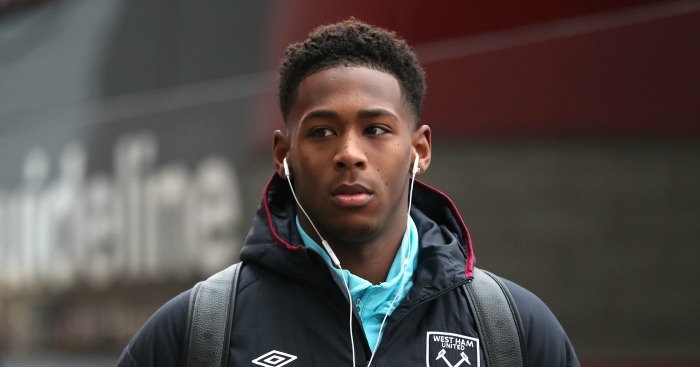 Slaven Bilic has warned Reece Oxford not to “think he is Kylian Mbappe”, and impress at Borussia Monchengladbach.

Oxford joined Bundesliga side Gladbach on a season-long loan in the summer, but has yet to feature at all.

It was reported last month that the defender could cut short his deal and return to West Ham, but he has remained in Germany and is expected to see out his deal.

Bilic hopes the 18-year-old can develop further out on loan before returning a better player.

“He’s got that potential and he needed to somewhere to play regularly in a good league so he went to Monchengladbach, which is a good club in a good league,” Bilic said.

“Unfortunately he didn’t play regularly so far, but hopefully he will do and he will play well and come back and show the quality and form to become a regular player for West Ham.”

Oxford has struggled for playing opportunities both in Germany and for West Ham this year, but still received a nomination for the Golden Boy award, handed out to Europe’s best young player.

“Someone recognised him to be nominated for the Golden Boy award,” Bilic noted.

“If he goes one way and thinks he is [Kylian] Mbappe then that’s wrong, he needs to use this in the right way.

“He has got it in him, get his place and start playing regularly. Hopefully he will get that in Germany and it’ll be great to play in the Bundesliga.”