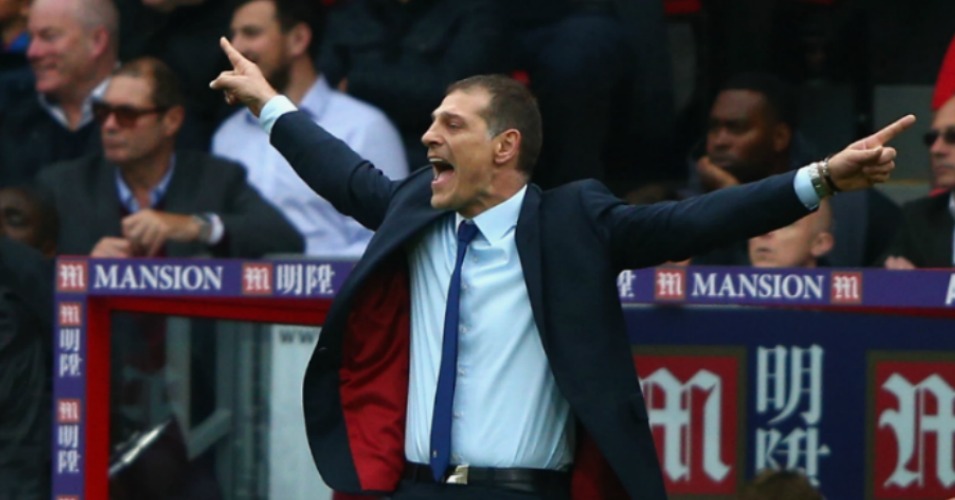 Slaven Bilic believes West Ham are approaching home games like a “basketball” game after seeing them secure yet another away victory.

West Ham and Crystal Palace were locked at 1-1 after Yohan Cabaye’s penalty cancelled out Carl Jenkinson’s opener when striker Gayle launched into a rash challenge on Dimitri Payet.

Having been booked for that, Gayle should surely have known better than to slide in on Cheikou Kouyate a minute before half-time.

The Hammers are now unbeaten in five away league games this season and hold the best record of any side on their travels so far after adding to the victories over Arsenal, Liverpool and Manchester City.

It is a different story at Upton Park however, with Bilic ruing the fact his side have beaten only Newcastle in four home games this season.

“We will try to win our home games and maintain our away form, but it’s more that we started sloppily in a couple of home games.

“At home sometimes we are playing like it’s basketball and you have a limit of 24 seconds to finish your move, and you are forcing the situation too early.

“Away we are a little bit more patient, but at home not patient enough.”

Jenkinson bagged his second goal in two games with a fine 23rd-minute strike, only for the right-back to promptly give away a penalty when he knocked Gayle over in the opposite box.

Cabaye tucked away the penalty – but Gayle had encroached in the area, forcing a retake which the France midfielder neatly dispatched into the opposite corner.

The 10 men appeared to have held on for a point until the 88th minute when Mauro Zarate crossed to fellow substitute Andy Carroll, who headed back across goal for Lanzini to lash home.

And four minutes into stoppage time Payet raced onto Lanzini’s through-ball before deftly chipping Wayne Hennessey to seal West Ham’s fourth away win of the season, with Bilic applauding a battling victory.

“We had to be patient and stay in position,” said Bilic. “It’s not easy to score against a team basically defending with nine men.

“I was more pleased with performance in the first half. We came here with respect for Palace, they are doing well, they have quality and are the best in the country at set-pieces.

“I told the players last night to forget about beating Arsenal, Liverpool and Manchester City, and that this is the game I am looking forward to.

“We had to match them and hope our quality on the ball would make the difference – and it did.”