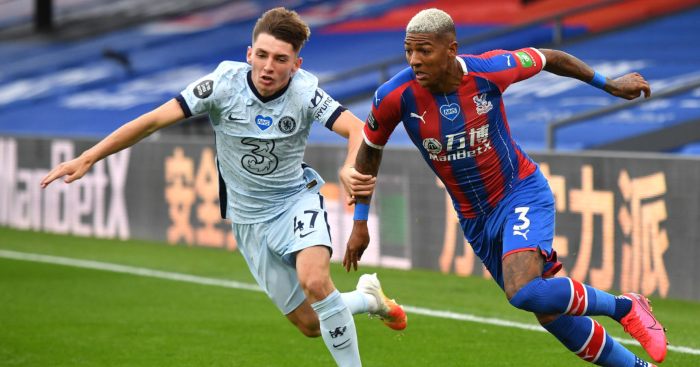 The 19-year-old’s campaign was cut short by knee injury in July however and the former Rangers youth star has only just returned to full fitness.

Chelsea boss Lampard has confirmed Gilmour will travel to Spain for Wednesday’s Champions League clash with Sevilla and tipped the technically gifted playmaker to pick up just where he left off before his knee problem.

“He’s fit now Billy, he could probably do with some more match minutes which are hard to get in Covid times, but he’s doing very well,” Lampard said.

“It will be nice if he can get some minutes particularly over these two Champions League games, in the remainder of the group stage.

“And where do I see him? I see him hopefully coming back at the level he was at just before he got injured.

“He made a great impact and there will be so much more to come from him this time, because of the talent he has.

“He’s got a great attitude, he trains brilliantly, and he’s looking spot-on.

“So he comes in just to compete in the squad with the other players in that midfield area.”

The Blues will now battle it out with Sevilla for the top spot however, which would in theory lead to an easier knockout tie.

Chelsea’s hectic schedule leaves Lampard little choice but to rotate his resources for Wednesday’s match, but the Blues boss admitted he has plenty of players itching for a chance to impress.

“We’re fully fit and ready to go,” said Lampard. “I’ll have to give players a chance, and for different reasons.

“Some players have been playing a lot, we’ve been talking about the hectic schedule. It is hectic but we can’t say that on the one hand and then maybe not look at rotation for this game.

“And on the other side of that players who haven’t played as regularly have been training really, really well and part of the group and important to us. So some are just knocking on the door and deserve opportunities.

“So we’re not taking the game lightly, even though we’ve qualified, we want to top the group.

“I don’t expect a drop in level, but there will be an opportunity for some players to get some minutes.

“We want to win the group for different reasons, obviously your pathway through would be the beneficial position.

“Also in terms of motivation, those players that haven’t played so many minutes, their motivation is to try to show why they should be in the starting XI.

“I have different choices, and it’s an opportunity for players to give me more difficult choices moving forward.

“And as a collective, we’re on a good run, we haven’t lost since Liverpool which was a difficult game for us because of circumstances that happened in the game.

“In football my experiences are that if you’re going well and you decide you want to flick the switch off, and flick it back on again, it doesn’t work that way.

“So we have to remain consistent in our approach.”