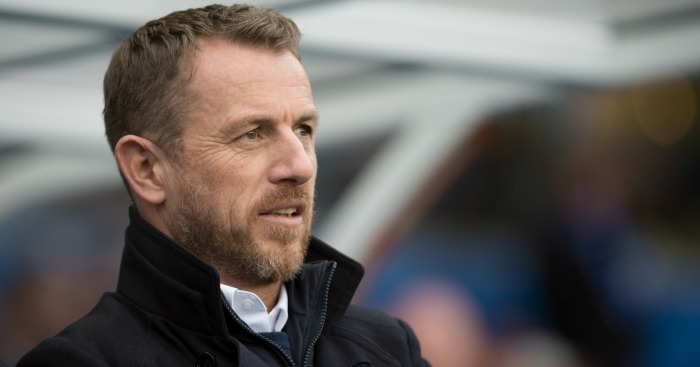 Rowett’s contract, and those of his backroom staff – Kevin Summerfield, Mark Sale, Kevin Poole and Darren Robinson – have been terminated with immediate effect.

It is a surprise development at St Andrew’s with Birmingham only outside the play-off places on goal difference after winning 2-1 at home to Ipswich on Tuesday night.

The Blues’ previous two results were heavy 4-0 and 3-0 defeats to Newcastle and Barnsley respectively but they are the only two losses in the club’s last seven league matches.

‘This has not been an easy decision to make.
‘The Board would like to thank Gary and his backroom staff for their efforts and wish them all the best for the future.
‘Gary came in and immediately stabilised the team amid difficult circumstances and during his tenure improved the Club’s fortunes on the field.
‘He has conducted himself professionally on behalf of the Club at all times and there is a genuine sadness at this course of action.
‘However, new owners Trillion Trophy Asia Limited (TTAL) remains determined to lead the Club to a bright and exciting future.
‘Supporters can rest assured that the decision has been taken with a strategic, long-term view and with the Club’s best interests at heart.
‘An immediate replacement will be sought in order to afford the new manager the time to assess where the existing playing squad needs strengthening. The Board recognises the urgency required given that the transfer window will open at the start of January and funds have been made available.
‘TTAL has been involved with the Club for more than 18 months and has reviewed all playing and non-playing matters during that period.
‘Club Director Panos Pavlakis, on behalf of the Board, said: “Such a parting of the ways is always difficult, particularly so on a personal level as I have worked very closely with Gary and have got to know him well. Our relationship was very strong but in football you can never stand still.
‘”I would ask that our supporters trust our judgement and look forward to and embrace the future as we begin to implement the exciting vision of TTAL.”
‘The Club will be making no further comment at this stage.’
birmingham championship Gary Rowett