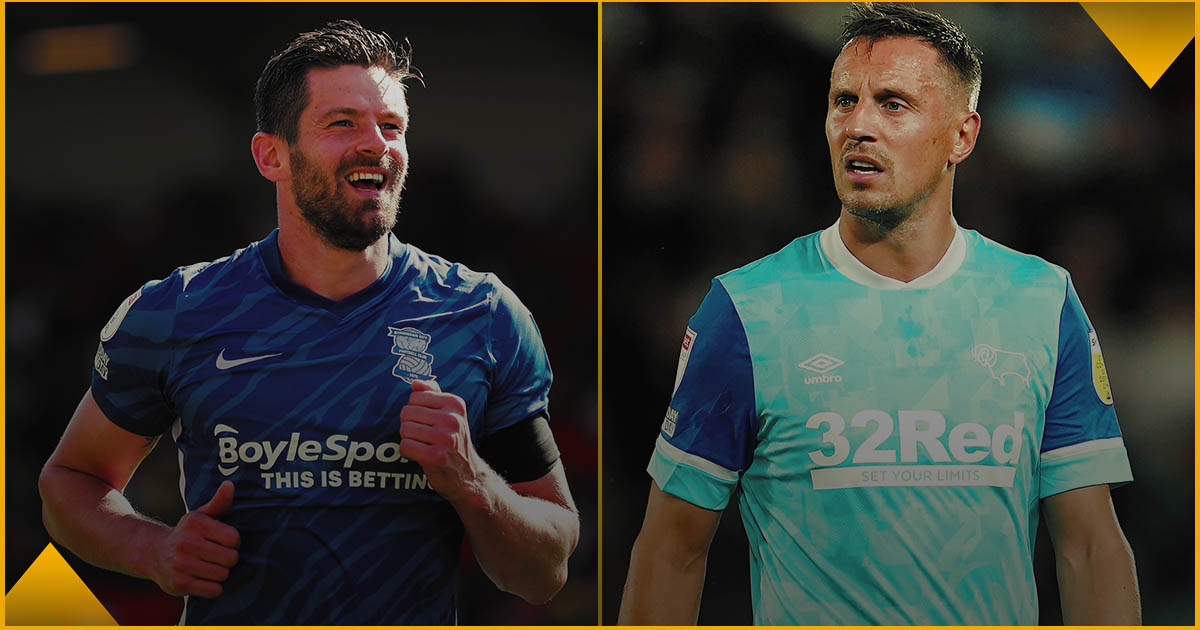 The international break is finally over and so we’re diving straight back into some Championship football, Benjamin Bloom has you covered with all you need to know heading into Birmingham v Derby – with odds from Betfair throughout.

Setting The Scene – Glass Half Full?
Birmingham v Derby, a clash of the Championship stalwarts, two clubs who have in recent times graced the Premier League but spent the intervening years trying and failing to get back there. Birmingham have been with us in the Championship for the past decade; they finished fourth in the first of those campaigns but since then it’s been tenth at best for Blues. There have been new owners, plenty of new managers, but that excellent run of seven Premier League seasons and a League Cup win in nine years from 2002 is fast disappearing into the rear-view mirror.

Derby can beat Birmingham’s ten-season stay in the Championship by three having been with us since 2008. The first handful of seasons didn’t inspire too much hope of promotion, but during a run of four play-off appearances in six years the Rams became regular Championship nearly men. Derby fans must still wonder how Steve McClaren’s excellent team of 2014 didn’t get promoted having finished third with 85 points and losing in the play-off final despite having an extra man for the final half-hour.

In the past couple of seasons both clubs seem to be more linked with FFP than EPL, Birmingham received a nine-point deduction in 2019 whilst the EFL and Derby have been going at it for what seems an eternity. It’s been a tough period for both clubs, Birmingham have found a good fit as manager in former player and League Cup winner Lee Bowyer, and their fans might be taking a sly glance at that top 10. Derby are surprising most by following a tumultuous pre-season off the pitch with a nice stable start on it. Dare I say for both clubs the glass currently seems half full. For now!

Birmingham To Finish In The Top Half 4/5 (Betfair)

One To Watch – Troy Deeney (Birmingham City)
‘Player returns to spiritual home to finish his career’. Perhaps Cristiano Ronaldo has cornered the market on that narrative in the wider football sphere, but in the realm of the Championship this window’s returning hero is most definitely Troy Deeney. Granted, Deeney has never played for Birmingham City, let alone led them to Ronaldo and Manchester United levels of success, but he’s openly embraced his status as a fan of the club, and carries a tattoo of the Birmingham badge on one of his massive calves. His arrival has certainly got the Birmingham fans very excited, and he takes a mean penalty too. I’ll stop with the Ronaldo comparisons now.

Deeney arrives from Watford, where 11 years and 140 goals give him legend status, he was the captain and definitely fulfils the criteria of a leader on and off the pitch. Birmingham will want to tap into the influence, reach and charisma of Deeney’s personality as much as his on-pitch talent. The current Birmingham striking roster contains Lukas Jutkiewicz, Scott Hogan and Chuks Aneke, alongside their new recruit. Jutkiewicz is big, powerful and pretty indispensable, but it’s Hogan that the fans seem to question, with the recent draw at Barnsley adding fuel to the fire of accusations of some less than clinical shooting. Deeney’s career might already have been defined in the yellow of Watford and through ‘that’ play-off goal against Leicester, but this could certainly be an engrossing final chapter at his boyhood club and spiritual home.

One To Watch – Tom Lawrence (Derby County)
Wayne Rooney must be enjoying his first job in management, with a chaotic ownership backdrop and hands tied for incoming players he’s done what he can to make Derby look competitive this season. Five new faces were added on free transfers during the window, and Derby will continue to look to their fertile youth system to bolster their squad. Another decision Rooney took this close season was to make Tom Lawrence the Derby captain, one that if it comes off will look like an inspired piece of man-management.

Lawrence became a sought-after Championship player after an influential loan spell at Ipswich, he joined Derby from Leicester for the sort of fee owner Mel Morris used to spend on players. Perhaps Lawrence was a bigger fish in a smaller pond at Ipswich but his combined goals and assists of 18 there dropped to 13, 8, 13, and 4 in his four seasons at Pride Park. Lawrence’s output trended down with Derby’s in general, and his reputation off the pitch took huge damage after the infamous motoring incident in 2019.

On his day Lawrence can be brilliant, Ipswich could’ve been down in League 1 a couple of seasons earlier without his loan spell, and I was present for a virtuoso two-goal opening-day performance at Huddersfield in 2019. I’m sure Rooney’s use of the captaincy is to motivate and focus Lawrence, if he can repay his manager by taking the responsibility he’s been given and running with it, this could be exactly what both Lawrence and Derby need.

Key Battle – Davies and Jagielka v Lukas Jutkiewicz
Gianfranco Zola didn’t get much right as Birmingham City manager, the Italian was a bewitchingly good player, but his short stint in charge nearly had them ending up in League One. One thing Zola did that Blues fans will appreciate is exercising the option to sign loanee Lukas Jutkiewicz permanently, and opponents are still trying to work out how to stop the aerial prowess of Big Juke.

For all the focus on possession and passing this last decade the truth remains universally acknowledged that it’s still very difficult to stop a tall, strong, powerful forward being provided with good and regular service. Whether it’s a long throw from Marc Roberts, a cross from winger turned wing-back Jeremie Bela, or a ball into feet from Ryan Woods in deep midfield, Jutkiewicz is a massive handful for centre backs.

The next brave souls to take the challenge will likely be Curtis Davies and Phil Jagielka; the esteemed duo came together three games ago, since when Derby have conceded just one goal. Much will be made of Davies and Jagielka’s combined age of 75, but battles against Jutkiewicz are more about positioning, strength and concentration than speed or agility. Lee Bowyer will make sure the Derby duo are tested, and whether he’s putting the ball into the net himself or creating space, chances or havoc for others, stopping Jutkiewicz is always a help in stopping Birmingham.