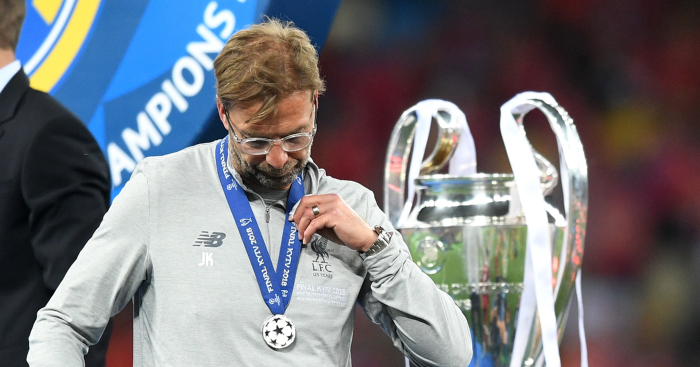 Napoli president Aurelio De Laurentiis says he will “ask for an explanation” as to why Liverpool were in pot three for the Champions League group stage draw.

Liverpool found themselves in pot three despite reaching last season’s Champions League final in a losing effort to Real Madrid.

That was only their second Champions League campaign since 2009/10, and their first advancing beyond the group stage since 2008/09.

The Reds reached the final of the Europa League in 2015/16, but their under-performance in that competition has also contributed to a relatively low European co-efficient.

That placed them in pot three, and landed them an eminently difficult draw against PSG, Napoli and 1991 champions Red Star Belgrade.

But Napoli have taken the draw the hardest, and will demand an “explanation” from UEFA.

“We are bitter, I will ask for an explanation from UEFA,” De Laurentiis told Radio Kiss Kiss Napoli.

“Liverpool, Champions League finalists, are put in pot 3? It is a disastrous anomaly.”

This after De Laurentiis hit out at Liverpool over their relationship with Roma. Now then.

Quiz: Test your knowledge of the Career of England great Alastair Cook (Cricket365)