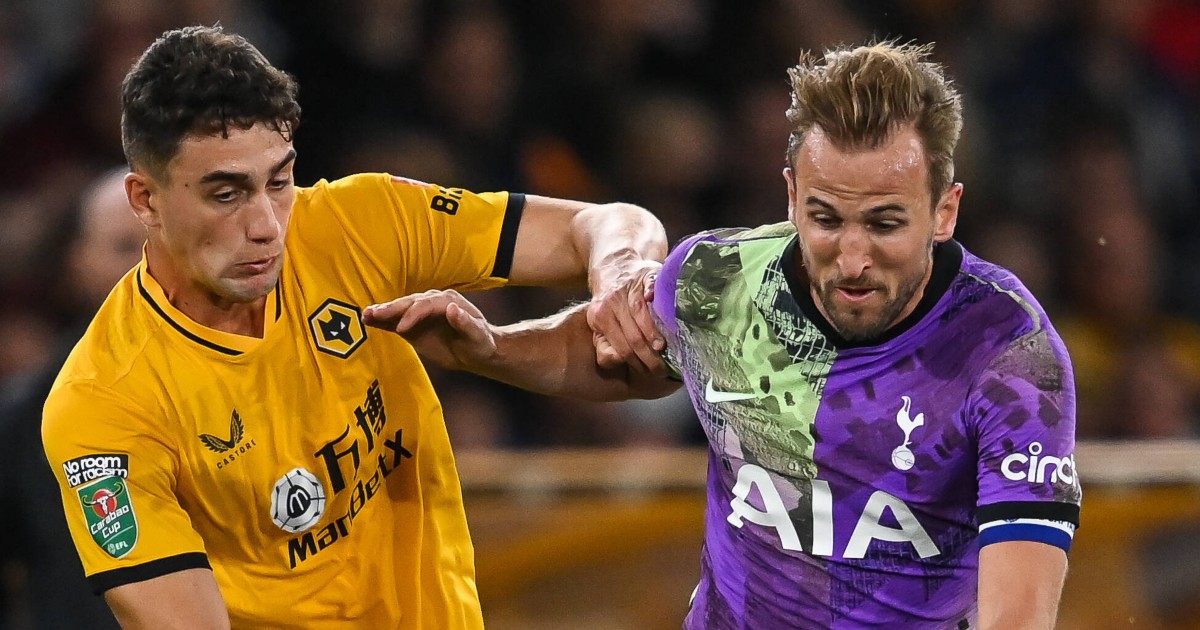 Max Kilman is being considered by England after a bizarre ruling ended his hopes of playing for Ukraine.

Wolves centre-half Kilman has excelled at the base of the club’s defence this season, playing every Premier League minute under Bruno Lage and scoring his first goal for the club in November’s win against Everton.

The 24-year-old signed a new contract soon after, taking advantage of an injury to Willy Boly to establish himself and commit his future to Wolves until summer 2026.

That has increased his international prospects, although Kilman had previously hoped to represent Ukraine, the birthplace of both of his parents.

Andriy Shevchenko confirmed in March that he was trying to attain clearance for Kilman to be called up to the national team, saying: “We made a request for Maxim to FIFA, we are waiting for an answer.”

But the request for Kilman to switch his international allegiance was denied because the player had made 25 appearances for the England futsal team, tying him to the country at any level of the sport.

Manchester City defender Oleksandr Zinchenko, an ever-present for Ukraine during Euro 2020, even phoned Kilman ‘in a bid to secure his allegiance’, the Wolves player having already met with Shevchenko.

The blow will not necessarily end Kilman’s international hopes, however, as ‘his form has not gone unnoticed by Gareth Southgate’ and England.

The Athletic claim that his performances and the fact he is a left-footed defender means Kilman ‘has been discussed as a potential option at centre-back’ in an otherwise shallow pool.

Southgate was in attendance at Molineux for the game against Everton in which Kilman scored, further boosting his prospects.

Lage spoke fondly of the player after that match, saying: “He deserved that goal, but most importantly he deserved to stay in the team.

“Max is giving this, not just for me but for the team, good performances. Solid. The way he’s defending and playing with the ball and now with a goal, so I am happy with him.

“He needs to continue to work. We cannot sleep on the performance or the result, we need to go (again). That’s what I want for my players.”