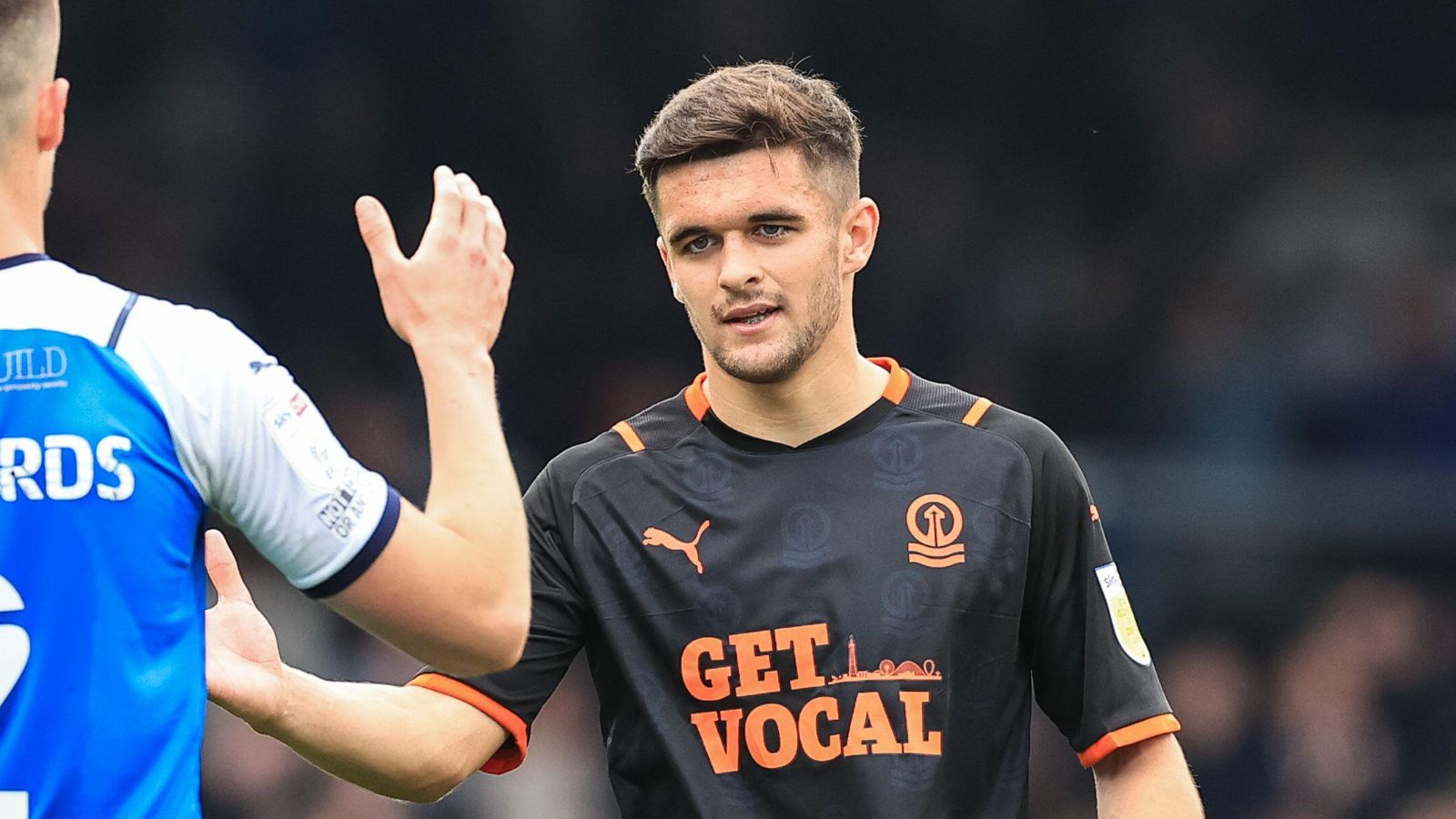 The 17-year-old attacker is the first male professional footballer to publicly come out as gay since Justin Fashanu in 1990.

He told Sky Sports: “It’s been quite a crazy year. I’m 17. I’ve signed a professional contract. I’ve scored 30 goals this season and I’ve just made my first-team debut in the Championship, coming off the bench against Peterborough.

“And now I have decided to come out. Everything has happened at once but it feels right.

“When this season started, I just wanted to prove myself as a player. I think I have. So this was the one last thing in my head that I knew I needed to do.

“Now it’s out, and people know. Now I can just live my life how I want to and you know what? It’s been incredible.”

Massive respect for this brave decision. Let's all help create a safe and supportive environment for LGBTQ+ people in football and beyond! 👏🏽 https://t.co/KUpCaYPap7

Daniels said on the Blackpool club website he had been inspired by other sportsmen to reveal his sexuality.

“It’s a step into the unknown being one of the first footballers in this country to reveal my sexuality,” he said.

“But I’ve been inspired by Josh Cavallo (Adelaide defender), Matt Morton (Thetford manager) and athletes from other sports, like Tom Daley, to have the courage and determination to drive change.

“The subject of being gay, or bi or queer in men’s football is still a taboo. I think it comes down to how a lot of footballers want to be known for their masculinity.

“And people see being gay as being weak, something you can be picked on for on the football field. It’s an easy thing for people to target.

“The way I see it is that I am playing football and they are shouting stuff at me, but they are paying to watch me play football and I am living my life and making money from it.

“So shout what you want, it’s not going to make a difference.

“I won’t stop people from saying that stuff, I just need to learn how to not let it affect me.

“I am hoping that by coming out, I can be a role model, to help others come out if they want to.

“I am only 17 but I am clear that this is what I want to do and if, by me coming out, other people look at me and feel maybe they can do it as well, that would be brilliant.”

Daniels was full of praise for Blackpool and his team-mates at the Sky Bet Championship club.

He said: “Blackpool have been absolutely amazing too. I am with them every day and I felt safe.

“My team-mates have all been so supportive about it and everyone has had my back.

“They’ve been asking tons of questions, they have all been intrigued and their reaction has been brilliant. It’s the best thing I could have asked for.

“Of course, everyone was kind of shocked in a way and they were asking why I didn’t tell them earlier. That was a great reaction because it showed how much they cared.

“The captain (Chris Maxwell) was one of the main people I told and he also asked me loads of questions. In the end he just said, ‘I’m just so proud of you’. It meant so much.

“I like it when people ask questions. I just want to get it all out and for people to hear my story.”