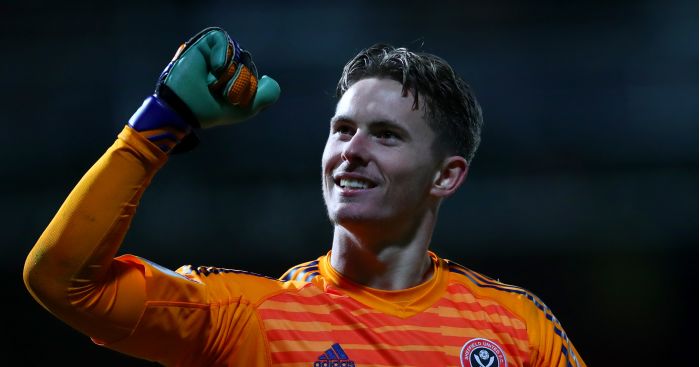 Sheffield United boss Chris Wilder is hopeful of re-signing Manchester United goalkeeper Dean Henderson ahead of their return to the Premier League.

Loan signing Henderson, 22, proved a huge success this term as the Blades finished runners-up in the Sky Bet Championship to end a 12-year exile from the top flight.

Henderson kept 21 clean sheets to win the Championship Golden Glove award, and said after the Blades won promotion that he wanted to return to Bramall Lane next season.

Manchester United’s own goalkeeping situation remain uncertain, with doubts over the future of Spain star David De Gea, but manager Ole Gunnar Solskjaer appears to be open to the idea of again loaning out his England Under-21 international.

“We’re working our way through it,” Wilder told Press Association Sport over the ongoing Henderson talks.

“We’ve been in discussions with Manchester United and I think they see it as a positive that he gets a year of Premier League football under his belt.

“I know Dean definitely wants to stop and our supporters absolutely adore him.

“We’ve got a good relationship with Manchester United and if Dean signs we’ll be delighted.

“He’s been outstanding since he’s been at the club. He had a fantastic loan period at Shrewsbury, he’s kicked on and has a wonderful future ahead of him.”