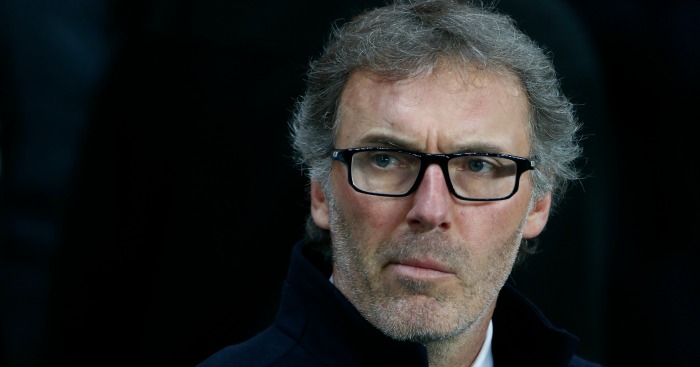 Laurent Blanc has thanked Paris Saint-Germain for their “show of faith” after signing a new two-year contract.

The 50-year-old has overseen back-to-back Ligue 1 titles at PSG, with the club on course to win again after building a 24-point lead over nearest rivals Monaco. They are also through to the last 16 of the Champions League and face Chelsea next week.

Blanc described the offer of an extension as a “show of faith” from the club’s wealthy Qatari owners.

“Quite simply, we need to look to the future, that’s the way I see it,” he told the club’s official website.

“Of course, it’s a strong show of faith, and I’m very happy, also for my staff. A coach is nothing without his staff. For us, continuing the adventure is a show of faith but also a big responsibility.

“The club has ambitions both nationally and in Europe, and we’ll do all we can to reach those objectives. We’ll get there; we’re ready. We’re aware that we’re at a big club where expectations are very high.”

Blanc took over in the French capital in the summer of 2013, replacing the Real Madrid-bound Carlo Ancelotti.

As well as the consecutive league titles, PSG have also won the Coupe de la Ligue in each of the last two seasons.

PSG have twice reached the last eight of the Champions League under Blanc but he admits winning the competition has got to be a target for his side now.

“When you’re a coach, you need to be a winner, a competitor,” he added.

“The lads who have been at Paris Saint-Germain for a few years are winners, conquerors – we’ve proved it out on the pitch. There’s still one competition that has eluded us – the Champions League – and it’s very difficult to win. But one day, Paris St Germain will win it.”

Blanc, who was part of France’s 1998 World Cup-winning squad and also played in England for Manchester United towards the end of his career, started out in management at Bordeaux.

He enjoyed great success with Les Girondins, winning the Ligue 1 title in his second season having been runners-up at the end of his first.

He took France to the quarter-finals of Euro 2012.