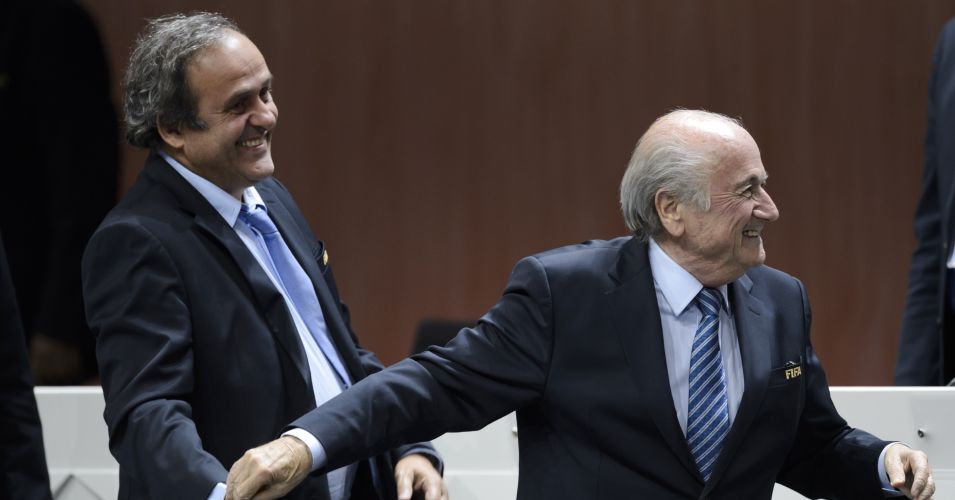 Sepp Blatter and Michel Platini have both been provisionally banned for 90 days from any football-related activity.

Outgoing FIFA president Blatter and UEFA president Platini – who had been favourite to succeed 79-year-old Blatter – will now not be involved in any football activity for the next three months while investigations continue. The 90-day suspension can also be extended by a further 45 days.

A statement from FIFA’s ethics committee said: “During this time, the above individuals are banned from all football activities on a national and international level. The bans come into force immediately.”

The statement from FIFA’s ethics committee said: “The adjudicatory chamber of the ethics committee chaired by Hans Joachim Eckert has provisionally banned FIFA President Joseph S. Blatter, UEFA president and FIFA vice-president Michel Platini, and FIFA secretary General Jerome Valcke (who has already been put on leave by his employer FIFA) for a duration of 90 days. The duration of the bans may be extended for an additional period not exceeding 45 days.

“The former FIFA vice-president Chung Mong-Joon has been banned for six years and fined 100,000 Swiss francs. During this time, the above individuals are banned from all football activities on a national and international level. The bans come into force immediately.

“The proceedings against the South Korean football official Chung Mong-joon were opened in January 2015 based on findings in the report on the investigation into the bidding process for the 2018/2022 FIFA World Cups. He has been found guilty of infringing article 13 (general rules of conduct), article 16 (confidentiality), article 18 (duty of disclosure, cooperation and reporting), article 41 (obligation of the parties to collaborate) and article 42 (general obligation to collaborate) of the FIFA code of ethics.”

“The ethics committee is unable to comment on the details of the decisions until they become final, due to the provisions of article 36 (confidentiality) of the FIFA code of ethics.”