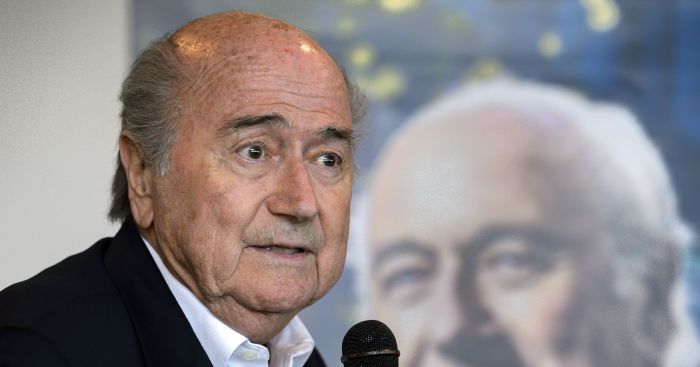 Former FIFA president Sepp Blatter has claimed that he has “witnessed draws at a European level” that were fixed by manipulating balls.

Blatter is currently appealing a six-year ban imposed on him by FIFA after a being found guilty of a series of breaches, including a “disloyal payment” to former UEFA president Michel Platini.

The 80-year-old rejects that any FIFA draws were rigged during his 18 years as the boss of football’s world governing body, but admits he has seen a “cold and hot ball” method used at European level.

“The [2014 World Cup] draw was clean until the last detail,” Blatter said in an interview with Argentine newspaper La Nacion.

“I never touched the balls, which was something that others had to do. Of course, it can be signalled, by heating or cooling them.

“It’s technically possible. It did not happen in FIFA, but I witnessed draws at a European level in which it happened – but never in FIFA.

“It could have happened, but in my case it never did, ever.

“If you put the balls in the refrigerator before, a simple comparison between one and the other by touching them determines the cold and hot balls. By touching them you already know what it is.”