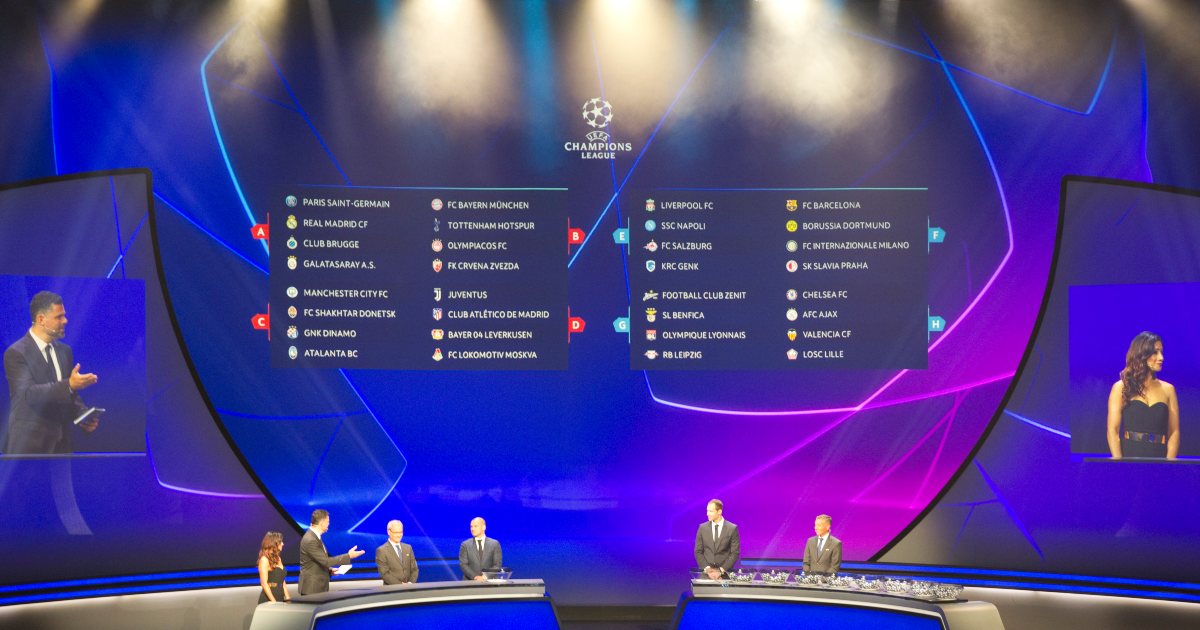 You might think that the Champions League in its current format leads to too many dead rubbers, but wait until 2024 when it expands to 36 teams playing 180 games to knock out 12 sides. It’s set to be approved this month. The first phase will be played from September to January, and each team will play 10 different games against different opposition. The top eight will go straight through to the round of 16 and the ninth to 24th place will play a play-off to decide the other eight teams in the round of 16.

With 10 games before it gets to the knockout stage, and then play-offs, we’ll surely all have turned off after half of them are played. This doesn’t seem to trouble anyone. Inspired by trying to fend off a European Super League and governed by the more games = more money principle, our interest – or otherwise – is irrelevant. If you thought you were important, think again. You’re not, I’m not. None of us are.

This is often called the Swiss System and has been pushed by Juventus’s Andrea Agnelli. One thing seems to have been forgotten: us.

Do you want this?

Don’t answer that, there’s no point, they’re not listening and won’t be listening. That’s the shocking thing. It’s not that UEFA have cooked up a mad idea, it’s that they have done so and have either taken our support for granted or simply don’t consider it relevant. Probably both.

Will the grounds be full as Bayern Munich field their reserve side for their final five games having won the first five? No, they won’t. It is assumed that all clubs want packed stadiums roaring on their side, but is that really true? Agnelli or any of the other European hierarchy don’t care if we like their expanded format or not. They only care about getting rights fees from TV broadcasters. We’re not in that equation because, contrary to what we think, the broadcasters don’t care if we watch or not. Recent years have proven that. They’ve got their own agenda. Don’t forget that the likes of BT Sport can amortise the losses they make from overpaying to show live football across the whole company. If hardly anyone watches, it doesn’t matter.

They’ve managed to play one and a half Champions Leagues without any fans in stadiums and it all seems to go on like it ever does. The players do not seem noticeably less excited to score, nobody celebrates a win any less. The games are broadcast and discussed, same as ever. A little lip service is given to the lack of fans, everyone picks up their cash and goes home. Didn’t see it? Well, that doesn’t matter.

Whether we come back or whether we don’t, it doesn’t really matter to them. Broadcasters are paying for the whole shooting match and if they continue to do so, and there is not any indication that they will not, then it’ll carry on like this whether we want it to or not.

With the Champions League behind a paywall, not many of the interested audience will be able to see the biggest games, let alone the more obscure matches. If BT Sport gets over 1.5 million watching any game, it thinks it is doing well. Maybe by its own standards, it is. The fact that there will be an unmeasurably small audience in the UK and across most of Europe to watch Legia Warsaw playing Bodo/Glimt, simply doesn’t carry any weight with them.

With audience numbers ranging from utterly pathetic to alright, you’d think they’d give it up, but they don’t. Not being popular doesn’t seem to dissuade them. Spending large amounts of money is apparently fine. And that’s how you end up with a tournament with 12 extra sides and a 10-game league stage plus play-offs, which will obviously result in a lot of games nobody will be interested in. But it doesn’t matter if no-one is interested, all that matters is that it’s played and the money handed over.

You might argue for the sake of accuracy it needs rebranding, you might argue that European football is a dead man walking because it means horrendous carbon footprints for all concerned, or you might just shrug, walk away and go to watch your local amateur club instead. As long as the broadcasters keep on paying, the games will be played, even if absolutely no-one is watching. And, if the broadcasters consider the Champions League to be worth broadcasting when no-one is watching (and they do, they’ve been doing it for years now) then it will keep on happening.

It’s a remarkable moment in history when, with the tumbleweed blowing through the broadcasting halls of UEFA’s primo competition, as it is diluted as a spectacle to homeopathic levels, the game drags on regardless, kept afloat by broadcaster money, playing to an audience of literally some people, as the shift from football being the People’s Game to being just another 40-second content clip on social media continues apace.

As financial disparities continue to widen and smaller clubs get pushed into the role of supporting actors to be strung up by the legs and gutted by one of the European super clubs, there is only one way this is all going. This new format is supposed to be in place until 2033 but there’s no way that it’ll run that long.

Ultimately there has to be a European Super League. There’s no holding back that tide. We would want it sealed. No dropping out. No getting in. No return to English/domestic football allowed once you’ve joined.

But the elite clubs do not want that. They want to have a foot in each camp, fielding their reserves in either league when it suits them. That isn’t a runner, surely. You’re either in or you’re out. But then, what we want is not required information here, and they’ll probably let them do it.

Again, we will not be consulted in this. Again, we will be entirely taken for granted. Again, it relies entirely on the broadcasters puking up an enormous slurry of cash for the pleasure of broadcasting this contrived shite to us. And up with it they will come. The fact that so many of the games not involving English clubs are already watched by next to no-one in this country, doesn’t bother them now. So, if there are a lot more games that no-one watches, so what?

Who cares if they want to keep broadcasting Manchester United against Bayern Munich every hour, of every day, until the end of time? Knock yourself out. Just turn out the light when you’re done because we’re outta here.

But then you don’t care about that either, do you?