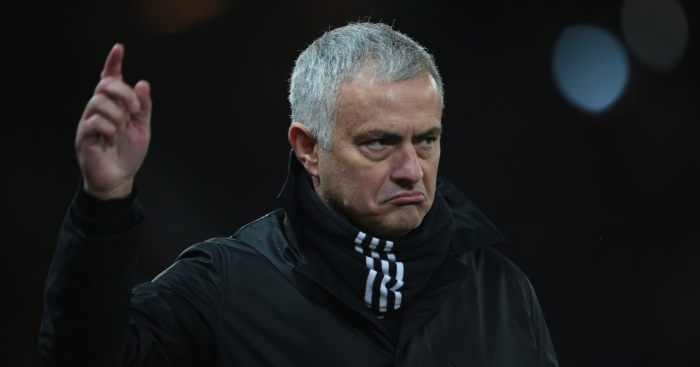 Jose Mourinho’s Manchester United tenure is over after the Premier League club announced his departure on Tuesday morning.

The 55-year-old will leave his position with immediate effect.

United are sixth in the league table, 19 points adrift of bitter rivals Liverpool, whose 3-1 win over Mourinho’s men on Sunday turned out to be his last match in charge.

“The club would like to thank Jose for his work during his time at Manchester United and wish him success in the future.

“A new caretaker manager will be appointed until the end of the current season, while the club conducts a thorough recruitment process for a new, full-time manager.”

The Portuguese joined United in May 2016 and guided them to success in the Community Shield, League Cup and Europa League in his first season.

But he was unable to deliver success in the Premier League, with United finishing sixth in 2017, and second – but 19 points adrift of runaway champions Manchester City – in 2018.

Michael Carrick will take charge of training today, before an interim boss is appointed. That move is expected to happen before the end of the week.

A man with a reputation for having difficult third seasons throughout his career could not change that pattern at Old Trafford, with recent months being marked by high-profile clashes with star players Paul Pogba and Anthony Martial, and apparent discontent over the club’s failure to sign a defender in the summer.

The final straw came at Anfield on Sunday, when two late deflected goals from Xherdan Shaqiri condemned United to defeat, leaving Mourinho with only seven wins and five draws from 17 league games this season.

In January this year United handed Mourinho a contract extension until 2020, but have now parted with the former Chelsea, Inter Milan and Real Madrid boss.

Wondering how Manchester United might fare post-Mourinho? We look at what happened next at all the other clubs he left.