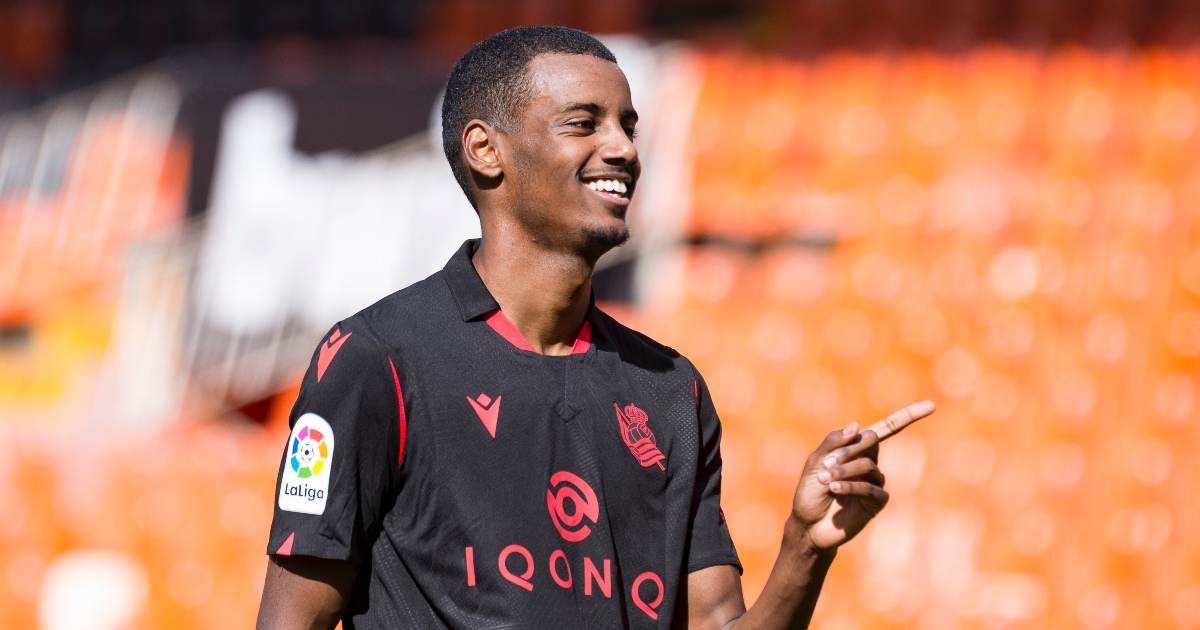 Premier League sides Liverpool and Arsenal have suffered a major blow in their pursuit of Sweden star Alexander Isak.

The Real Sociedad man put in some great displays for his country as they reached the last 16 of Euro 2020.

His form also earned admiring glances from Real Madrid and Chelsea, but a summer move is now off the cards.

Five nagging England concerns we needn’t have worried about

Sociedad have confirmed a new five-year deal for Isak to ward off interest from top European clubs.

The contract will keep him at the Anoeta Stadium until June 2026.

“It is a great club, I feel loved here and hope to enjoy things with this team for many more years.”

Out of all the clubs mentioned, Arsenal were most interested in securing the player’s services.

Last week, reports suggested they had held talks with Sociedad, putting them in pole position for a transfer.

But Gunners boss Mikel Arteta will now have to look at alternative targets to improve his forward line.

The news could take him to Slavia Prague goalscorer Abdallah Sima, who has already been nicknamed ‘the new Thierry Henry‘.

Reports in Spain claim Isak’s new buy-out clause is set at €90m (£77m). He will therefore need to impress for another couple of seasons before tempting a Premier League side into a major bid.

Isak originally joined Sociedad from Dortmund for a £13.5m fee in 2019. He managed 16 goals in all competitions during his breakthrough season, making himself one of the club’s top players in the process.

In 2020/21, he built on that record by scoring 17 goals in 34 La Liga games. Isak looks destined to become a regular challenger for the Pichichi trophy, awarded by Marca to La Liga’s top scorer.

At Euro 2020, Isak failed to add to his Sweden account. However, he helped his team with an assist during their knockout stage defeat to Ukraine.

He held the ball up well before turning and playing in Emil Forsberg. The RB Leipzig man’s shot was then helped into the net by a deflection.

Isak could still light up the Premier League in the future, but he will now cost one of the top six an even bigger fee.