Home All The News Blow for Liverpool as ‘untouchable’ stance revealed 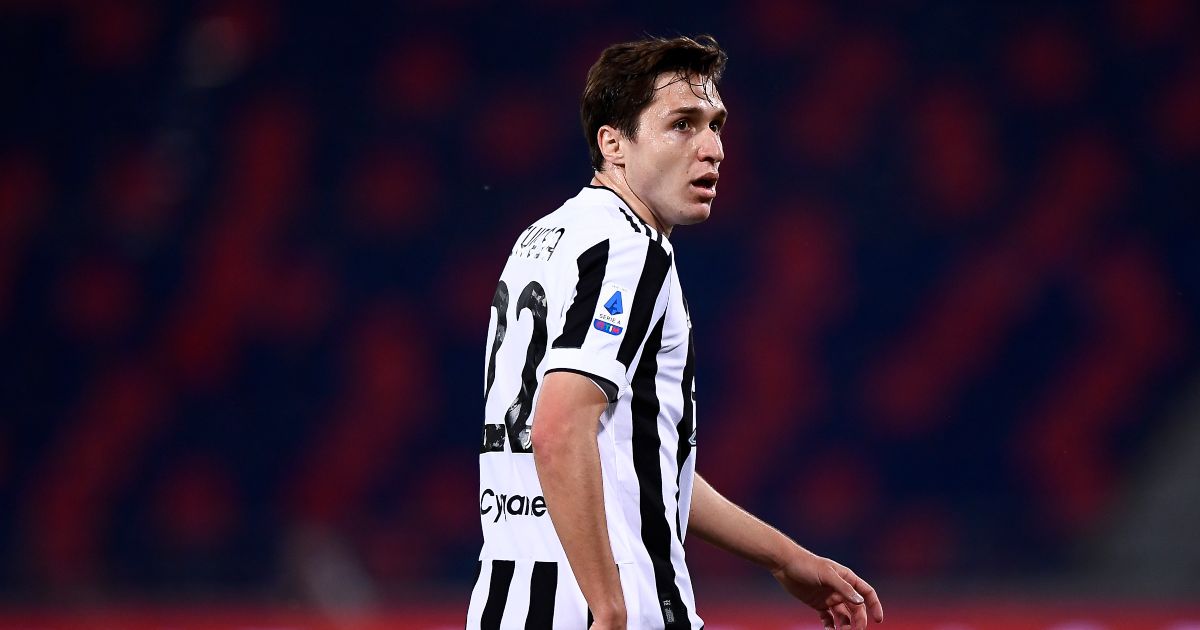 Liverpool have not made a bid for Federico Chiesa and Juventus will not sell at any price, according to transfer expert Fabrizio Romano.

The Reds are looking to bring in an attacking player this summer to improve their options going forward with Wolves’ Adama Traore also linked.

Chiesa, who played a starring role as Italy won the European Championship this summer, has been heavily linked in recent weeks.

Nice little earners: An XI who followed the money…

Speculation has also mentioned Chelsea and Manchester City as other possible destinations for the Italy international this summer.

Liverpool apparently made their first move over the weekend with a report in Italy suggesting they had made an £86m bid for Chiesa, which was rejected by Juventus.

The report added that Chiesa is thought to be Klopp’s ‘perfect’ winger for his current 4-3-3 system, competing with the likes of Diogo Jota, Mohamed Salah, and Sadio Mane for a starting spot.

Chiesa is currently contracted with Fiorentina but is midway through a two-year loan spell at the Old Lady, which will become permanent for £36m next summer if certain conditions are met.

And now Fabrizio Romano says that Liverpool ‘have NOT made an official bid’ for Chiesa with ‘nothing going on and no chance to sign him this summer’.

Chiesa ‘is considered ‘untouchable’ by the Juventus hierarchy and the ‘Liverpool board knows about Juventus’ stance’.

Liverpool have NOT made an official bid for Federico Chiesa despite rumours. There’s nothing going on and no chance to sign him this summer. ❌🇮🇹 #LFC

Liverpool board knows about Juventus stance. Chiesa is considered ‘untouchable’ – FC Bayern are aware of this decision too.

Meanwhile, former England goalkeeper Paul Robinson thinks Liverpool should sell Mo Salah if he refuses to commit to a new deal at Anfield.

Robinson said: “We have been here with Coutinho. Everybody was panicking when Coutinho left but the side was rebuilt on that money.

“You look at where they have gone since he left and you would have to say that they are in a better place.

“I am not an advocate of allowing players to run down their contracts. If a contract cannot be done, from a business sense, transfers have to be conducted.

“The fee Liverpool could get for Salah now would be huge. But that will not be the case in 12 months’ time when he is another year older with just 12 month left on his deal. He could quite easily then leave on a free.”