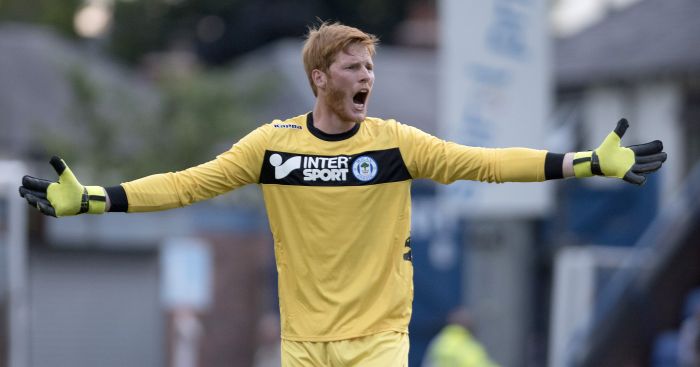 Liverpool goalkeeper Adam Bogdan’s loan spell at Wigan is expected to be cut short after he suffered a season-ending knee injury.

Bogdan, who joined the Latics in the summer and was due to stay for the full campaign, was carried off on a stretcher during the second half of the goalless draw at Barnsley on Saturday.

Scans have revealed the Hungary international suffered a tear to his anterior cruciate ligament, which usually means at least six months on the sidelines.

He told his followers on Instagram: “I have just received the result of my MRI scan, which showed that I tore my ACL in my right knee.

“It will be a lengthy recovery. I am sure I will return stronger.”

I have just received the result of my MRI scan which showed that I tore my ACL in my right knee, so it will be a lengthly recovery. I am sure I will return stronger! ?? (photo: @gettyimages)

Bogdan was allowed to move to Championship club Wigan after Liverpool’s acquisition of Loris Karius, coupled with the rise of highly-rated young keeper Danny Ward, left him surplus to requirements at Anfield.

The 29-year-old has made six appearances for the Reds, two in the Premier League, since signing on a free transfer from Bolton in the summer of 2015.