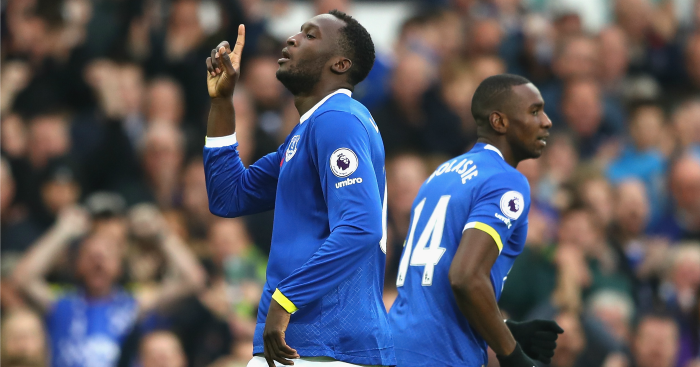 Yet there was another, less obvious problem that Martinez failed to resolve: creativity. Only six teams scored more goals than Everton in the Premier League last season, so it seems unfair to criticise them for a lack of invention, but too often Romelu Lukaku was left as an isolated and frustratedstriker. You suspect that only Martinez’s departure persuaded the Belgian that he should remain at Goodison for at least another season.

Looking at a list of chance creators last season helps to identify the issue. The only Everton player to make a list of the top 25 was Ross Barkley in 17th, fewer than Alberto Moreno, James Milner and Jason Puncheon and level with the relegated Moussa Sissoko. The only other Evertonian to make the top 60 was Lukaku himself. Top scorer, second-highest creator; it’s a difficult gig.

Most notable was the absence of creativity from wide areas. Gerard Deulofeu managed 36, but next came Gareth Barry in Everton’s list. Aston Villa, Sunderland and West Brom were the only three other Premier League teams without a wide player creating 40 or more chances. That’s inauspicious company to share when you pride yourself on free-flowing invention.

That is particularly galling when you have a striker in Lukaku who thrives on service from wide. Everton’s star player was being sold short by the flaws both in Everton’s squad and his manager’s style. Martinez regularly picked Tom Cleverley wide left, an emphatic dedication to squeezing square pegs into round holes. Lukaku was regularly expected to receive the ball, shield it and beat a man before taking a shot.

The arrival of Yannick Bolasie has solved that issue instantly, and breathed even more life into Lukaku’s Everton career. Bolasie’s determination to close down the ball and slide to set up Lukaku’s opener was his fourth assist of the season; all four have been for a striker who is now the joint-top scorer in the division. No pair in the Premier League have combined more often, while in Bolasie, Everton finally have a wide player in the top 20 chance creators. Their goofy celebratory dance shows just how quickly Everton have grown a pair.

As a result of Bolasie’s energy, pace and delivery, Lukaku can concentrate on what he does best and thus Everton aren’t quite so reliant on his ability outside the penalty area. From two players in the top 60 chance creators last season, Everton have three in the top 20 in this campaign. Increased defensive solidity doesn’t have to mean less creativity.

4 – Yannick Bolasie has assisted four PL goals for Romelu Lukaku this season, the most from one player to another. Understanding.

Another interesting tweak is in Barkley’s positioning. One of the criticisms of Barkley is in his positional discipline and, given a free role under Martinez, he often drifted deep and wide. He was a key factor in Lukaku’s isolation.

Not only has Koeman subjected Barkley to plenty of public tough love, but he’s removed the on-pitch freedom that fails to get the best out of the midfielder. Like a wise old schoolteacher taking the struggling child under his wing, Koeman has cajoled and guided Barkley, clearly instructing him to stay closer to the striker than the central midfield pair; his average position is higher up the pitch than under Martinez. Positional discipline and creativity can be mutually inclusive.

As a result, Barkley has had four or more shots in six of his nine league games this season. He did so once in his last 12 games under Martinez. Barkley has created 42% of last season’s chances total in only 24% of the minutes.

Everton are far from the finished article, but the signs are positive. Eleventh in May has become sixth at the start of November, even after a difficult run of two points from four games. Ronald Koeman never promised to fix Everton’s problems quickly, merely to fix them properly. In the final third, rewards are already being reaped.